Dry January, I'll drink to that: a positive piece about alcohol Drink. I’m a superfan. I’m not talking about the stuff that keeps you pepped or hydrated. I mean booze. Particularly sparkling wine, and more recently, espresso martini. You’d think I’d be over caffeine after the eight-or-so coffees I guzzle in a day. But I’m not. Mix espresso with Vodka and Kahlua before sloshing it around in a cocktail shaker, and I’m in.

I write about this love affair because we’ve just come out of the festive season, a time fueled by a merry drip of mulled wine and prosecco. Many will now give it a rest for what’s dubbed Dry January (or Drynuary, if you’re one of those). It’s a phenomenon that’s grown in popularity over recent years, the idea being to kick-start a healthy new year by abstaining from alcohol for a month. Go online, and you’ll read about it. Social media feeds are filled with posts about how clever people are to put down the bottle. Scroll through the same feed on February 1, and you’ll likely find they celebrated four weeks of sobriety with a massive binge-drinking session, proven worse for your health than regularly drinking within the recommended guidelines.

There’s no denying it, sobering up has benefits. Of Dry January participants, 86 percent save money, 70 percent have better sleep, and 66 percent feel more energized. Stepping back from alcohol also allows space to reflect on our relationship with it, a reality check that can save lives. Let’s be clear, alcoholism is a crippling disease. While I’ve never found myself on the thorny end of the addiction stick, I’ve witnessed the trauma of loved ones impaled on theirs. But this article isn’t about binge-drinking or addiction. I’m talking about enjoying a drink and doing so within your limit — something I do now but haven’t always done.

Like many, my relationship with alcohol started in my teens. Growing up in Manchester, England, there was no shortage of places or parties to get boozed up. I spent college evenings stuck to various dance floors downing cheap beer and Jager Bombs.

The fun continued at university where a favorite drinking game was set to Roxanne by British rock band, The Police. Whenever front man Sting sang the word “Roxanne,” players took a swig of liquor — it was three minutes and 12 seconds of giddy chaos. Alongside was my now husband, Shane. As drinking buddies, we enjoyed many nights out. One was spent dousing our fingers in Sambuca only to set them on fire and watch the alcohol burn. Under the influence themselves, other students were hypnotized by our sorcery. The drunker we got, the braver we felt, and by the end of the evening we were soaking our blistered fingertips in pints of cold water.

For years, wonted intoxication meant mornings cradling a sausage McMuffin in one hand and a bucket in the other. It sounds horrifying, I know. But that was the student mentality, and we were far from the worst example of derogatory drunks. We were just daft.

And who at university wasn’t an idiot?

I don’t drink like that now and would never drink that way again. Health hazards aside, hangovers are awful, and I’m too busy to waste days under duvets with self-inflicted illness. 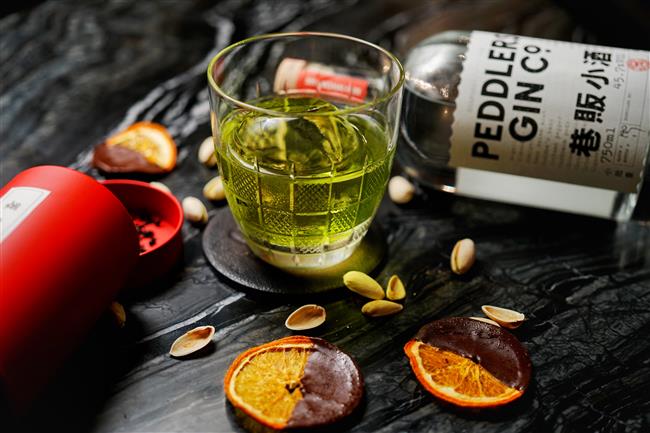 But I still enjoy a drink. Now it’s about a glass or two at the end of long day while cooking dinner. With supper sizzling in the pan and the smell of food filling the kitchen, a rich Rioja tastes good. And I appreciate the invitation to spend time that a bottle of wine between friends initiates. Sometimes followed by the shared thrill of knowing you shouldn’t — but will — open a second, even though it’s Sunday. Occasionally I still drink more than I should, and I enjoy being tipsy. I’ve never been a “bad drunk,” I’m just me but with less coordination and a keenness to know everything about you.

Shanghai is packed with beautiful bars. Our city also boasts independent wine retailers and more boutique beer than you can shake a paracetamol at. It’s a liquid playground for the thirsty.

So there it is, a positive piece about alcohol. I spent this time last year smugly crossing off days in Dry January. Now I have no such inclination and am happy to raise a glass. So here’s to 2021.

Apologies in advance if I get a bit squiffy.

﻿
Special Reports
ADVERTISEMENT
62417
,
Dry January, I'll drink to that: a positive piece about alcohol
Resolutions without remorse: a revealing conversation with Shanghai's dream coach
Small bridges for dialogue and cooperation
No Second Fiddle: Celebrating Shanghai's lesser-known gems
'Mulan,' Nanjing Road and smashing poverty: a non-COVID look back at 2020
Christmas under COVID-19: How to celebrate and why you should
It's officially winter, but don't expect a white Christmas
Shanghai's surprising answer to Martha Stewart and the gift of saying: 'Yes'
Thousands out of quarantine, but an uncertain winter looms just around the corner
Grief connects us all: Welcome to the club
EXPLORE SHINE