'Norms' of caste keep Americans divided, unable to work together 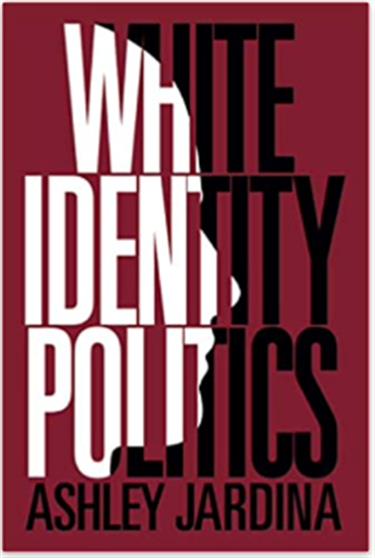 Ashley Jardina’s “White Identity Politics” is a well-written and soundly documented book. While not a mirror image of Isabel Wilkerson’s “Caste,” it is almost a “twin” of sorts.

Ms. Wilkerson frames the Black-white divide as the consequence of our maintaining, however unconsciously, the centuries-old American “caste system” based upon the skin color differentiation between white people and all others, especially Blacks.

Interestingly, although Ms. Jardina in her book explicitly dives into the complexities and nuances of “white identity,” she also helps underline that it is simplistic to identify those millions of whites who are pushing back against immigration, the reality of rising numbers of non-whites, and the cultural differences between urban and rural America as being also inextricably “racist.”

She shows how the unconscious, but deeply absorbed, “norms” of caste influences who people “see” people who appear to them to be “different” in some way.  Resentment, fear, and unease about the future CAN be shared by those who are racist but are not markers of racism. They, instead, demonstrate an awareness of loss of status, the slipping of their place in the social order, and a deep pessimism about what this holds for their children’s future.

In the book Ms. Jardina takes pains to show the many gradations that exist within the larger universe of white identity: the level, for instance, that people identify with others as “white people,” or the degree by which such people are drawn to positions of solidarity with “all whites,” and the extent to which they are expressing more resentment at the loss — or perceived loss — of their economic status as opposed to specifically blaming others, especially people of color, for that loss.

Unaddressed, nationalist populists will use their slipping middle class status, the steady loss of good jobs, the dying out of rural communities, and the not very well suppressed disdain of some of the cultural and political elites to keep them angry, resentful, and enraged.

What this country desperately needs is a populism that is inclusive and substantial, one that challenges and overcomes the strangle-hold the extremely wealthy and powerful individuals and corporations have over the rest of us.

What we must also do is avoid those kind of targeted programs that only further stir up resentment among whites, and many other groups as well and, instead, build upon, strengthen, and expand those programs and policies which benefit the widest possible number of Americans and which, not so incidentally, are also good news to people of color and the poorest among us, programs such as Social Security, Medicare, affordable health care for all, revitalizing rural communities and expanding resource-protecting farming, etc.

These will likely be celebrated by the vast majority of Americans as truly speaking to THEIR needs and, thus, work to diminish the “we-them” divide that would-be demagogues count on to keep people unable to work together.

Such programs will, however, definitely cost money, and those who serve the interests of the wealthy and powerful will loudly wail that “we cannot afford them.”  A sound never raised when taxes are cut for the rich or tax breaks offered to fossil fuel producers.

The author was a member of the Iowa State House of Representatives before retirement. The views expressed are his own.