People have mental illnesses; they are not defined by their symptoms.

For better or worse, the media shapes our ideas and how we understand the world around us. So when mental health is granted space on the pages of papers and news feeds, it can be a cause for good. In recent years, we’ve seen better awareness about relatively common conditions like anxiety, but we’re not out of the woods. Severe mental health issues, such as psychotic illnesses, are consistently misrepresented and remain shrouded in stigma. The truth is, not all depictions of mental health are useful, and some are damn right damaging — one of the more toxic ideas being this old-hat association between serious mental illness and violence.

So when news spread that a woman with a mental health condition attacked an actor at Shanghai Disneyland, I couldn’t help but wonder: If there are two sides to a story, is mental illness getting fair representation?

Talking about mental health is important. Scrap that, critical. Communication has the power to raise awareness, challenge attitudes and right wrongs. But misrepresentation leads to misunderstanding, which in any part of life has real and discriminatory consequences.

Based on countless characters in popular culture, it’d be easy to believe all kinds of nonsense about mental health. Generalization means we expect those with the same illness to act a certain way. For instance, everyone with depression is suicidal, and anyone with obsessive-compulsive disorder is overly concerned with light switches. There’s an emphasis on people with mental illness as being separate from the general fabric of society. And most favored, that anyone with schizophrenia is a homicidal maniac one episode away from skinning a cat.

Confession: I’ve watched more crime dramas than I’ve had hot dinners. The stuff is addictive. “Criminal: UK”: binge-worthy. “Happy Valley”: bloody brilliant. “Fargo”: essential viewing for anyone with eyeballs. And don’t get me started on true crime. I get it; if antagonists were well-rounded individuals committed to paying taxes and recycling, we’d eat less popcorn. We leave persuasion and rationality at the Netflix door. It’s entertainment, so what’s the fuss?

Studies indicate that mass media is one of the public’s primary sources of information about disorders like bipolar, depression and schizophrenia. One study found that film and television representations are so powerful they override people’s lived experience of mental illness. You might argue content doesn’t cloud your judgement, but those on the receiving end of representation aren’t convinced. MIND, a UK mental health charity, found that negative coverage has a direct and harmful impact on the lives of people with mental illness.

As such, news outlets have a great responsibility in balancing the mental health scales, bringing equilibrium to that which is off-kilter. 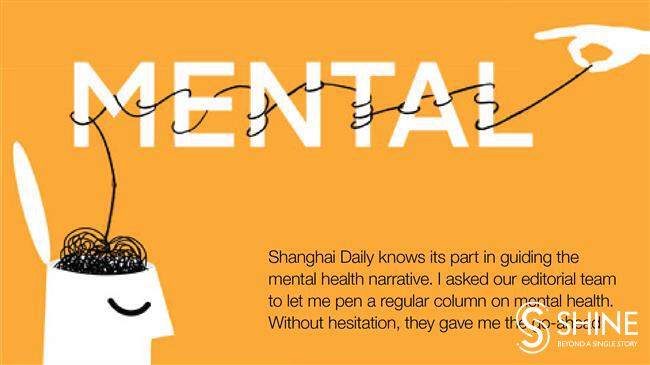 Check in with "Emma Leaning is MENTAL" on the first Monday of every month, or click here for the homepage.

Words have power. They can hurt, soothe, honor and insult. They inform or misinform, unite or divide. Words reflect and form prevailing attitudes that, in turn, affect social behavior. If the pen is mightier than the sword, we should be careful who we swing it at. Headlines like “Chinese woman attacking Shanghai Disneyland performer diagnosed with acute psychosis” have the power to transform a health condition into a public safety concern. Intentional or not, they perpetuate myths and stoke fear.

Fact: Mental illness plays no part in most crimes. Instead, age, gender, substance abuse and education are far stronger pointers toward criminality. People with a mental health problem are no more violent than anyone else; they’re more likely to be victims of abuse. But depictions of the mentally ill attacking strangers do much to shape public opinion. Despite their infrequency, they appear familiar and serve to reinforce the fictional stereotype of “mad, bad, or dangerous.” And it won’t do.

People have mental illnesses; they are not their symptoms. I have an eating disorder and occasional bouts of anxiety and depression. None of which define me. I’m characterized by the people I love, the life I’m lucky enough to live, the way I treat others, my hatred of Scrabble, and how proud I am to be your columnist.

Shanghai Daily knows its part in guiding the mental health narrative. We’ve been the city’s local newspaper for more than 21 years; you can’t do that without respect and care for the community you represent: all of it. In my first few weeks at the paper, I asked our editorial team to let me pen a regular column on mental health. Without hesitation, they gave me the go-ahead.

The media needs to work harder to avoid framing people with mental health problems as one-dimensional beings. It must contextualize stories, put words wisely and include the voice of experience. As consumers, we should remember that anyone can develop a mental health disorder; it could be you, a loved one, a friend or colleague. And while we won’t get it right every time, our commitment to the cure must be clear. Progress, not perfection.

Only then will we write a better — more accurate — story about mental health. 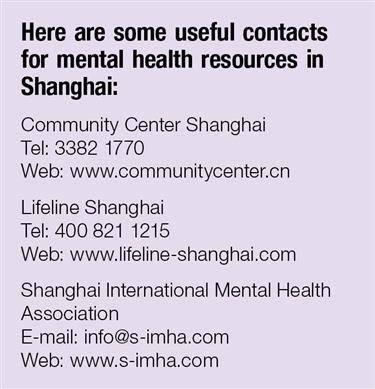 For more on mental health, head to "Emma Leaning is MENTAL."