What?! Is buying a cat in Shanghai really that expensive?!

Okay, first things first, I really don’t recommend buying a cat in Shanghai. The streets are peppered with cute, homeless cats that you can slowly get to know with a bag of tasty cat treats and a little time. If you hit it off, take him or her to your nearest vet for some jabs, a wash and a flea treatment and you have a new little buddy. But if it’s a more, err, exotic breed you’re looking for, this is your guide to five of the most popular types of cat in Shanghai today.

I went down to Big Boss recently, a pet store near my home, to sit down and have a play with some of Shanghai’s most popular cats as I chatted with store manager Jiangjiang. 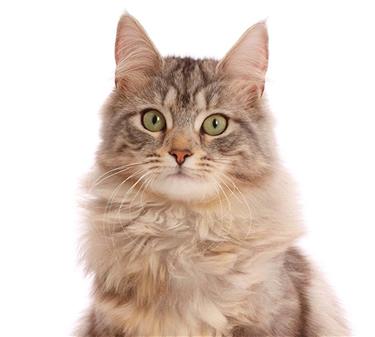 The Maine Coon is a majestic, friendly giant.

First up, I just had to ask about the Maine Coon, an extremely large cat that is often mistaken for a wild animal. Hailing from the state of Maine in the USA, hence the name, the Maine Coon has become extremely popular lately because of his wild and majestic appearance.

They have huge faces, ears, bodies and paws, and at first sight might send you into panic mode, but despite their size and appearance they are extremely friendly, that’s why they’re often referred to as “the gentle giant.”

If big is what you’re looking for, go for the male variety – females are a bit smaller but retain the other distinctive features. 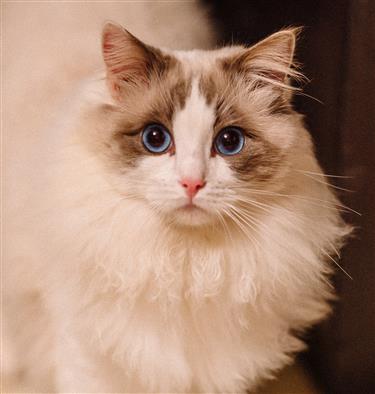 Named for his floppy nature, the Ragdoll is one of Shanghai's most popular breeds today.

This type of cat, first bred by a woman named Ann Baker in California, USA, has a placid nature and won’t get angry, making him perfect for small kids. The Ragdoll gets his name from the fact that when picked up he will go limp like a ragdoll.

One of the things that makes them so popular in Shanghai, though, is their blue eyes and unique fur coloring. “They all have blue eyes,” Jiangjiang told me. “But they are categorized by the depth of blue, which can also affect the price.” 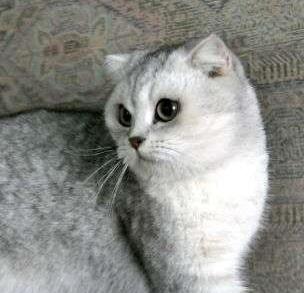 The British Shorthair has a stocky chest and large, almond-shaped eyes.

As you probably guessed by the name, the British Shorthair comes from Britain and has, well, short hair. He’s also known for his stocky chest and overall broad look.

In Shanghai, the white variant of this cat – or silver, to be technical – is extremely popular with children and young women for his clean appearance and large, almond eyes. One downside, though, is that they don’t really like to be picked up and carried, although they do love to sit on their human’s lap.

“This is a very popular breed,” Jiangjiang told me. “So it’s a bit cheaper than the others.” 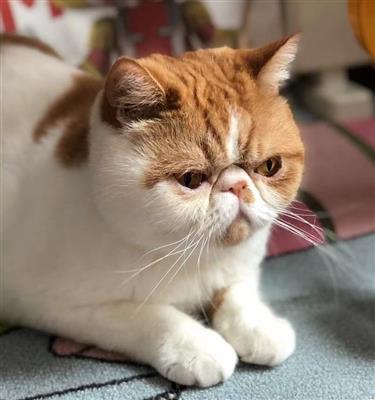 Instantly recognizable from his flat face and stubby legs, the Persian Longhair is cute, but quite a high-maintenance cat.

This is definitely one of my favorites, and was popularized by the famous American cartoon Garfield (hence its Chinese name). They are most famous for their extremely flat faces, short, stubby legs, and long fur.

That fur can be a bit of a problem, though, because it can easily become dirty when drinking and eating – the Persian Longhair has such a flat face that he needs to basically bury it in his food and water. This means he’ll require daily cleaning and brushing. If that’s a bit much for you, you can opt for a short haircut which is also super cute.

But there are other things you need to take care of daily. “The Persian Longhair has very developed tear glands, so his eyes will easily become gunky, as well as his nose,” Jiangjiang warned. “You’ll need to wipe his eyes and clean his nose regularly.” 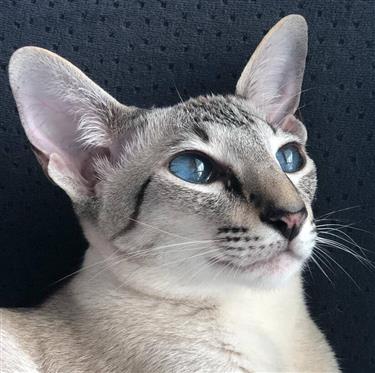 Look familiar? The Oriental Shorthair is a close relative of another famous breed, the Siamese Cat.

Last but not least is the Oriental Shorthair, who you might think looks quite familiar. That’s because he’s closely related to the Siamese Cat, another very popular breed.

This cutie has huge, distinctive ears, a slim build, and long legs. Because of these characteristics, some think the Oriental Shorthair looks a bit like a rat. A really cute rat!

“They’re known for their slim build, which owners should try their best to maintain,” Jiangjiang suggested.

I knew these types of cats were expensive, but I didn’t know they’d be that expensive if I’m being honest. Anyway, if you fall in love with one then you have no choice! What’s your favorite of the five?

Special Reports
ADVERTISEMENT
What?! Is buying a cat in Shanghai really that expensive?!
Communication is at the roots of understanding
Double standards of Western 'preachers' and the nefarious intentions behind them
Get over yourself and say 'yes' to pleasure
Living like a local: the German artist and her century-old traditional Shanghai home
'State's children' a model of national unity
Simple tips for leading a quality and low-carbon life
Top Chinese women managers at home and abroad describe their paths to success
Online meeting of COVID-19 experts shows likely slow return to normalcy
Mentally ill columnist on media rampage!
EXPLORE SHINE