From spaces to places: How Shanghai's local entrepreneurs make our city a home 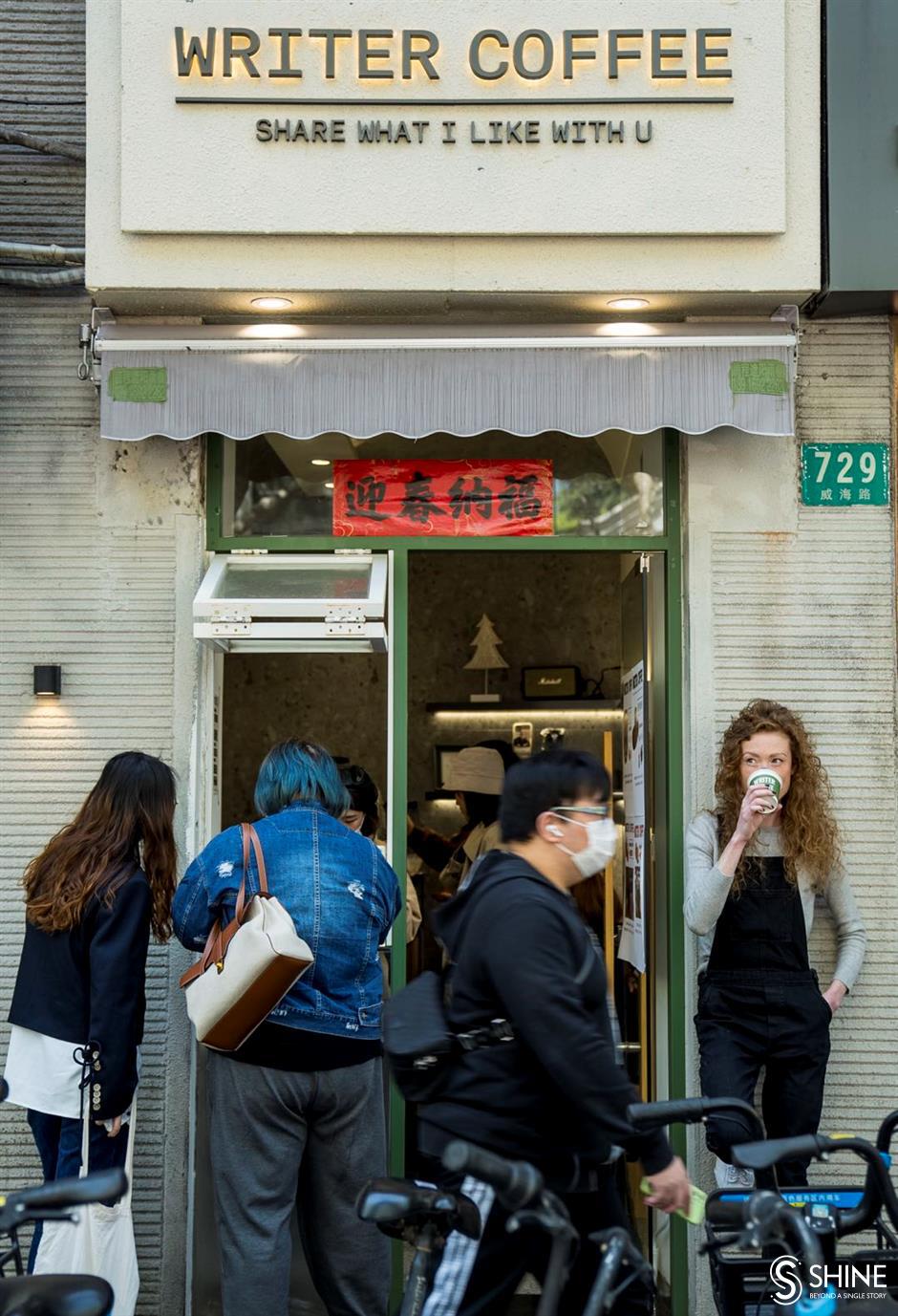 Shanghai has no end of risk-taking individuals who’ve stepped away from traditional employment in favor of going solo. Communities are built on the backs of neighborhood entrepreneurs, and choosing to spend our money close to home has far-reaching benefits that shopping online or in chain stores can’t offer.

What happens in the community stays there. Revenue from smaller businesses circulates back into the neighborhood through taxes which then improve infrastructure and amenities. Owners usually have roots in the area, meaning they’ll likely make decisions with us in mind, from creating jobs to acting on people’s wants and needs rather than national sales plans. There’s character in independent businesses, which means streets blossom in unique ways; picture Anfu Road or Tianzifang. Shanghai’s endless ways to whittle away an April afternoon is something we all love about this city. And these vibrant, walkable streets invite us to roam rather than ride while their retailers produce a smaller carbon footprint since produce is less likely to have traveled.

But of course, juggling a career, family and friendships gets tricky, and for a while, I found myself relying on Cityshop to sort dinners and stock the wine rack. The cost was balmy and only outdone by reams of plastic packaging. Recently, I stumbled across a local greengrocer nestled in the backstreets of our neighborhood, and it’s been a game changer. Small-business owners like Shen are more likely to go the extra mile for customers because they count on our patronage to stay afloat. What’s more, directly opposite is “the meat man” and across from him, “tofu lady.” The three vendors create a blissful home-cooked “mapo tofu” triangle for under 50 yuan (US$7.70). Great as they are, eco-conscious carrots and spare change aren’t why I go back. The pull toward Shen and his neighbors is rooted in something deeper.

Social connection improves physical health and mental and emotional well-being. A landmark study showed that feeling cut-off from our environment and those we share it with is a greater risk to our health than obesity, smoking and high blood pressure. Research also shows that loneliness is on the rise and people low in social connection are more vulnerable to anxiety and depression.

Shane is away most weeks, and when we first moved to Shanghai, that was tough. I’d leave the house anonymous and arrive back the same way. As we’ve grown into the community, that feeling has gone. So much so that a minor grumble from a local fruit vendor resulted in a total meltdown from me. I now know it wasn’t easy access to Vitamin C that felt threatened. It was connection — What was once a space has become a place of meaning.

But what’s the difference between a space and a place?

Space can be thought of in geometrics — distance, direction, size — and detached from interpretation. But the concept of a place is physical as well as psychological. We transform spaces into places by filling them with value created from lived experience; places are perceived, felt, narrated and imagined. They’re a storehouse for emotions and relationships that give meaning to life and create belonging.

A few weeks back, I was in one of the many independently owned shops on Nanchang Road. There I met Jing and her gorgeous Westie Mix, Anping. We got chatting and quickly discovered we grew up a stone’s throw from one other in the UK — her in Liverpool, me in Manchester. Better familiarized in the area, Jing recommended local florists, yoga studios, clothing boutiques, and added me to a neighborhood dog owners group on WeChat. We’ve met again — on purpose and by happy coincidence — and next week, I’m heading to her new apartment with a bottle of bubbly for a house-warming. This friendship, and subsequent network of people and places, has cemented me in our shared neighborhood.

What was once a space has become a place of meaning.

The businesses that line our streets play a vital role in developing and maintaining this sense of identity. They influence how we think and feel, and bond people together in the comfort of their square footage. We become most attached to the places we have the highest levels of experience, often resulting from long-term residency, important events or life stages and frequent visits.

Shanghai has over 7,000 coffee shops, more than any city in the world. Outside my office building is Writer Coffee, an independently owned, espresso-sized shot of caffeine heaven. Owner and all-round lovely human Sarah was born and raised in Shanghai. She understands both the challenge and value in creating a hub for the community. “We have a passion for great coffee, and we listen to our customers,” she explains. “This is a fast-paced city, a local place where people can take a moment, and share ideas is important, we get that.” It works. I pop in at least once a day for a booster and a chinwag. Sarah slips me free biscuits and occasional advice, and I leave a happier person for it.

Does spending locally mean facilities have to be Shanghainese? No. An international city’s cultural significance is manifested in its diversity, colonial influence and multi-ethnic identity. It’s true of Shanghai and something I love about being here. Sitting among Chinese-owned businesses are the independently owned boutiques, delis, restaurants and lifestyle services of our international community. The two combine beautifully, making Shanghai rich in history while being a global window to the world. As its only English-language local newspaper, this inspiring mix is one Shanghai Daily has represented for 21 years.

There’s growing evidence that urban development has undercut place value, a condition that leads to social detachment and areas devoid of significance to anyone. Regeneration involves the process of remaking, but it must be understood and approached as a total human experience. And while Shanghai hasn’t escaped the clenches of commodification entirely, I challenge anyone to say ours is a city characterized by food chains and superstores.

I like a “grande, iced, sugar-free, vanilla latte with soy milk” as much as anyone. And globalization is part of any metropolis. But while big-brand names and bigger city lights may signify Shanghai, it’s the local places that make it our home.

So to all the entrepreneurs out there, thank you.

Is there a place you love? Get in touch and celebrate the local in your life.

﻿
Special Reports
﻿
62417
,
Beijing Winter Olympics to more than make up for my regret caused by the pandemic
In wake of Tonga, what's on your bucket list in the event of Doomsday?
Culinary cojones: Regional recommendations for wayfaring palates
On artistic licence and the questionable utterances in Shojo manga
Sessions mulling best approaches to social and economic development
Play by the rules, Novak. No one is above the law
Breast feed or formula? It's the mom's choice
Deputies go from 'hand raisers' to giving voice to people
Swimming in a new pond: The helpful fish you're thankful for
Lockdown 'love story' sparks fling with China and Western media
EXPLORE SHINE