Advanced economies can do more to help others 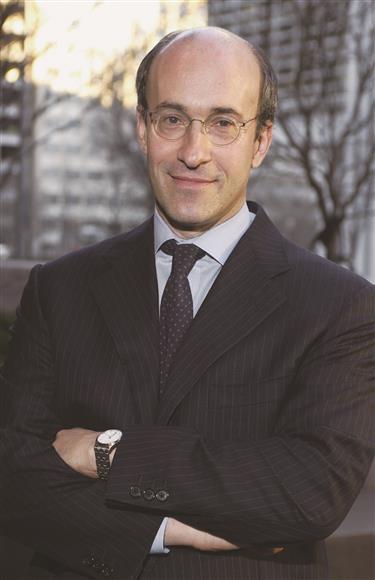 What is remarkable about the increase in nationalist sentiment across the developed world in recent years is that it is occurring at a time when many of today’s most pressing challenges, including climate change and the COVID-19 pandemic, are fundamentally global problems demanding global solutions. And the anger brewing among citizens of vaccine-poor countries — basically, the two-thirds of humanity living outside the advanced economies and China — could come back to haunt the rich world all too soon.

US President Joe Biden’s ambitious plans to address inequality in America are to be welcomed, provided the administration succeeds in covering the long-run costs through higher taxes or stronger growth, admittedly two big ifs. So, too, is the smaller but still significant Next Generation EU scheme to help European Union members such as Italy and Spain that have been disproportionately affected by the pandemic.

The 16 percent of the world’s people who live in advanced economies have had a tough pandemic but are now looking forward to a recovery. China, which accounts for another 18 percent of the world’s population, was the first major economy to rebound, thanks to its better epidemic preparedness and greater state capacity to contain the coronavirus.

But what about everyone else? As the International Monetary Fund highlights in its April World Economic Outlook, there is a dangerous global divergence.

Until now, the twenty-first century had been a story of catch-up for the developing world, far more so than had seemed likely in the 1980s and 1990s. But the COVID-19 crisis has hit poorer countries just as the rich world is waking up to the fact that containing both the pandemic and the looming climate catastrophe depends hugely on the efforts of developing economies.

That is not to mention the cooperation likely to be needed to contain terrorist groups and rogue-state actors in a world seething about the global inequities that the pandemic has laid bare.

Making matters worse, much of the developing world, including emerging markets, entered the pandemic with sharply elevated external debts.

How, then, can poorer countries pay for COVID-19 vaccines and relief, much less the transition to a green economy? The World Bank and the IMF are under enormous pressure to find solutions, and have been doing a good job in at least explaining the problem. But these organizations lack the financial structure needed to deal with challenges of this scale.

So, what is to be done? For starters, the rich world needs to take the cost of vaccinations off the table for developing economies, in part by fully funding the multilateral COVID-19 Vaccine Global Access (COVAX) facility.

Advanced economies should not only pay for the vaccines but also provide extensive subsidies and technical assistance in delivering them.

At the same time, advanced economies that are prepared to spend trillions of dollars on developing domestic green energy ought to be able to find a couple hundred billion per year to support the same transition in emerging markets.

It is also important that developed economies remain open to global trade, the main factor behind lower inequality across countries.

Addressing within-country inequality may be the political imperative of the moment. But tackling vastly greater cross-country disparities is the real key to maintaining geopolitical stability in the twenty-first century.

Special Reports
﻿
Advanced economies can do more to help others
On how to show the magic of the city with stories
25 working days until the next holiday! Get away from it all? Nah
Only dialogue can lead to peace and mutual prosperity
Happy birthday: We're all getting older, so let's end ageism
A Lao student's views on Sino-Laos friendship
The US original sin of exporting turmoil
First quarter data instill confidence in China's new economic stage
Bright lights, big benefits: Six ways Shanghai is good for us
From spaces to places: How Shanghai's local entrepreneurs make our city a home
EXPLORE SHINE