The China miracle as a model for Latin America 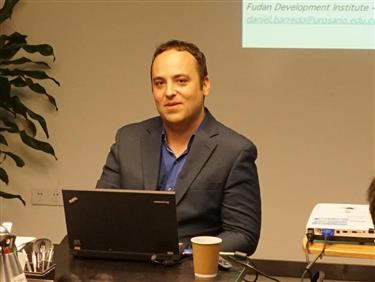 At the beginning of 1960, China was suffering negative rates of the GDP growth per capita. At that time, in comparison, some Latin American countries were expected to follow the example of the United States. Those were countries with a fertile agriculture, massive exports of minerals and metals, and a tourism sector with lots of perspectives. Metaphorically, Latin American countries were seen as the modern El Dorado for the Western world.

Take the example of the biggest economy in the region, Brazil. The GDP growth per capita in 1961 was not only superior to that of China, but also to those of France or the United States for the same year. Blaise Cendrars, a renowned French writer, described this Brazilian progress thus: "The two capitals, Rio and Sao Paulo, which were rapidly modernizing and acquiring an explosive extension, cinemas, skyscrapers, factories, theatres ..."

But as a part of the same region, Latin American countries had to follow mainly the political model of the US. In some cases, it was not optional. There was the well-documented "Condor Operation," which started in the 1970s. That was a general plan of collaboration between the United States intelligence and the Latin American elites in order to avoid left parties or social movements. The "Condor Operation" included the reinforcement or imposition of dictatorships, and the expulsion, imprisonment or even murder of political leaders.

Meanwhile, the Communist Party of China was creating a unique political and cultural model. In 2021, China is studied as a miracle, with millions of people lifted from extreme poverty.

That extraordinary effort can be easily contextualized: Nowadays, in Latin America there are around 600 million people, and extreme poverty affects around 78 million after the breakout of the COVID-19. And, as it was stated by a report of the UN Economic Commission on Latin America and the Caribbean, a third of the Latin Americans are living in poverty and eight out of 10 can be identified as "vulnerable."

While the pandemic shows more aggressively the structural problems of Latin America, China's economy is growing fast and the country is perceived as a stable scenario, with clear goals, toward a constant human development.

It is complex to explain the China miracle, but the country's  achievement could be attributed to its  political stability and the people's effort.

Of course, "stability" does not mean "immobility." On the contrary, contemporary eclecticism, syncretism and ancient pragmatism have been key to the miracle. Syncretism, because China is a complex set of cultures, languages and regions. Such a diverse country cannot remain static. As a result of the reform and opening-up since 1978, China developed in about 20 years the industrial revolution that in Europe took about 200 years. But eclecticism is based on constant innovation. So, nowadays, environmental protection and technology are emerging both as core values of the Chinese society and industries.

In a Western world where poverty and extreme poverty are increasing, the United States and Europe are no longer the cultural or economic references. Conscious of that, Latin America cannot continue to be the backyard for the West. It is time to reflect on other examples of human development.

China is an amazing country that has proved that it is possible to build a successful model of development beyond the Western colonialism.

It is urgent for the Latin American countries to replace a model of development which has been ineffective in reducing poverty and violence. For that reason, the China miracle should be thoroughly examined.

The author is a senior lecturer at the Universidad del Rosario (Colombia) and a guest researcher at the Fudan Development Institute, Fudan University, Shanghai. The views are his own.

﻿
Special Reports
﻿
The China miracle as a model for Latin America
The great lockdown and the growth of global trade
Monetary regulators need to wake up before it's too late
Cultural exchange can foster win-win partnerships
Beyond the pail: Here's what I haven't told you
Explaining East Asian Order beyond 'Westphalian straitjacket'
Tributes to China's 'father of hybrid rice'
Nobody speak: the fear of cancel culture
Career snobbery 2.0: the problem with the passion mantra
Rural area is critically important to the future prosperity of China
EXPLORE SHINE