My reflections on September 11, 20 years on 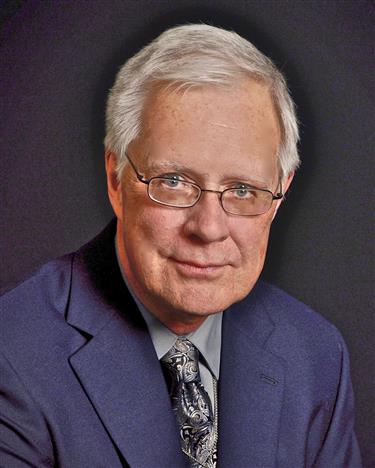 I do not remember 9-11 with the same kind of vividness and personal shock that I do when I recall President Kennedy's assassination on November 22, 1963, or the similar murders of Dr. Martin Luther King and Robert F. Kennedy in 1968, years when I was 20 and 25 years old respectively. This may be because in my 58th year I had already witnessed many times old the kind of savagery we humans are able – and, seemingly, all too willing – to visit on each other.

I was in my office at the Iowa Public Employees' Retirement System that morning when one of my staff rushed in and announced that an airplane had just crashed into one of the Twin Towers in New York.

I quickly followed that person to the break room where a number of staff had already gathered to grimly watch the unfolding events.

As the annual commemorations of this event have come and gone I have, of course, remembered sadly those whose lives were lost on that day. But I have also been weighed down with the consequences of the disastrous response to that day which our government decided upon.

The quick response of all nations that day – very much including China and even Iran – was to express condolence, support, and unity with the American people. What we could have made of that feeling!

Instead, we squandered it abysmally.

While the desire for revenge was understandable, the US government decided not only to go after the apparent troublemakers in Afghanistan – an operation that was initially fairly brief and successful – but also to invade Iraq, a move founded on dis-information, a determination to ignore information contrary to the decided-upon action, and outright lies.

This was the beginning not only of the "forever wars" of our decades-long involvement in both Iraq and Afghanistan – neither of which worked out for the benefit of the people of those long-suffering countries – but also of our misbegotten "War on Terror," an amorphous target that eluded definition (or limitation). It was also the beginning of an internal security apparatus unparalleled in American history, the legacy of which is still with us.

There is a strong and very old strain of victimhood that runs through right-wing thought in this country to which the War on Terror brought new, unhappy life. The story quickly became all about us with nary a thought as to why some in the Middle East might harbor resentment against the United States.

And so, on this 20th anniversary of those tragic attacks, I am – frankly – of heavy heart. We may have left Afghanistan – finally and most clumsily – but we are still not only "in" Iraq but also heavily invested in a stance in the Middle East which badly begs for re-examination.

Besides, the United States domestically has not been in as bad – or dangerous – a shape in my lifetime! So many people remain fixed on overseas "others" as the primary danger while ignoring the extreme and immediate threat posed by right-wing militias and the extremists.

Commentators like to speak about 9-11 as a time when "Americans lost their innocence." From my perspective – as a historian and as one who is 78 years old – "America" has never been totally anymore "innocent" than any other people. But the American people? Ahh – not "innocent" but, rather, perpetually "clueless."

Greg Cusack is a retired US statesman from Iowa. He now lives in Oregon.