China walks the walk in honoring its green pledge 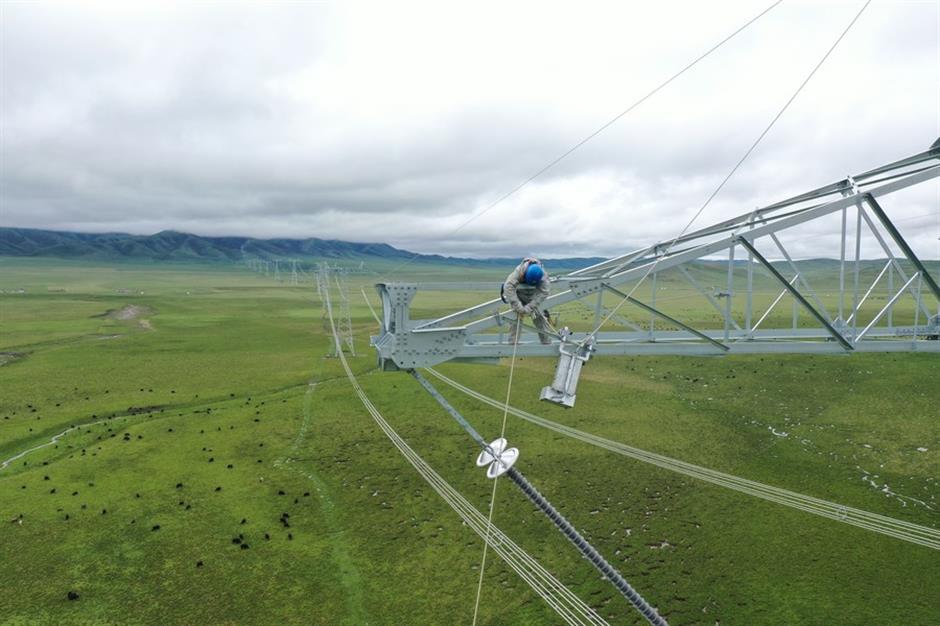 Some regions in China excluding Shanghai have experienced blackouts and brownouts recently, with the State Grid Corporation of China pledging to take comprehensive measures to ensure power supply to residents.

Some are blaming the government for enforcing draconian emissions standards that have led local governments to cut power.

This charge is unsubstantiated.

According to an analysis published on one of the People's Daily public accounts, detailed requirements about energy efficiency have been in place for over 10 years, and quarterly assessments have been conducted for the past eight to nine years, thus local governments should have been well aware of their emissions outputs.

The real trouble is, in their juggling of growth and emission targets, their priority is often too obvious.

Thus those local governments embracing emergency blackouts could be fairly compared to a student in a frenzy to complete all his homework from the summer vacation on the eve of the new school year.

This problem is exacerbated by local governments' attempt to introduce more energy-consuming projects to the region in anticipation of the country's pledge to reach peak carbon dioxide emissions by 2030 and achieve carbon neutrality by 2060.

In other words, these local governments have seen the red light ahead for quite a while, but they chose to ignore the warning sign and now are slamming on the brakes suddenly, at the very last second, giving passengers an uncomfortable jolt.

Meanwhile, there is a message coming out loud and clear: China means what it says and walks the walk in its vaunted transformation to a green economy.

This is nothing short of a wake-up call for local governments that have been paying lip service to green efforts but are more interested in chasing short-term goals.

Such myopic attitudes are not restricted to China.

In the past few days, we have heard about international commentators who pretend to be enthusiastic about the green transformation, yet they take alarm at the slightest adjustments in GDP forecasts, whether in local or global contexts.

Many view growth and affluence as absolutes, as something separate from the hidden costs they entail.

Thus some economists addicted to economic boosterism are wont to conceptualize our prosperity in purely economic metrics.

Today some big spenders can declare themselves "green" while pushing an overloaded shopping cart at a shopping mall, but making this planet truly sustainable goes beyond greenwashing and calls for painful sacrifices.

Some believe that climate changes are real, but what's more real is immediate material gratification, and thus they are reluctant to make any sacrifices themselves.

When I opened Shanghai Daily on September 28, the lead story for the Top News on page 2 was "Power shortage hits northeast China," while the lead article for the World page was "Our kids face a massive jump in heatwaves, floods, droughts," with kids in low- and middle-income countries bearing the brunt of the problem.

How many of our readers can connect the dots, and realize that what is happening on page 2 is part of China's effort to mitigate extreme temperatures, floods, and droughts as portrayed on page 8?