Patriotic 'People's Cafe' a hit during National Day holiday, and beyond

If you enjoy a slice of Chinese patriotism as much as you do your morning brew, the newly opened People's Cafe, located inside the site of an important battle between the Chinese and invading Japanese in 1937, will be just your cup of, err, coffee.

And what better time to go and soak up the patriotic atmosphere than during the National Day holiday? As it turned out many people had the same idea, bolstering People's Cafe up to the No. 1 spot out of all cafes in Jing'an District during the weeklong holiday.

Luckily my friend and I were able to grab a small table in the packed cafe inside the Sihang Warehouse – made famous by the movie "The Eight Hundred" – which is immaculately designed to mix the feel of old-school patriotism and modern cool. 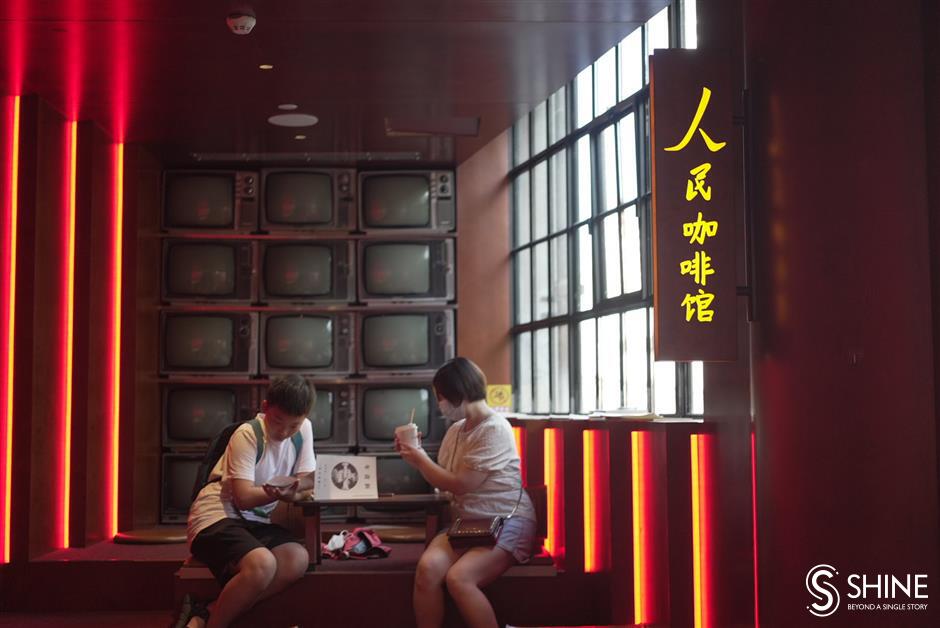 People's Cafe is designed to mix the feel of old-school patriotism and modern cool.

The cafe's interior design was done by Daylab Studio, who faced a massive challenge creating something that was not only "red" but also fashionable.

"The challenge was whether we could create a space that has a strong 'red atmosphere' that can also make young people feel fashionable," they said of the 300-square-meter location.

They decided to go with bold colors and elements that wouldn't usually be paired together in a modern location: "pig liver red" wood and army green. "We hope that consumers in this space can carry out cultural dissemination, emotional resonance, to make it a place that has a sense of history as well as the feature of Gen Z." 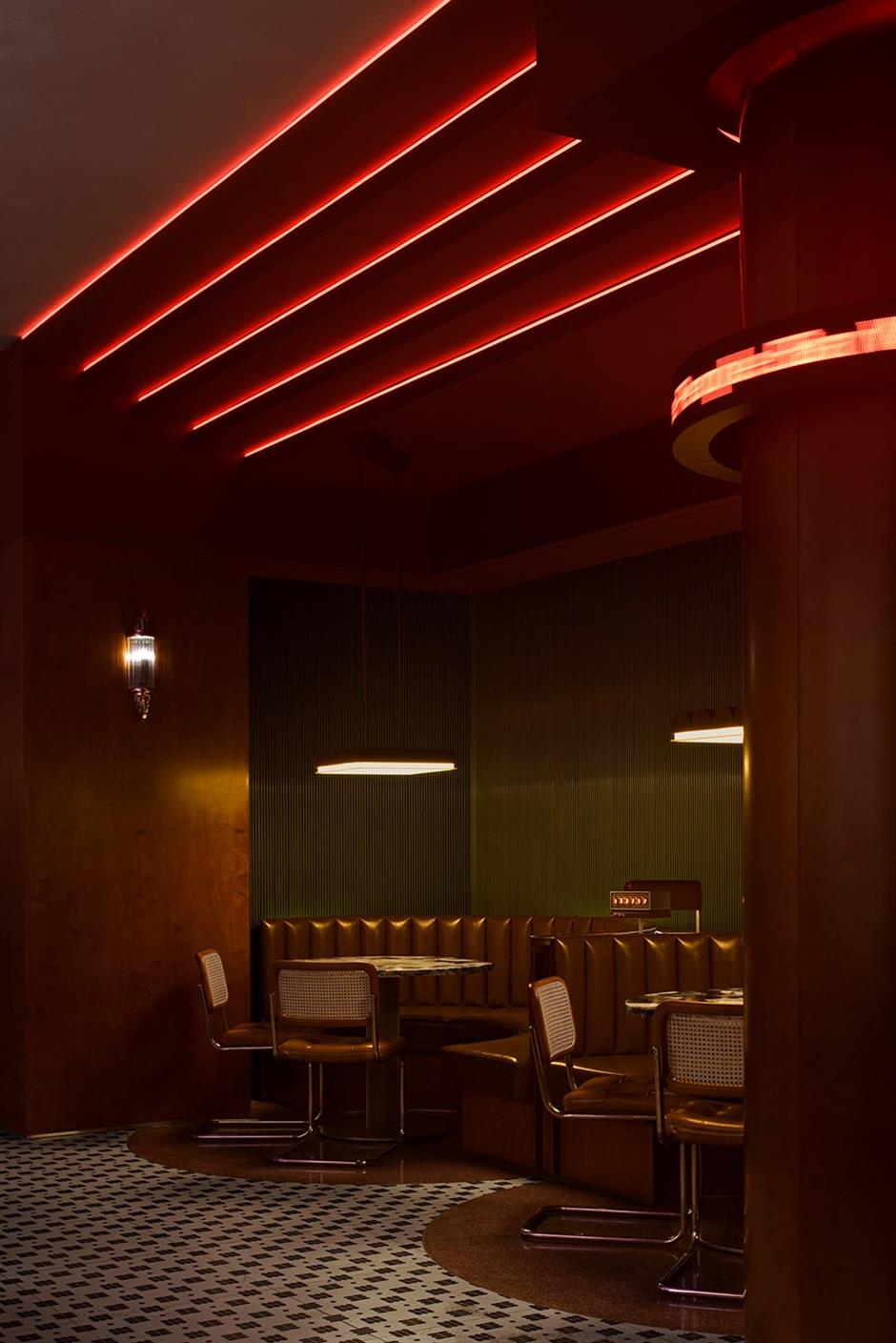 "Pig liver red" wood and army green are boldly paired together at the cafe.

By the looks of the clientele enjoying coffee, food and taking photos, I think they succeeded.

Since it was late morning, I thought I'd try their breakfast: a kind of eggs benedict with bacon and steak, a combination I've never encountered before. The eggs were good, although the bread was a bit on the small side. The steak, although it looks great, was rubbery as heck, even though it was supposedly done medium rare. The big boss said it's because lots of children came during the holidays so like their meat a little more well done, but I don't buy that excuse. Even well done steak will be tender and juicy if the quality is there.

My friend ordered their kumara fries (sweet potato) which were actually really good. The coffee, too, is decent, and I love their cutlery which is keeping in theme with the Art Deco slash revolutionary theme.

Playing on the screen around the front counter was the film "The Eight Hundred," which is fitting since it's set in the same building as People's Cafe, and most of the customers, I'd imagine, visited before or after their visits to the museum next door.

If you're really just going to take some photos for Instagram, you'll probably want to take some pictures on the decorated stairwell featuring TV sets and Art Deco styling, and also in front of the big, red 5-pointed star that was installed as a last minute decision.

I would definitely be interested if they sold merchandise, especially their old enamel-style mugs they use for water, but I 100 percent won't be trying their rubbery steak again, no matter how good in looks in pictures.

People's Cafe is located inside the Sihang Warehouse Battle Memorial at 9 Guangfu Road in Jing'an District.