We're here in Shanghai: Why, and what to do now? 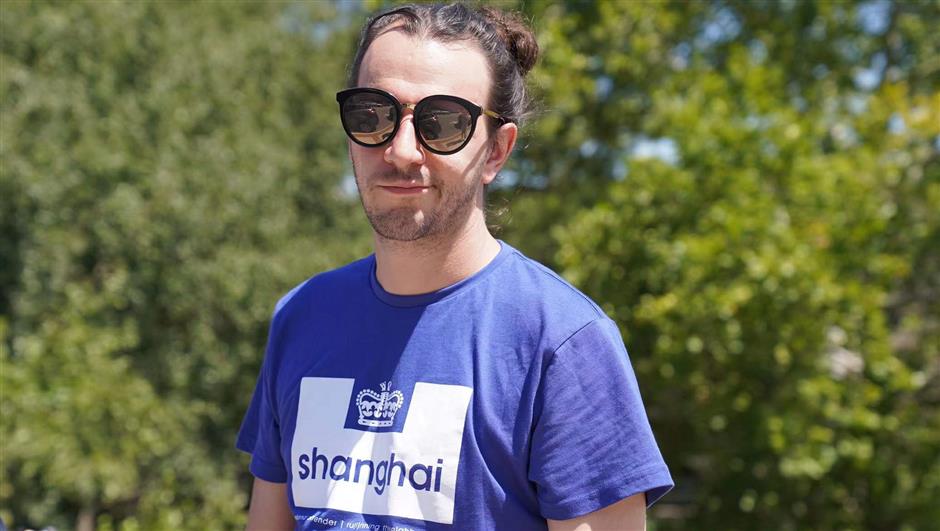 Alexander Bushroe is from Florida, USA, and has resided in China since 2009.

"What brought you to Shanghai?"

It's a question that everyone who's come to the city from elsewhere has fielded countless times. Perhaps when you first arrived, you were a fountain of replies, gushing about the "brave" decision you made to come to such an "exotic" new locale, or maybe you were still in a state of shock watching the city's impressive, vast, expansive ocean of humanity and lights and skyscrapers and spaghetti junctions and unintelligible little pictographs pulsating and undulating in a mass of swirling technicolor ...

Or maybe not. Maybe I'm just a hillbilly. Whatever.

But regardless of one's initial impressions and inclinations, in time, answering this question inevitably becomes a banal chore; an exercise so repetitive that I'm often tempted to spin a tale about an ill-fated FedEx plane caught in a squall over the Pacific and my new best friend that's a volleyball.

Okay, maybe that narrative's been used before.

Most people, though, myself included, usually give a perfunctory sort of response (maybe just to avoid overthinking the question and having an existential crisis) – the unique culture, a business opportunity, the chance for self-growth – all of these responses aren't without merit or substance. But, at least from my view, they lack a bit of nuance. I think a better question is more of a layered one... not only what brought you here, but what keeps you here, and how the city has changed your outlook on yourself and the world.

So who am I, and what brought me to Shanghai?

The truth is, it's about as close to random chance as you can get.

I was flipping through the course catalog before my freshman year of college – my first year at university; sorry for the Americanese – trying to decide how to fill that hole on my schedule on Thursday afternoon ... Intro to Philosophy ... History of European Art ... Chinese 101 ...

Wait ... Chinese 101? I shot myself a quick glance in the mirror on the wall beside me, perhaps as to skeptically say to the guy looking back, "Are you up for that? You can't learn Chinese. Can you?"

I convinced myself to go for it. I'm both proud and embarrassed to say that in four years of college, Chinese was the only class I never once skipped.

But actually, what's happened in the 17 years since that moment, the 13 since I arrived in China for good, and the seven and a half since my relocation to Shanghai has been... 30 percent sleep and another 30 percent with my nose in a phone screen. Just like all of you.

However, in the time in between, there have been a boatload of unforgettable experiences, ranging from the hilarious to the fulfilling to the terrifying to the empowering.

From getting completely and abjectly lost in my first week in the country with no smartphone and nothing but a paper map I could barely read, to finally reaching the point where I could hold court at the lunch table with my local colleagues and have them laughing at my jokes in Chinese, to taking the plunge and moving to Shanghai and its initially bewildering expanses, to exploring the country, north, south, east, and west, to here and the flattened pillow on the chair on which I'm seated now.

Perhaps we'll share some of those stories in time in this space.

But, as I prefer to answer the question we led off with when it's asked of me, I'd like to talk more about what keeps me here in the ol' 0-2-1.

It's the people I've met over the years. The men who didn't attend high school, drove buses for a living, then scrounged together the funds to start their empires. The true academics; the wayward travelers; the people who came from abroad in the mid-eighties and have watched the city evolve before their eyes; the people who were reticent at first but found their way; the people who were inspired by the city's change to develop their own futures.

It's the aesthetics of the place. The old, traditional alleyways and row houses juxtaposed with the futuristic glitz of the towering skyscrapers in Lujiazui.

It's the challenge of living in a country where the language and customs are different from your own, and the learning curve is steep. And it's the sense of accomplishment that comes from successfully navigating those waters – at least, to a degree.

It's the convenience of having everything delivered to your door and the ease of getting around. I was on the phone with my mother the other day, and she informed me that she needed to take a trip to the grocery store. As in, get in her car and ... drive ... to the store ... to purchase food, then get back in the car and drive that food back to her house ... Truly baffling.

But more than all that, it's the opportunity to explore and learn. The neverending sprawl of corners to be explored, foods to be tasted, and unique spots both on and off the proverbial beaten path. In my years here, I'd be fooling myself to think I've even traipsed down ten percent of the paths well-traveled, much less the more out-of-the-way locales.

That's what I hope to bring to this space. Time for a field trip, kids!

What brings you to Shanghai?

﻿
Special Reports
﻿
62926
,
Beijing Winter Olympics to more than make up for my regret caused by the pandemic
In wake of Tonga, what's on your bucket list in the event of Doomsday?
Culinary cojones: Regional recommendations for wayfaring palates
On artistic licence and the questionable utterances in Shojo manga
Sessions mulling best approaches to social and economic development
Play by the rules, Novak. No one is above the law
Breast feed or formula? It's the mom's choice
Deputies go from 'hand raisers' to giving voice to people
Swimming in a new pond: The helpful fish you're thankful for
Lockdown 'love story' sparks fling with China and Western media
EXPLORE SHINE