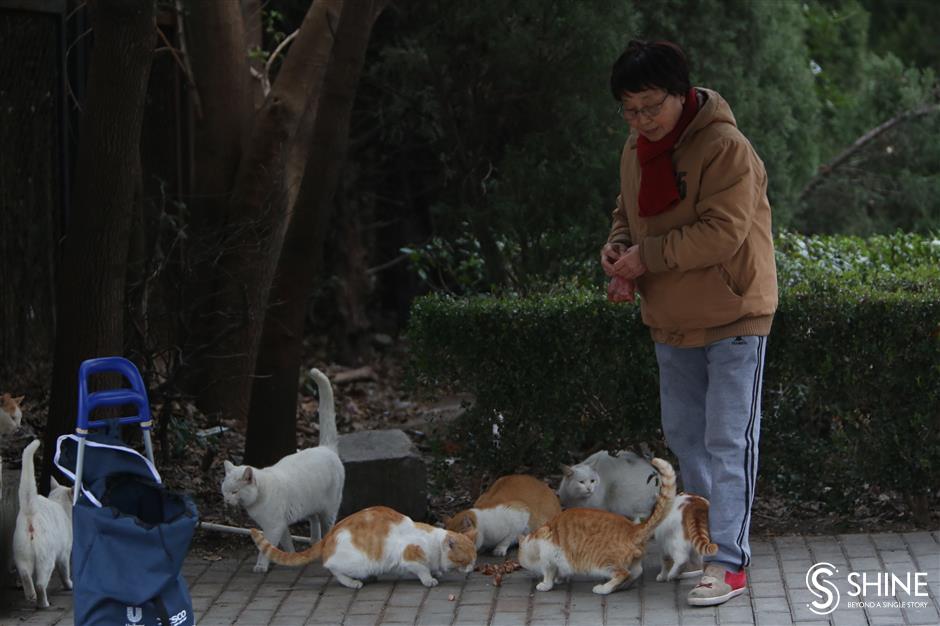 The intensity of some feline lovers is a sight to behold in itself.

When you raise the issue of liulang mao, or stray cats, delicacy is needed because this could easily grow into a divisive issue.

Reputedly the only animal that has managed to tame man, they have it all: admiration, advocacy and defense when needed.

To a degree, the favors are reciprocated. Being a cat owner is said to fulfill the need for companionship, lower stress levels, boost energy, and create positive emotions.

Recently when I broached the topic of stray cats with a veteran feline owner, I got a retort that feline are waifs and strays from time immemorial, so why the fuss over this?

Still, in our highly anthropomorphic urban landscape, something not properly owned smacks of anomaly and incongruity.

But attempt at effecting a semblance order easily run afoul of feline lovers.

When such an issue becomes sentimentalized, it easily becomes confrontational, get bogged down in charges and counter-charges, with real solution elusive.

Any real solution would call for some cool-headed calculation, and input from all sides.

The intensity of some feline lovers is a sight to behold in itself.

For instance part of the Yanzhong Greenery on Dagu Road and Shimen Road has long been a haven for stray cats. For years during lunch hours, one could see a young woman, in the company of an elderly gentleman taking canned food for cats, doling out provisions at several designated locations.

When things are ready, a cluster of cats would show up, and the woman would address the absentees by their nicknames, with the missing ones then turning up one by one.

All the while the woman would keep up a running commentary on the characters of the cats, whims and all, with candour and oblivion to the small crowd gathered around her.

With unconsumed cat food littered here and there, in great profusion, the cats in these colony usually show signs of good living, even opulence, making one wonder if they could really be a deterrent to mice.

Still, this green space is probably ideal for stray cats, given its liberal area, availability of supplied food, and its distance from the nearest residences.

Pet lovers are as a rule ardent proponents for animal rights, but a cursory check would reveal that pets like cats and dogs register disproportionately in our consciousness, and feature more prominently in the daily news.

For instance, at the time of my writing this article, www.ThePaper.cn, a news portal, reported about a young woman who, while driving on a superhighway, stopped her car, crossed to the other side of the highway, just to check on a roadside cat. After finding it dead, she climbed over the rail and took the remains to a bush a few meters away. She got a reprimand from the police.

In another report, a man surnamed Hu got scratched by a stray cat in his neighborhood in Fushun, Liaoning Province, on May 31, 2021. He was vaccinated for rabies the next day, and sued the woman who kept feeding the cat for compensation. In a final verdict handed out recently the feeder was required to pay 70 percent of the medical costs, or 1,400 yuan.

According to a report on CCTV on December 25, each year 40 million people in China suffered various injuries from cats and dogs.

Feline lovers say that stray cats keep rats away, though others have been equally vociferous in their objections, ranging from hygiene, noises, to bio-diversity.

Probably unbeknown to some, cats are very efficient predators, attacking a variety of species of animals and birds, and this is not just restricted strays and feral cats, and not just for nutritional purposes.

House cats or stray cats regularly fed a healthy diet will kill wildlife for practice, not for food. Scientists estimate that each year 2.4 billion birds and 12.3 billion mammals are killed by free-roaming cats, which include house cats that are allowed outside.

Cats have great reproductive potential, with the capacity to successfully raise as many as 12 offspring in any given year. If unchecked, the number will soar to 300 in three years.

Given the cats' reproductive power, the number of stray cats in an environment can quickly deplete the natural resources that should be used to sustain native predators and local prey species.

Given the imperative of finding some sort of solution, the TNR (Trap-Neuter-Release) approach represents a positive step towards effective control of the population of stray cats.