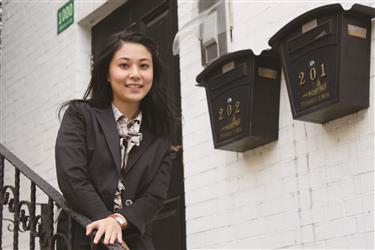 With "Double Reduction," a raft of policies aimed at easing academic burden on Chinese students, the country's push for greater fairness in education has received a new boost: rotation of teachers.

This practice obligates principals, vice principals and good teachers from top public schools to be assigned to administrative or teaching posts at lesser-known schools for a temporary period of time, so as to improve the overall teaching quality and level the educational playing field.

Last August, Shenzhen and Beijing took the lead in launching the "teacher rotation" initiative. Media reported that in Dongcheng District of Beijing, at least 2,000 teachers were rotated for the duration of an academic year. The scheme might be extended to all the district's public schools in compulsory education over the next three years.

Aside from more even distribution of premium teaching resources, this policy also seeks to help cool down the market demand for the so-called school district houses.

In China, students attending public schools are enrolled based on their reported place of residence, or hukou. Homes in the catchment area of elite public schools are thus greatly sought after, with some anxious parents splurging huge sums on exorbitantly priced flats.

The crackdowns on private tutoring cut off access to courses taught by after-school "celebrity teachers." This makes parents even more eager for programs that foster the sharing of quality educational resources.

It should be pointed out that rotation of teachers itself does not lead to a fairer allocation of educational resources, since introduction of "good teachers" does not mean fairness.

Education is essentially a complex person-to-person activity. Participants, including teachers, students and others, should not be deemed mere cogs on a gigantic machine that function independently.

Similarly, simply moving a teacher from one school to another and hoping he or she will work wonders instantly is wishful thinking.

Yes, the scheme has its merits. Rotation will inject new vigor into the curriculum of "also-ran" schools. However, mandatory flow of talent might work temporarily but will eventually lose momentum if it is only enforced by fiat. Policymakers need to provide stronger incentives for teachers to move of their own accord.

Japan is an example. As early as the mid-20th century, the country rolled out its teacher rotation system. All educators, from principals to teachers, in public primary, junior and high schools and vocational schools have since been required to sign up for the program on a regular basis. Teachers in remote areas normally are paid 25 percent higher than peers in more developed regions, China Economic Weekly reported.

The success of teacher rotation hinges upon a sound legal and economic support system, whereby aspects such as social status, salaries and career advancement of the participants are protected well enough to dispel perception of job rotation as an onerous, thankless task.

In September 2014, China's ministries of education, finance and human resources and social security jointly issued a document demanding that principals and vice principals serving two consecutive terms at the same school be transferred to another facility. Similar requirements were announced for teachers with a specific length of service. In reality, however, this policy hardly came to fruition.

Teachers deployed to a new environment need time to adapt, notably to longer daily commutes, making it difficult for them to juggle professional and family duties. As a result, mandatory rotation with little compensation was opposed by some seasoned teachers. Their younger counterparts might take more kindly to such proposals, lured by prospects of faster career advancement and burdened by fewer family constraints.

In the end, the 2014 scheme was kicked into the long grass as most experienced teachers, the very people it aimed to motivate, gave it the cold shoulder.

If anything, many parents need to rectify their misguided notions about educational fairness. A classroom ought to be judged by the knowledge it imparts to students, not the number of "stellar" teachers.

Rotation creates a culture of peer learning among novices and veterans within the teaching community, so that overall teaching quality can improve over time.

A self-reliant approach that identifies and trains promising teachers from a school's own ranks, who naturally know their students better, may prove more effective than seeking outside support. This, of course, is not to negate the role of experience in distinguishing academic excellence from mediocrity, or bridging the divide for that matter. But again, a good teacher alone is no guarantee for the final output, which is the sum of various factors at play, especially the learners' own capabilities.

The author is a Shanghai-based freelance writer and English teacher.

Special Reports
﻿
Teacher rotation scheme needs financial incentives
On the decoupling of Chinese yuan and the US dollar
Learning Chinese will help expats go beyond the superficial
Love alone insufficient for managing stray cats
We're here in Shanghai: Why, and what to do now?
Subway expansion a delight, with care also taken for those left in slow lane
Giving an A for Shanghai's quality life after viewing 'B for Busy'
Hit new film in Shanghai dialect becomes the talk of the town
Kissing goodbye to 2021: the year in review, at least according to me
Friendship bridges distance and cultural differences
EXPLORE SHINE