Breast feed or formula? It's the mom's choice 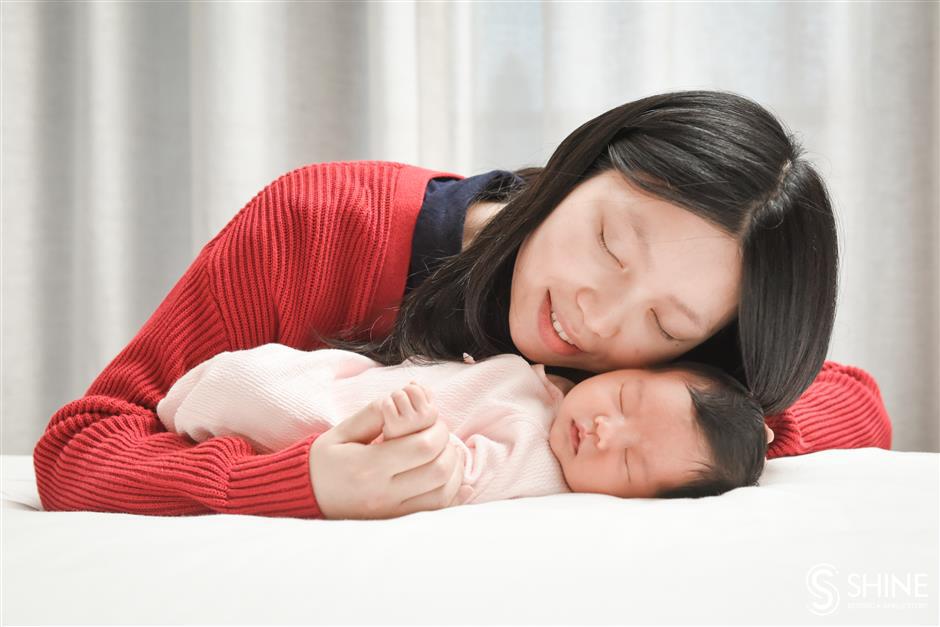 The author and her then less than a month-old baby.

As a mother of a 1-year-old daughter, one of the most debated topics among new moms is the preference for breast feeding over formula.

From what I can see, some moms who had to choose formula feeding have experienced feelings of guilt or mortification, with some even being criticized or stigmatized for their choice – which is not always even a choice.

Worse, they cannot always count on support and understanding – even from from their own family.

In my opinion, how to feed a baby is entirely up to the mother, and I am not alone in thinking this way.

In a recent poll on Weibo, nearly 60 percent of the roughly 15,000 respondents agreed that people should respect moms' choices on how to feed their babies.

A related video from the public account "FOKi" has been viewed 3.56 million times, and the comment drawing the most likes (more than 6,000) observed: "As long as the mom is happy, the women's right to free choice is the most important thing."

While there has been considerable consensus among the scientific community that "breast is best," it by no means suggests that breast milk is the only way to feed our babies.

For most moms the choice of formula is often the last resort, often due to inadequate breast milk supply, the difficulty some babies have in suckling, or other medical complications.

Sadly, instead of showing sympathy for moms unable to breastfeed, some people cruelly accuse these moms of being lazy or selfish, which is unfair.

Although I breast-feed my child, I have not been spared the guilt associated with formula feeding.

Unlike a typical mom, giving birth to my baby was not unlike a walk in the park, with the whole process of labor and delivery lasting less than 2 hours.

My mother joked that I was like a chick laying an egg, which is not so off the mark, considering that my Chinese zodiac happens to be the rooster.

But I was proved wrong in assuming that everything thereafter would be as smooth as the delivery.

The excitement of the first two days was soon followed by strong feelings of fatigue and melancholy, since the baby, jaundiced, had to be taken from my bosom and hospitalized for treatment.

During her week-long hospitalization, I suffered from mastitis and ran a fever of over 39 degrees Celsius.

I can still remember vividly the time when my husband brought our baby home: the homecoming was greeted with loud cheers from the family, as I lay on the bed, feeling helpless and weak.

In fact, my emotional distress hurt more than my physical pain. Since I had a fever, my baby could only drink formula milk. I suffered a sense of guilt, blaming myself for my inability to feed my baby properly.

I felt better only with the help of a professional lactation consultant, as well as support from my family.

When I shared my experience with other moms in a WeChat group, not surprisingly it resonated with many new moms, who said they also experienced difficulties ranging from lactation to breastfeeding pain.

The worst part of this is when the mom has to suffer this in private, without professional advice and the support of the loved ones.

So although there has been evidence about the merits of breastfeeding, when this is impossible, formula milk provides a perfectly viable alternative.

Motherhood does not presuppose sacrificing everything for your child. A mother's mental and physical health are equally important – the health of a mother is often the prerequisite for the well-being of the child.

Being a new mom is never easy. There is no reason for others to make it harder.

﻿
Special Reports
﻿
62925
,
Beijing Winter Olympics to more than make up for my regret caused by the pandemic
In wake of Tonga, what's on your bucket list in the event of Doomsday?
Culinary cojones: Regional recommendations for wayfaring palates
On artistic licence and the questionable utterances in Shojo manga
Sessions mulling best approaches to social and economic development
Play by the rules, Novak. No one is above the law
Breast feed or formula? It's the mom's choice
Deputies go from 'hand raisers' to giving voice to people
Swimming in a new pond: The helpful fish you're thankful for
Lockdown 'love story' sparks fling with China and Western media
EXPLORE SHINE