In wake of Tonga, what's on your bucket list in the event of Doomsday? 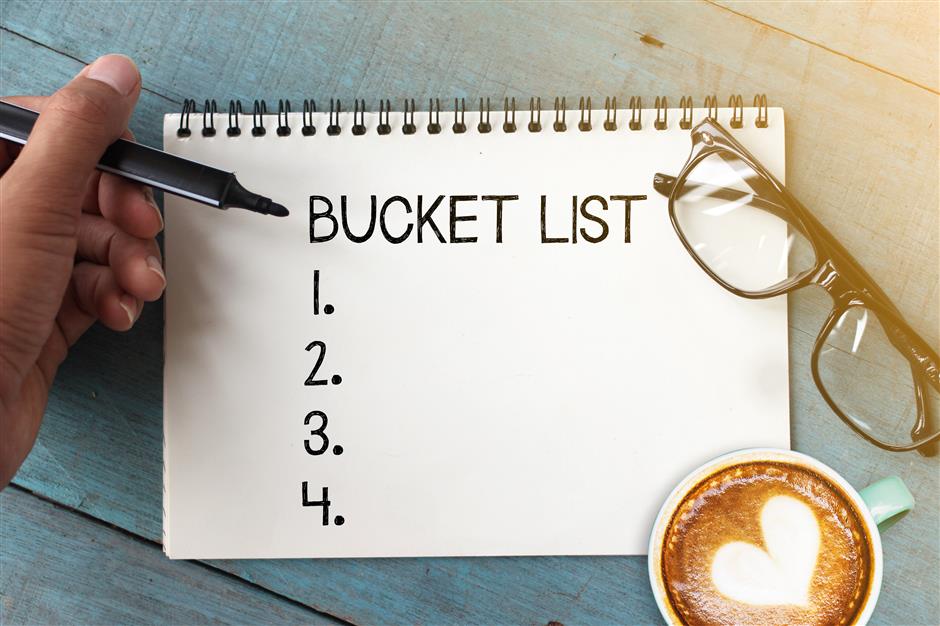 Do you have a bucket list for your last day on Earth?

What made me think of this tough question was the recent volcanic eruption in Tonga.

Soon after the underground blast, a woman in Guangdong Province said her husband, who was working in Tonga, was missing.

The last thing she heard from him was a voice message saying, "A volcano erupted, tsunami's coming, and I'm heading for the airport." Simultaneously he transferred a large sum of money to her, via WeChat.

The woman then lost contact with her husband for two days, until she received a call from the Chinese embassy informing her that he was found, safe and sound.

The couple had a happy ending, but their dramatic experience brought up the bucket list question, which has been haunting me since.

I posed the question to several people, and most of them pondered for a while before replying they would go home right away and spend the rest of the day with their loved ones.

An exception was one girl who had been on a diet for months. She blurted out that she would "eat to her full everything she could lay her hands on," for example, the food she had abstained from for so long. I was fully sympathetic.

A British friend of mine drew up a detailed timetable for his "last day." The busy day included visiting his favorite park, restaurant, and bars with friends, and just Skyping his family.

I was curious about the family interaction. "I do not want to burden them with the idea that I was about to leave, but would just make sure they know how much they mean to me," he said.

Instead, almost everyone talked about families and their loved ones. I believe that is because the compelling notion of imminent death helps elicit the most primal and instinctual responses from within us, the most basic emotions that make us human in the first place.

In spite of all the trumpery about our differences, and beyond the superficial, there is something unanimous about us, that transcends location, culture and education.

So on that basis, why can't we just sit down and settle the many differences that we still have?

﻿
Special Reports
﻿
62925
,
Of thinning crowds and local expats' New Year celebrations
What's in a name? The complex rules of addressing family in Chinese
Teen's tragic suicide brings cyberbullying back in focus
Why are Chinese books hard to find in a bookstore abroad?
Hooray for creating more green, public space for residents
As a mom, I have a responsibility to monitor my kid's video game use
Beijing Winter Olympics to more than make up for my regret caused by the pandemic
In wake of Tonga, what's on your bucket list in the event of Doomsday?
Culinary cojones: Regional recommendations for wayfaring palates
On artistic licence and the questionable utterances in Shojo manga
EXPLORE SHINE