What's in a name? The complex rules of addressing family in Chinese 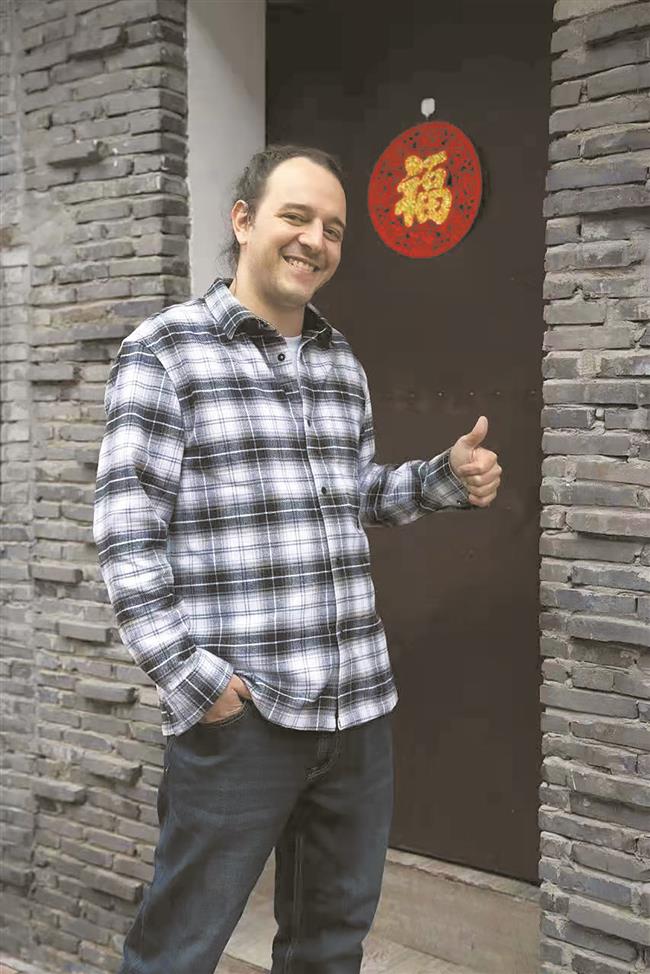 One of the most awkward situations anyone can encounter is the harrowing predicament of having forgotten – or perhaps never having remembered in the first place – someone's name. This is particularly true when you've known the person for long enough or developed enough of a rapport with them that, by this point, it's far too late to ask for their name.

We may have a few tricks up our sleeves; you know the classics – introduce someone else to that person hoping for the third party to extract the information tacitly, excuse yourself briefly to go discreetly whisper the question into someone else's ear, or, most commonly, just dodge the issue entirely, silently praying that you're not somehow exposed in what is unfailingly an embarrassing moment for forgetter and forgotten alike.

Hearing our own names is an experience that produces a marked reaction. Hearing the sound of one's own name produces a unique reaction in the brain; specifically in the prefrontal cortex area associated with social processing. But we don't need an MRI to tell us that hearing people call us by our name feels nice. And while it may or may not be true to a certain extent, the excuse that, "Sorry, I'm just really not good with names," often rings quite hollow in social settings.

But it isn't just about how we react viscerally to hearing our own names. Names also carry a lot of weight in social settings, particularly if there are titles attached. Mr Davis, Dr Henson, Professor Stephens... the respect given and the gravitas implied by certain titles is something that many appreciate and even expect in many cases.

Let's translate that idea – both literally and figuratively – into familial settings. In every culture and in every language, there are terms, be they toward elders, in-laws, or others, that are used with reverence and are seen as basic forms of respect. A 10-year-old isn't going to call his father Jim and his grandmother Barbara, for example.

However, what naming customs and ground rules exist in the Anglosphere at large completely pale in comparison to the extreme breadth of names used for specific members of Chinese families. If you're Chinese, you of course know what I'm referring to; if you're not, but you've married or otherwise been incorporated into a Chinese family, then the experience of learning the complex system of names for each aunt, uncle, and cousin, not to mention close family friends, may be a cliff you've spent some time attempting to scale. If not, to give you a quick rundown of what I mean, just check this out...

What naming customs and ground rules exist in the Anglosphere at large completely pale in comparison to the extreme breadth of names used for specific members of Chinese families.

We'll start with direct siblings. In Chinese, there are different names for older and younger siblings. One's older brother, for example, can't just be called "brother" but must be referred to as "elder brother" as the word for a brother younger in age is an entirely different word. But this isn't so different, as English speakers often say things like "older sister" or "little brother."

Additionally, there are different names for grandparents depending on if they are your mother's or father's parents. But this isn't foreign to me either... it's true that formally, in English, both grandmothers are referred to as such, but in practice, a child will invariably have two different names he calls his two grandmothers; Grandma, Nana, Gran, or other similar names.

Now, in Chinese, an aunt will have a different title if she's your mother's or father's sister. This was a new one for me, because for us, aunts are just aunts. Moreover, if the aunt is your parent's sister-in-law, or sister by virtue of marriage to your uncle, as opposed to your parent's biological sister, that also introduces also a different set of names altogether, delineating that precise relationship within the name's meaning.

For uncles, we add an extra layer again, this time with a different name if the uncle is your father's older or younger brother. Confusingly, an uncle will be called by the same name regardless of whether he is the older or younger brother of your mother, but the names differ with respect to uncles on your father's side of the family tree. Of course, if the uncle is a member of the family by marriage and not by birth, we've got a new set of names entirely. Confused yet?

Heaven help you if either parent has more than one sibling of the same gender, because then you're differentiating by order of birth or perhaps another different delineating factor. This notwithstanding, I can think of 10 different names that an aunt or uncle could be called before even considering potential multiplicity of family members that would otherwise have the same designation.

On top of all that, the simple English word "cousin" can be represented in eight (!) different ways, with three bifurcations in terminology; one for which side of the family the cousin is from, one for their gender, and one for if they are your junior or senior.

Got all that? I thought so.

Now, of course, inasmuch as it's easier for children to learn these things quickly and as second nature, it's quite the daunting task for an adult to do so without seeming infantile upon screwing it up. And yes, it's important to do. People's actual names are not commonly used in family settings, especially toward elders, even if you yourself are an adult. Yes, sure, most reasonable folks will grant you a bit of leeway in terms of learning these types of things, but you will very likely be expected to pick it up in short order, or pay a small, unspoken, but not negligible social price for each mistake. After all, at least for me, being accepted as fully as possible into the family is important to me.

When I first spent a Spring Festival/Chinese New Year holiday with my fiancée's family, it was a Herculean task to try to keep it all straight. Between the 20 or so people in the room, the vast majority of whom I had just met that day, trying to keep straight ayi from jiuma (different names for aunts), jiujiu from yifu (for uncles), and knowing how to address everyone else in the room as well, I was generally just trying to keep silent and smile and not say much for fear of slipping up and calling a bobo a shushu by mistake.

But you can't do that forever... in fact, you can't do it for long at all, because in China, calling elders aloud by their appropriate title upon greeting them is seen as a basic form of politeness, and failing to do so displays a lack of respect and will siphon away any goodwill points you've previously accumulated.

So, to increase my chances of success, after the first dinner with the whole family, I showed my partner a group picture that I had taken and asked her to edit the photo, writing the names to call everyone in the picture by above their heads so I could use it as a study guide. I'm proud to say that now, having spent three New Years' holidays with them, I've confidently got it down pat.

In time, I've come to appreciate this naming system despite its complexity. From my perspective, it requires at least a certain amount of investment of time and energy into understanding each branch of the family tree I'm hooking my limb to. Although, to be fair, I'm sure my fiancée appreciates just being able to call my relatives Mike and Betty and Steve.

Two sides to every coin.

I'm glad I've gotten to where I can it all straight. Now I'm just hoping I don't need to learn to eat century eggs. Now that's a challenging task. More so than remembering what to call your in-laws, right?

﻿
Special Reports
﻿
62926
,
62931
,
What's in a name? The complex rules of addressing family in Chinese
Teen's tragic suicide brings cyberbullying back in focus
Why are Chinese books hard to find in a bookstore abroad?
Hooray for creating more green, public space for residents
As a mom, I have a responsibility to monitor my kid's video game use
Beijing Winter Olympics to more than make up for my regret caused by the pandemic
In wake of Tonga, what's on your bucket list in the event of Doomsday?
Culinary cojones: Regional recommendations for wayfaring palates
On artistic licence and the questionable utterances in Shojo manga
Sessions mulling best approaches to social and economic development
EXPLORE SHINE