On sportsmanship and a touching scene from Beijing 2022 snowboarders

Sport, regardless of whether viewed through the lens of a competitor or a spectator, can often serve as a microcosm for life in various ways.

Each contest is a respectful competition, much like in any business or market, in which people try in earnest to win the prize – medal, contract, or bonus – over other players, but agree to do so within the boundaries of certain rules or else face punishment or disqualification.

In sport as in life, we hone and sharpen our skills through hard work and practice in an effort to increase our proficiency at our craft, no matter whether that's a turnaround jump shot or a persuasive sales pitch.

In life, we also often engage in acts of altruism, wherein we assist the pursuits of others with no expectation of personal reward or gain. We might call these deeds charity, generosity, or kindness, but in the realm of sport, we refer to them as acts of sportsmanship.

Sometimes an athlete might help out a competitor with tips or advice, despite the possibility of such a gesture coming back to bite the former if the latter is to use that advice to gain victory.

We've seen this before. The first memory that comes to mind for me is the hilarious anecdote about former NBA superstar Tim Duncan, a paragon of sportsmanship in basketball, who repeatedly gave advice to a much younger and less experienced opponent during a game about how to better attack Duncan's defense when he had the ball. 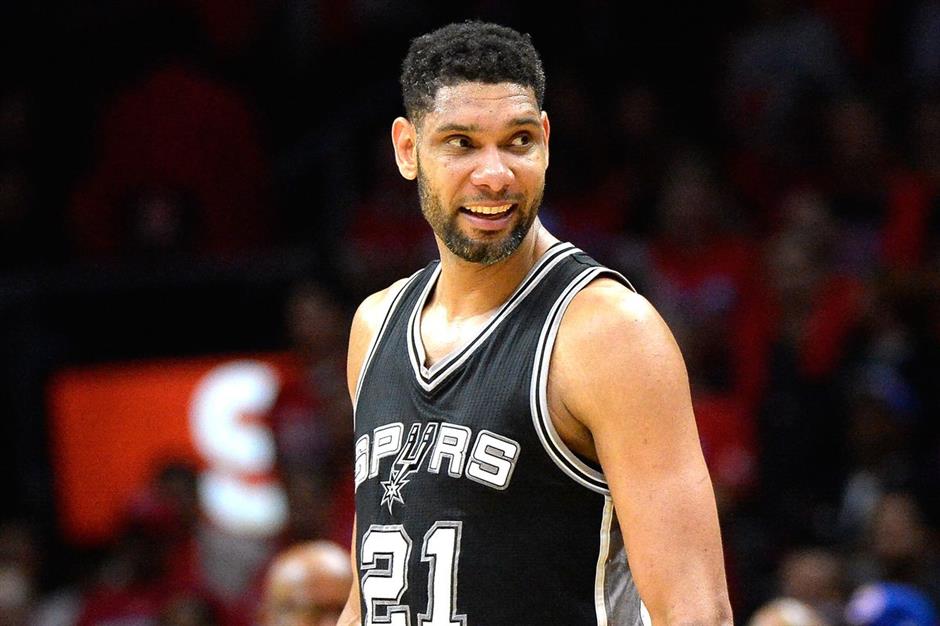 NBA superstar Tim Duncan once kept giving advice to a much younger and less experienced opponent during a game.

Though it might seem counterproductive to help out the opponent mid-game, it certainly betrays a high level of respect and appreciation for the sport itself, showing a desire for each athlete to perform to the best of their ability for the highest level of sport to be achieved.

This has certainly occurred at the Olympics too, with perhaps the most famous example being at the 1936 Berlin Games, where in the long jump event, American star athlete Jesse Owens, who would go on to win four gold medals in separate events that year, fouled on his first two attempts.

Before his third and final try, in which another fault would result in disqualification, Lutz Long of Germany, a fellow long jumper, gave Owens a bit of advice on how to adjust his approach to avoid this fate. Owens took that advice and it ultimately catapulted him to a gold-medal finish, while Long claimed silver.

Sportsmanship can also be seen at the Games when athletes assist those who are injured or otherwise in danger. We've seen competitors assist injured opponents, such as when Chinese star hurdler Liu Xiang was unfortunately injured at the 2012 Games in his bid to repeat as a gold medalist. Unable to make his way to the sidelines to receive medical attention, two of his fellow runners helped him reach a wheelchair waiting for him off the track. 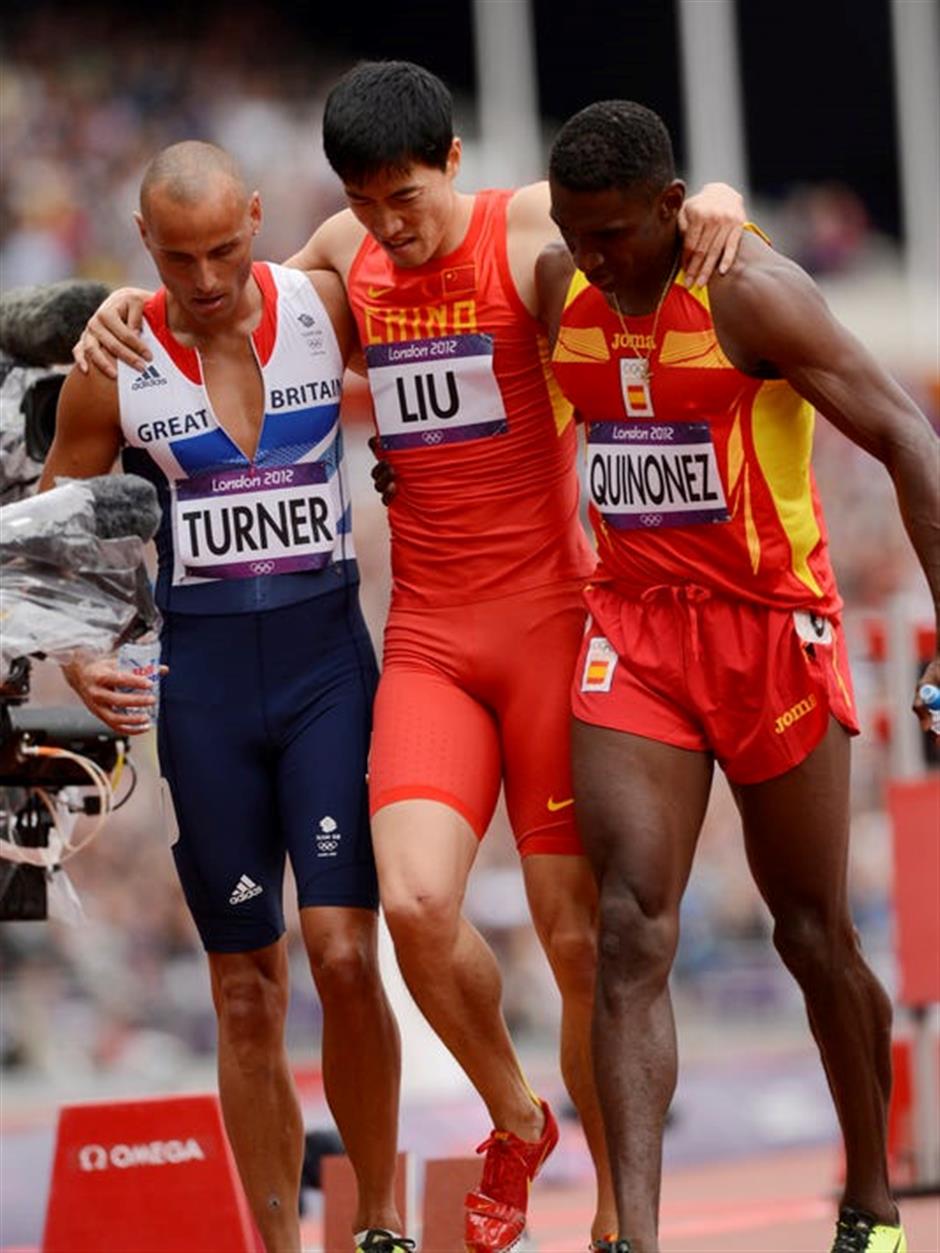 Two of Chinese star hurdler Liu Xiang's fellow runners help him reach a wheelchair after he was injured during the 2012 Games.

In Seoul in 1988, Canadian sailor Lawrence Lemieux, in second place at the time during the Finn class sailing event, noticed that suddenly strong winds caused two Singaporean sailors' boat to capsize. Lemieux abandoned his position in the race to save his opponents, ultimately succeeding in ensuring their safety but finishing 23rd in the race.

Today in Zhangjiakou, we saw another type of sportsmanship in the women's slopestyle snowboarding event – pure joy and elation for an opponent's tremendous performance and accomplishment. Through her third and final run in the event, American Julia Marino held the top position with a final score of 87.68. She was followed in second place by Australia's Tess Coady, who posted 82.68 points. The two were in line to secure gold and silver, respectively, in the Olympic debut event for both.

One more snowboarder was set for her final run, however, and New Zealand's Zoi Sadowski-Synnott blew everyone away with a magnificent final run, culminating in a stunning 1080 – three full midair spins – and earning her a score of 92.88 and a spot atop the center podium to receive Olympic gold.

Rather than feel awash with disappointment for losing the opportunity to claim their first Olympic gold medal, Marino and Coady immediately swarmed Sadowski-Synnott and embraced her, congratulating her for the incredible performance. The three fell to the snow in jubilation and exhilaration, cheering each other's success. 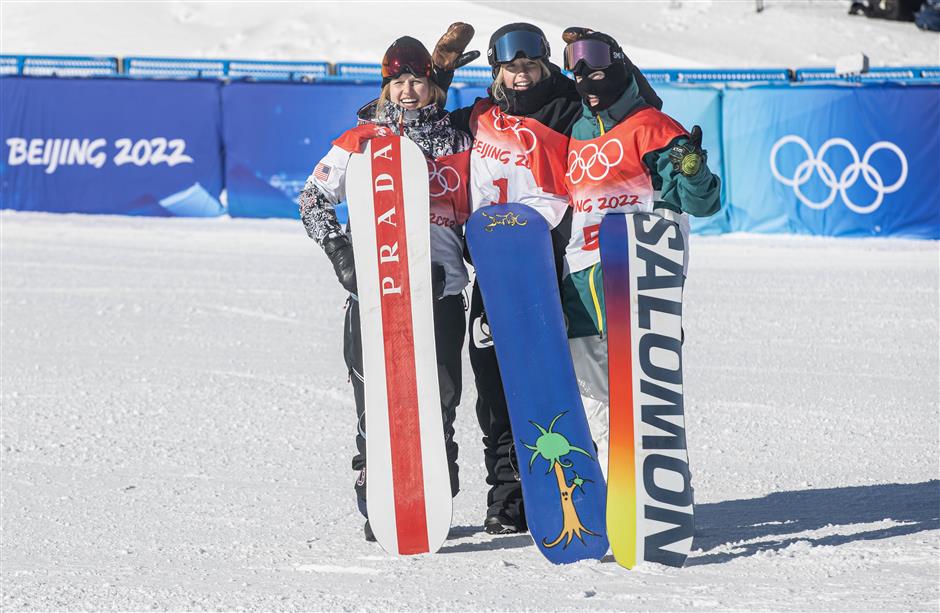 It's important to remember that this occurred on the grounds of Olympic sporting event. Rest assured, despite his reputation as a sportsman, Duncan never jumped for joy and celebrated with Lakers or Mavericks players after they knocked his Spurs out of the NBA playoffs. So what is it about the Olympics that bring this extra level of companionship and mutual adulation out of the athletes?

I'm certainly not an Olympian, so I'm far from qualified to answer that question, but we can gain some insight from the words of the silver medalist Marino herself. She said of Sadowski-Synnott, "Zoi's an inspiration to all of us. She's the best rider right now, and she's making us all push our levels, and I couldn't be happier for her. She's a great person and a great rider, and I love to share the podium with her."

It seems that the athletes appreciate the successes of others not only out of friendship and mutual personal respect but also because they push each other to perform to a higher standard. These are some of the best in their field in the world, and so seeing another competitor raise the bar motivates and inspires them to strengthen their own skills as well. Also, the comments show a respect for the sport itself and a true appreciation for seeing it played at the highest level.

This is why we watch the Olympic Games. To watch the best athletes in the world compete at the pinnacle of sporting prowess. To see displays of mutual respect and sportsmanship across international borders. To cheer on our home countries and our favorite athletes from around the world. And to watch heartwarming stories like this unfold before our eyes.