Although Bing Dwen Dwen is adorable, there is a jarring note when it tries to talk

During a TV broadcast, Bing Dwen Dwen "speaks" via a video link and the actor inside the mascot even takes off its cute body suit after it's deflated.

As the panda mascot continues to be a smash hit at the ongoing Beijing 2022 Olympic Winter Games, these chubby icons are quickly sold out of stock, and scalpers are reselling them at exorbitant markups.

They are so sought after that the head of the mascot's designer team complained that his son has been unable to secure one so far.

Meanwhile, the animated, life size versions of Bing Dwen Dwen are disporting themselves in public, pulling off antics, exuding charisma, and, in their exuberance, some clearly overreach themselves.

That is, some begin to talk.

The more discerning and judicious observers claim mascots cannot talk for their vocal quality would immediately betray their gender.

According to relevant International Olympic Committee regulations, mascots are not expected to evince any gender distinction.

Thus all promotional videos and films for the current Winter Games have been made with the explicit understanding that mascots do not speak.

They still have ample resources at their disposal, however, to endear themselves to the public.

They could express their sentiments through gestures or physical movements.

In a soon-to-be-released animated movie about the Winter Olympics in Beijing, the mascots confine themselves to mimicries or onomatopoeia that do not make them gender specific.

When a Japanese TV reporter enamoured with the mascot conducted an interview with Bing Dwen Dwen, the mascot responded to his questions with the help of two boards marked with "YES" and "NO."

Asking whether Bing Dwen Dwen would take off its spacesuit-like outfit during sleep, and seeing the mascot vacillating between "YES" and "NO," the clever reporter quickly came to its rescue by replying vicariously: "This is a secret!" 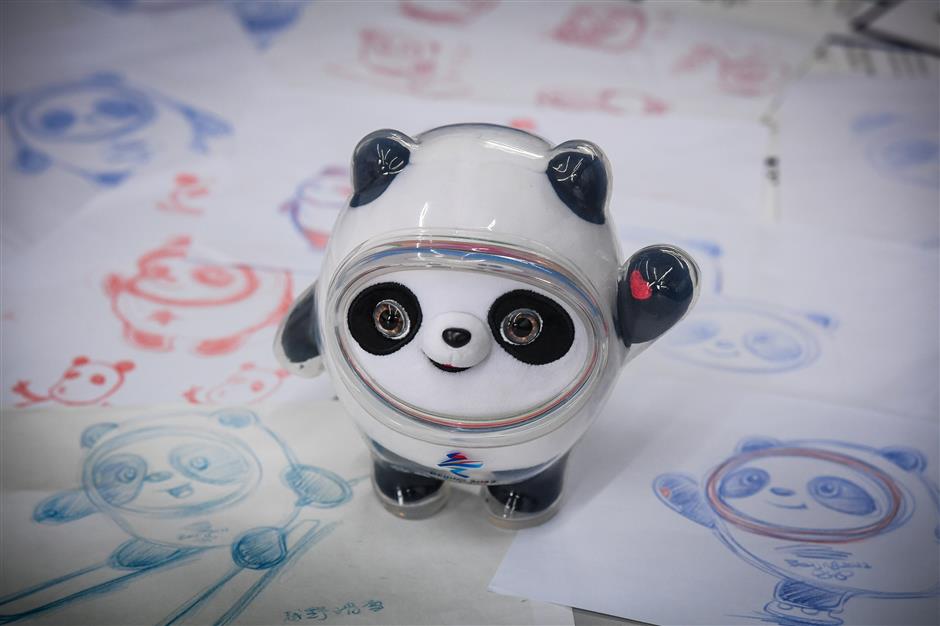 But thoughtless, uncaring treatment of these images could be disruptive.

There have already been several instances of mascot actors taking off their cutesy outfits during a livecast, or holding up a deflated mascot for public scrutiny. Some mascot actors, to woo more fans, would reveal and show off their identity on social media platforms.

Such iconoclastic behaviors are disturbing, for they would effectively dispel whatever charm associated with the toys.

Given the mascots' symbolic representation of the Olympic spirit, one could not be too cautious or delicate in dealing with the appealing but vulnerable toys.

Thus a highly efficient and professional team should be appointed and entrusted with the task of safeguarding the spell and mystique surrounding the cuddly idols.

Such a team could well take a leaf from some companies that would go to great lengths to protect the authenticity of their idols.

A couple of years ago an enacted cartoon figure at Shanghai Disney suffered a stroke in sweltering heat while on a parade.

Even in an emergency like this, the work team first removed the victim to a place that was out of sight of visitors, and then extricated the victim from the stuffy outfit.