Edgar Snow, and why I think his legacy is so important today

The vast majority of Western mainstream media reportage on China is negative and unbalanced, presenting China to the world as a dangerous, dirty dystopia, where 1.4 billion live terrible lives under the control of the "violent" Communist Party of China.

Of course, this is far from the reality. But any attempt to get the truth out about China, especially by foreigners living here, is often met with derision, accusations of CPC funding, and claims of brainwashing. Western media have also begun going out of their way to discredit foreigners who dare to say anything positive about China, with special reports where they twist facts and stain reputations.

But, believe it or not, this is nothing new ...

On this day exactly 50 years ago, American journalist Edgar Snow passed away at the age of 66. Unfortunately he died just a week before then US President Richard Nixon made his famous 1972 visit to China and would never get to see the normalization of relations between the two nations.

That historic visit was made possible, in part, thanks to Snow's famous 1937 book, "Red Star Over China," a book that shows the world, for the first time, the reality of China's revolution, the Communist Party of China, and its leader, Chairman Mao Zedong.

Snow, too, was attacked and tarnished by Western media, accused of being pressured by the Communists to paint a romanticized image of the revolution. Some even blamed him for the eventual success of the CPC in 1949.

I first began appreciating "Red Star Over China" while I was studying my master's degree in Chinese culture at Fudan University and interning at Shanghai Daily. It was when I started writing and making short documentaries there full time, though, that I really started to see how important Snow and his book were, and still are today. 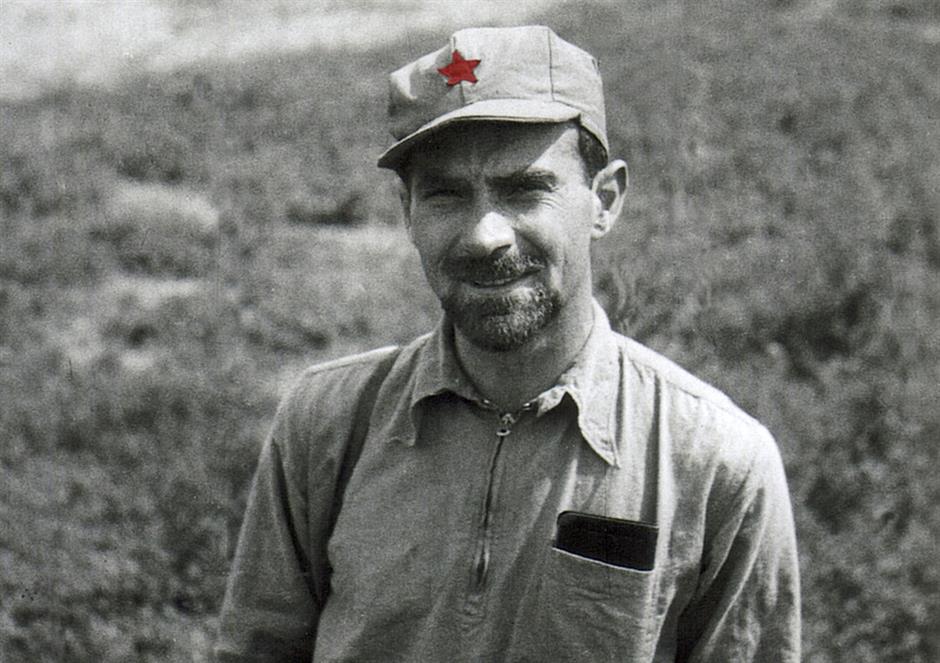 American journalist Edgar Snow is famous for his 1937 book, "Red Star Over China," which shows the world, for the first time, the reality of China's revolution, the Communist Party of China, and its leader.

Snow was born in 1905 in Kansas City, Missouri, USA. He first arrived in China in 1928, ultimately spending 13 years here working as a journalist and writer.

His big break would come in 1936, when Snow had the opportunity of a lifetime: to travel deep inside Communist territory to cover the other side of China's civil war.

China was controlled by the Kuomintang at that time, making it hard for journalists to produce balanced stories about what was happening. For many years, only the KMT's account was heard around the world.

Yan'an in China's Shaanxi Province served as the base of the Communist Party of China during the civil war. Nobody in the outside world had contact with the revolutionaries, and there was literally a decade-long blackout of first-hand information in international media from behind the lines.

That is until Snow risked his life crossing battle lines into what the world believed to be extremely dangerous "Red Territory" in 1936 and met with Chairman Mao and other leaders. In the end, Snow lived there for around three months, ultimately publishing his account in "Red Star Over China," which was an instant bestseller.

The book opened the eyes of millions around the world to the other side of the war, becoming important reading for two US Presidents and contributing to the normalization of relations between China and the US, starting with Nixon's visit in 1972.

"Red Star Over China" told the story of the CPC members from their point of view, in their own words, without being taken over by editorializing or bias on the part of Snow himself, a technique popular in Western news reports on China in 1936, and still popular today in 2022.

So why is a book that was published 85 years ago, by a man who died 50 years ago, still so important today? For many, it's because "Red Star Over China" is an increasingly rare situation where Westerners have represented China fully and fairly, allowing the world to see behind the dramatic headlines and biased copy. For his work, Snow is still remembered in China to this day as a symbol of international friendship, a sign that we can get along for the greater good.

For me personally, "Red Star Over China" serves as inspiration – something that helps me keep pushing forward in my work to battle misrepresentations of China, to try and help the world see real China stories again, like Snow managed to achieve back in 1937.

I used to feel quite alone when I was attacked online for daring to tell the world that they've got it wrong about this huge and complicated country, whether it's been in my visits to Wuhan or reporting on the floods in Zhengzhou or whatever else. But after being invited to speak in Yan'an – the "red capital" where Snow wrote his book some 85 years ago – at an event about keeping his legacy alive today, I found I'm truly not alone.

As a columnist and filmmaker in China today, I'm determined to keep Snow's legacy alive through my own work, and to keep helping more and more people see the China I see every day.