Cruise at your own pace: Car culture across borders

During the early stages of any new technological development, it takes time for the nascent product to spread to the masses. Usually, at first, the item is quite pricey and a niche item to be experimented and tinkered with in laboratories or serve as toys and status symbols for the wealthy.

As technology improves and the product becomes cheaper to manufacture, prices come down and the item becomes more accessible to average consumers. Skeptics who initially doubted its utility or practicality begin to fall by the wayside, and it begins to appear more frequently in both private and public spaces. People and businesses develop new ways to harness the new technology, and eventually, it becomes a part of mainstream society ― that is, until it is replaced by its descendant on the technological timeline.

We've seen this process at work with countless inventions; notably, the light bulb, computers, mobile phones, and, mixed in the middle, cars.

At some point in the integration process, if the item is revolutionary enough, a special culture often begins to develop around it. From etiquette about how it should be used to customizations that alter its appearance, users begin to form a deeper understanding of and relationship with their devices.

This has certainly been the case with automobiles. As the car has become the backbone of personal transportation worldwide, auto cultures in different countries and societies have cropped up.

In the United States, where I'm from, car culture is a very deep-seated and entrenched part of the zeitgeist. The vast majority of people in the country own a car, whether that vehicle is a pristine luxury ride or a heavily used, broken-down old rust bucket. It's simply a necessity for transportation in a country with generally sparsely populated towns and cities stretched over a huge landmass with very poor public transport infrastructure.

Because of this, people usually spend an inordinate amount of time behind the wheel compared with other societies. Hence, motorists tend to treat their automobiles like a second home, preferring big, bulky trucks, vans and SUVs and stocking them with every tool and knick-knack one could conceivably ever need whilst on the road.

Napkins are a must, because people often dine behind the wheel because essentially every fast-food restaurant, Starbucks and countless other establishments offer convenient drive-through window service. Cars tend to be large and fuel-inefficient gas guzzlers because of wide roads, large parking lots, and the relatively inexpensive price of petrol, and, quite frankly, the somewhat wasteful, wanton consumerism inherent in American culture.

Compare this with many other countries around the globe, where people tend to drive smaller, more fuel-efficient vehicles, both better preserving the environment and fitting more snugly into smaller areas in cities not designed for massive fleets of land yachts.

China, despite flourishing as a car-happy society a bit later than some other places, is now the largest market for new automobiles in the entire world. More than 21 million new automobiles were registered in China in 2021, outpacing every other country. With less than one car registered for every five individuals in the country, the potential for growth in China's auto market is vast when compared with other automotive-heavy countries like the US, where there are already more than four cars registered for every five people.

With this rise in drivership has also come a thriving car culture, which is different in many facets from those in other countries and interesting in its own ways. 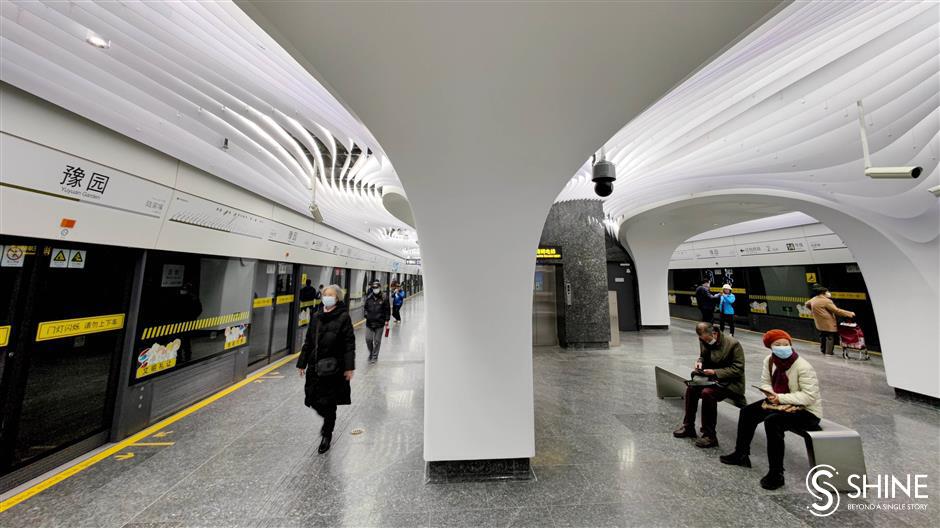 Shanghai has the world's largest subway system with 20 lines that cover over 800 kilometers.

In Chinese cities, having a car is less of an absolute necessity than it is a bit of a status symbol and luxury item. Because of the country's top-notch and comprehensive public transportation systems, both intracity and long-distance, people don't need to own a car to reach their destination with relative ease. In Shanghai in particular, home of the world's largest subway system and boasting hundreds and hundreds of city buses, the public transportation network enables residents to move rapidly throughout the city without needing to get behind the wheel.

Before relocating to Shanghai eight years ago, I spent several years living in Jiangsu Province. While the transportation system in the town I lived in was also convenient, having a car there was of greater use. I got my local driving license and used it daily, but after moving to Shanghai, I quickly found that, for me, driving was more hassle than it was worth. I got rid of the ride and began using the Metro daily.

Eventually, my license expired. I still haven't gotten around to renewing it. I haven't had the need.

Of course, there are still reasons to own a car here. If you live in the city's suburban areas, where Metro stations are less concentrated, buses appear less frequently, and taxis are harder to hail, having a car does decrease the level of effort necessary to get around. If you're starting a family, it's easier and safer to put your young ones in a child seat in the car's back seat than shuffle them through the oft-crowded Metro.

So, I get it. For many Shanghai residents, cars are indispensable. But for the majority of us, they're unnecessary, making car owners a bit more like a club than in places where cars are more ubiquitous.

I've adorned every car I've owned with a few decorative stickers on the rear bumper or window. Whether I was representing my favorite sports team or another cause I cared about, it was a little personal touch I enjoyed adding. In China, I've seen a different type of sticker on the back of some cars which I always found intriguing.

I've noticed stickers on the cars of new parents declaring to surrounding motorists that there's a young child in the car and encouraging them to drive safely. While we should all always strive to drive safely, sometimes the notorious road rage takes over, so seeing this sticker ought to be enough to calm drivers down. We have this in my country as well.

At times I've spotted stickers on the cars of novice drivers announcing that they are new behind the wheel and to be more understanding of their perhaps overly cautious tendencies. I'd never seen this ― except for actual student drivers during lessons ― but I think it's a fine idea that can help keep new motorists safe. 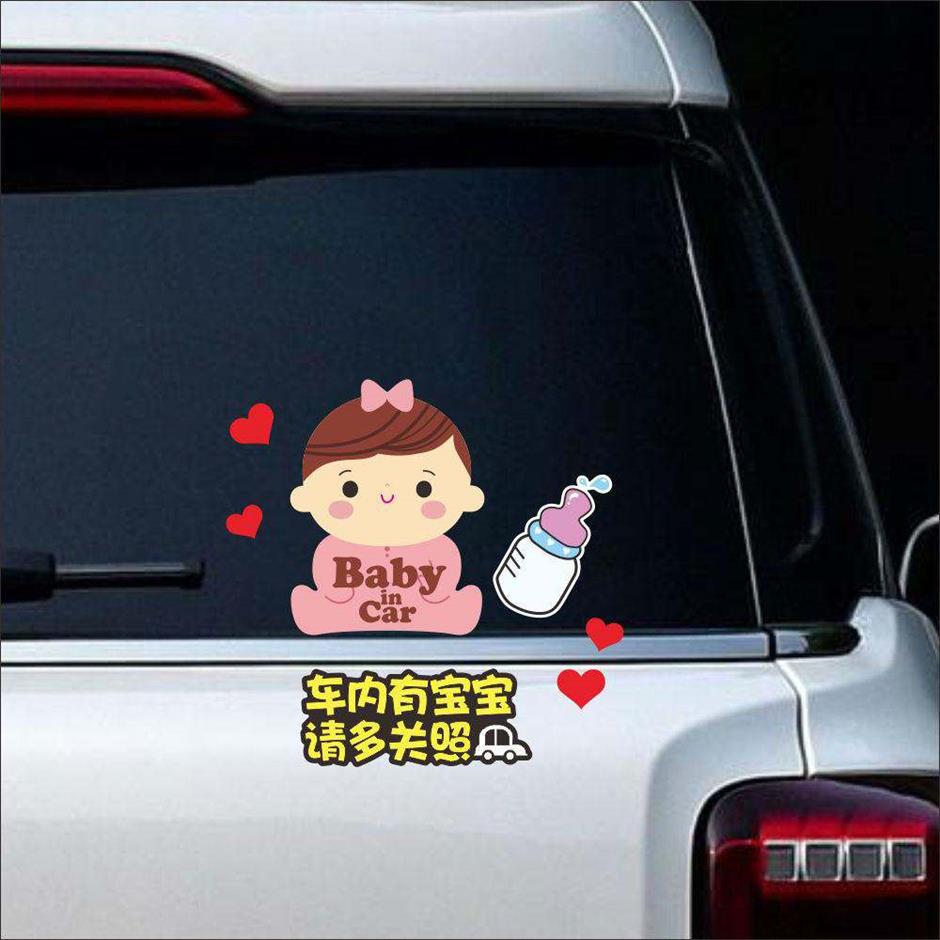 A cute sticker declares that there's a young child in the car and encourages motorists around to drive safely.

Various stickers announcing that the drivers are new behind the wheel

A very interesting aspect of cars here for me is the choice of colors, particularly as they relate to the make and model of automobiles. In some places, the environment influences color choice. In the Gulf States of the Arabian Peninsula, for example, the majority of vehicles are painted white, both to combat the extreme heat and conceal any minor damage to the paint when the wind blows sand through the air. Barring this practicality aspect, though, people are generally free to choose whichever color of coating they'd like on their vehicle ― even if they might have to fork over a bit of extra cash to add a non-standard hue.

But I've seen more neon, iridescent, two-tone, or otherwise wildly colored vehicles in Shanghai than almost anywhere else I've been. And it's not only on the cars you'd expect. Flashy cars often sport flashy colors, which makes sense. If I were to spot a bright yellow or fluorescent green car, I'd expect it to be a Porsche, Ferrari, or even perhaps a souped-up Nissan. But I've seen bright purple BMW sedans, neon orange family-style SUVs, and even a candy-pink Rolls Royce cruising around town.

I can't say I've seen that in many other places. And if you ask me, a bright pink Rolls Royce might be a bit gauche...

At least people are comfortable and happy to express themselves through their automobiles. Who cares what I think?

Make your vehicle truly yours. Isn't that what car culture is all about?