A taste of home: Childhood snacks with an added twist

Everyone enjoys a little piece of home. Even if you've been living abroad for years, seeing a little piece of something from your country of origin, especially if it's a part of your childhood memories, brings a bit of nostalgia that always warms the heart in a certain special way.

This can manifest itself in a number of different places. It could be a movie or television program you watched as a youth. It might be a toy, a type of clothing, or a game or activity common where you're from.

But the most common spark for nostalgic memories and that feeling of home is undoubtedly generated by food.

It could be just a certain meal or an ingredient used in a particular type of cuisine. For me and many others, though, the power of branding is formidable. As much as most of us like to think that we aren't swayed by advertisements and marketing strategies, the fact is that they do influence us in many intangible ways. We remember the jingles, the logos and the names of the brands we grow up with.

As an American, many of the food and beverage brands I was raised alongside, for better or worse, become global phenomena. Things like Coca-Cola, McDonald's, KFC, Hershey's, Lay's, and many, many more, greet me wherever I go. No matter what country you're from, you've most likely encountered these names before. The number only continues to grow with the passing years, with favorites of mine like Chili's, Popeye's and Five Guys setting up shop in Shanghai over the last couple of years. 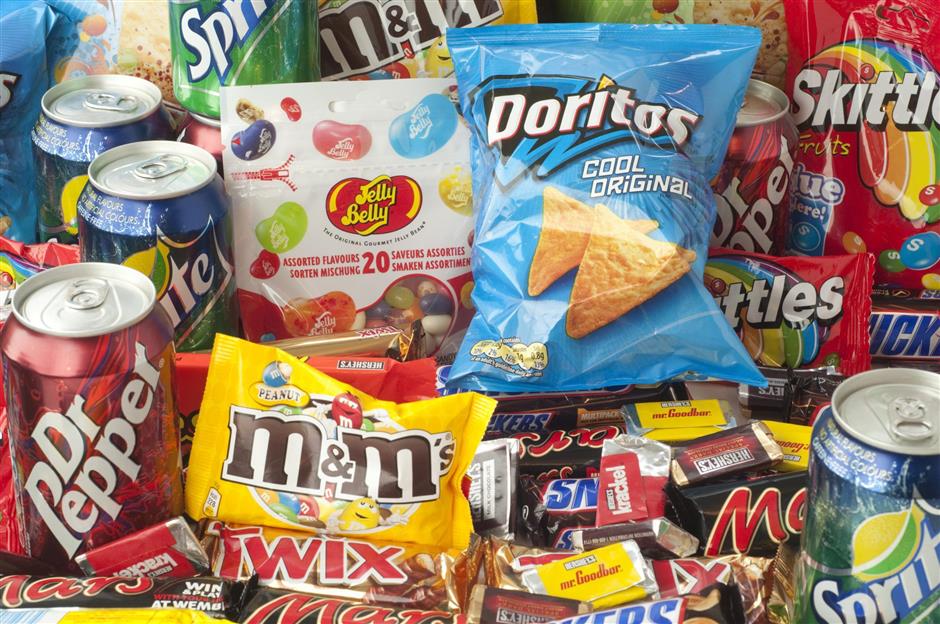 Some of the popular snacks in the United States

What makes it interesting for me, however, is not the familiarity but rather the strangeness of seeing differences in the menus and product lines of these brands. Not only are some staples of my youth absent from the restaurant menus and convenience store shelves in China, they're replaced by completely different items ― some delicious, but others, frankly, a bit bizarre, at least in my opinion.

Of course, these well-heeled corporations spend truckloads of money on research and advertising to identify the predilections of consumer bases in different markets. A sandwich, potato chip flavor, or beverage that I might find off-putting can be a huge hit somewhere in the world, and products I love might be largely reviled elsewhere. Two cherry-flavored sodas that I grew up loving, Dr Pepper and Cherry Coke, both massively popular in the US, are scarcely available in China. When I was able to get my hands on a few cans, my Chinese friends who sampled them compared their taste to that of cough medicine!

But then, when I first had a try of the sky-blue jasmine-flavored Fanta soda available in stores here, the closest parallel my mind could draw to its flavor was the imagined taste of liquefied grass. I imagine many of my friends back home might have a similar opinion.

At any rate, it is a joy for me to be a bit adventurous, and that extends to sampling unfamiliar versions of products with familiar trademarks and brand names. 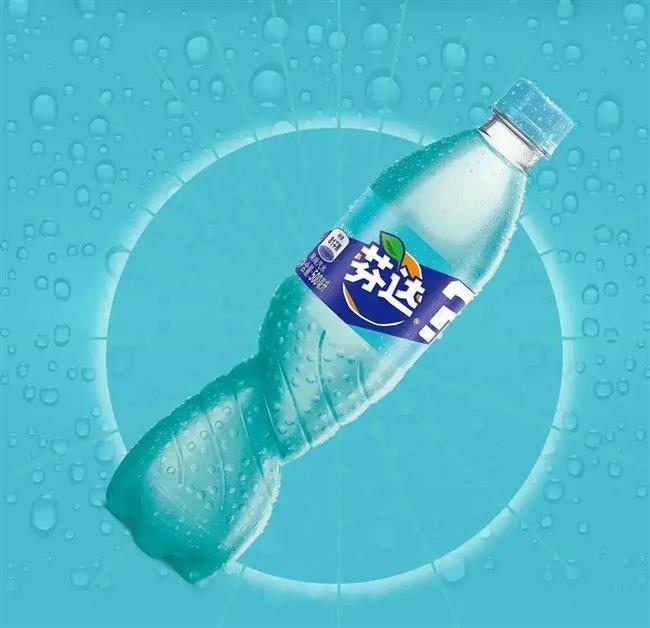 Now, I'll be honest. I quite like coriander, though it is a polarizing food, much like durian fruit and mayonnaise. Most people seem to either enjoy it or loathe it.

Strangely, in the case of coriander specifically, there exists a specific gene governing certain aspects of the olfactory system that, in a small but not negligible percentage of people, causes them to taste the aldehyde compounds in the plant's leaves more strongly than others. This creates an unpleasant, bitter, soap-like flavor on the tongue. So some folks' hatred for the herb is actually genetic.

But I'm free from this affliction. I like a bit of coriander (commonly referred to as cilantro in the US) in my dipping sauces for dumplings and hot pot, and I quite enjoy it sprinkled into wraps, sandwiches and soups.

But not on ice cream... right?

When I first heard of the new item, I immediately scoffed and shook my head in disbelief. However, the new sweet treat flew off the shelves, so to speak. Whether it actually has staying power or is simply a novelty gimmick, time will tell. But regardless, hordes of consumers here in Shanghai certainly did not share my initial gut reaction to first hearing about it. 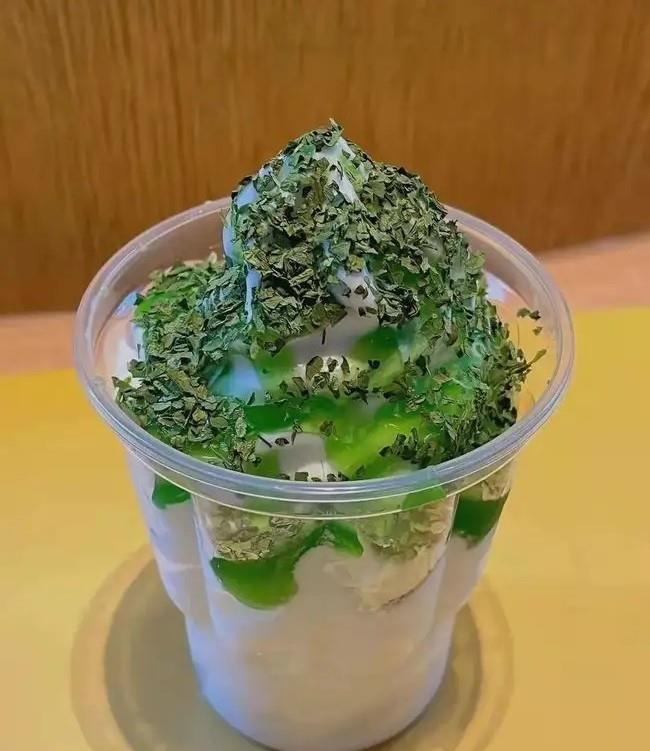 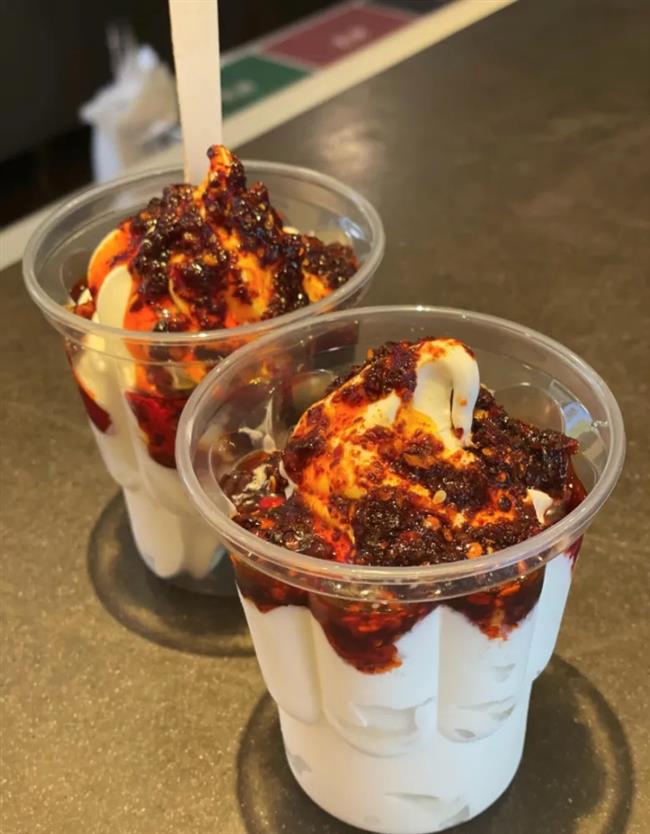 It's not the first time McDonald's has pulled a peculiar ice-cream snack out of its hat in China. In January 2021, the fast-food chain topped their frozen treats with the popular Chinese condiment Lao Gan Ma (老干妈), a savory, crunchy hot sauce that packs a spicy kick. It was a truly head-scratching combination that left netizens puzzled and divided.

I'd have loved to be a fly on the wall in the corporate board meeting when the marketing team pitched that idea. I suppose it was a success; more than a year later, I'm still talking about it.

It seems like the coriander treat was a limited-time offer, but I'm waiting to see if and when they bring it back. Perhaps they'll come up with a new wacky idea for their next promotion.

But it isn't only the folks at McDonald's who combine seemingly clashing flavors into their treats. Chili and wasabi have also made their way into chocolate treats like Hershey's, Snickers and Kit Kat bars. The Oreo cookies I ate as a boy were chocolate and creme, and the biggest variation you'd see was the so-called "double stuffed" cookies with extra filling. In China, however, one can buy the same brand of cookie with various citrus, berry and tropical fruit-flavored fillings and a plethora of other flavors and styles.

These types of outside-the-box products, in my estimation, are a bit experimental. I'm quite sure they wouldn't sell well and would be met with criticism in America, where the Oreo is, in the minds of the locals there, an established item that shouldn't be tinkered with.

This phenomenon of the desire to preserve the authenticity of a specific food item can be observed across cultures. Many a pizza traditionalist has been enraged by the US-created "Hawaiian" pizza topped with pineapple, seeing it as a desecration of the Italian stalwart dish. In Italy, the idea is completely foreign. No one would even think to do such a thing, much less serve such an abomination at an eatery. 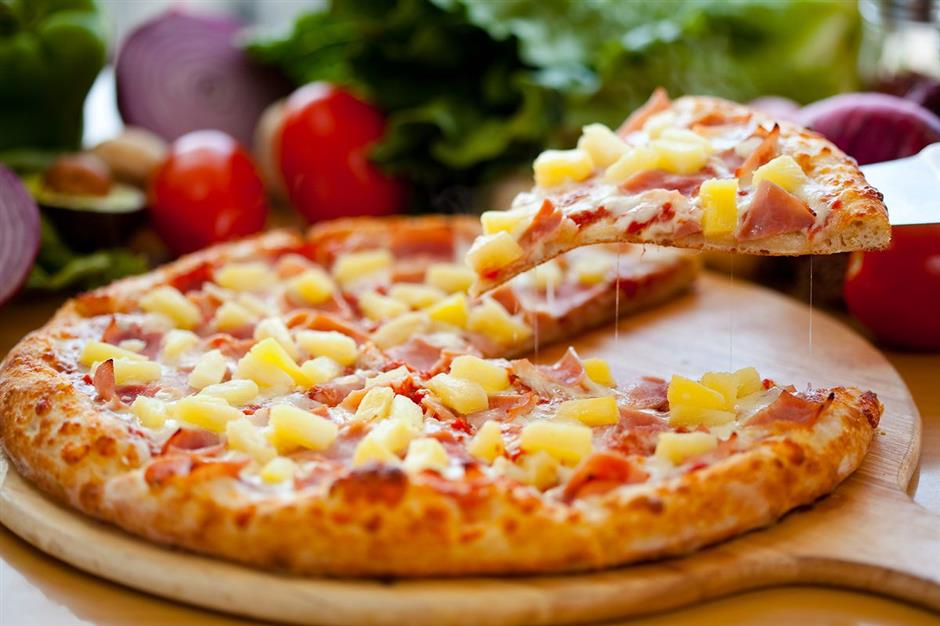 I wonder what our Italian friends think of some of the creations on the menu at some of Shanghai's pizzerias ... crayfish, carrots ... even durian.

But, like it or not, companies and restaurants alter their product lines and menu items to, as best they can, suit the tastes of the local population. Most Chinese food in the US is unrecognizable compared with the food here; it's been sweetened and soured to oblivion ― as is the opinion of several of my local friends who've tried it ― but it's a staple for many families on that side of the pond.

I, for one, am less of a traditionalist in this regard. I appreciate the opportunity to enjoy a new, often unexpected twist on the foods I grew up eating. Some are hits (the spicy Snickers really is nice) and others are misses (cucumber Lay's aren't for me, but I know they're beloved by many), but I highly recommend giving these funky foods and snacks a try. Even if they don't necessarily bring that jolt of nostalgia, you might even find that they supersede the excellence of the original versions.

Perhaps, if you find yourself looking for a snack, take a walk on the wild side and try a new flavor. Your palate may just thank you for it.