Before humans appeared on this planet, Earth was the dominion of animals. Of course, in this case, the term "animals" must be cleverly defined, as humans are part of the animal kingdom, but I'll use it here as we so commonly do ― in reference to non-human fauna.

When our prehistoric ancestors began to roam the planet, walking upright, forging simple tools and developing basic language, they still faced imminent danger from the creatures in their surrounding environment. As those tools developed, of course, along with our critical thinking skills and communication methods, we eventually shaped the terrestrial regions of the pale blue dot to cater to our wants and needs, transforming it into what it is today.

Nature, however, is still wont to reclaim areas of land that humans abandon, even if those regions were once populated and developed. A famous example of this is Chernobyl. The area of Ukraine was devastated by a meltdown at its nuclear facility in 1986. As is well known, the radiation and fallout released in that disastrous event forced residents in the surrounding area to relocate and leave the region completely devoid of human activity. Perhaps lesser known is that this area, now known as the Chernobyl Exclusion Zone, is now the third-largest nature reserve on Europe's mainland. Hardy animals, undeterred by the danger (and surely blissfully unaware of it) have reclaimed the area now off-limits to people.

While the COVID-19 pandemic and subsequent lockdowns haven't quite led to human abandonment of areas that extreme or lengthy, there have been many incidences of wild animals roaming about in town squares and down normally-crowded roadways during lockdowns in countries around the world since 2020.

From mountain goats and deer to flamingoes, monkeys, and more wildlife endemic to the terrain surrounding towns and cities around the world began to encroach upon the territory humans had abandoned whilst locked inside. Perhaps in search of food or maybe just curious about where we all had gone, the phenomenon produced a wave of fascinating snapshots of creatures normally reticent to interact with humans and thus rarely seen in developed areas wandering up and down city streets.

In this file photo, goats roam on the streets of Llandudno, Wales. 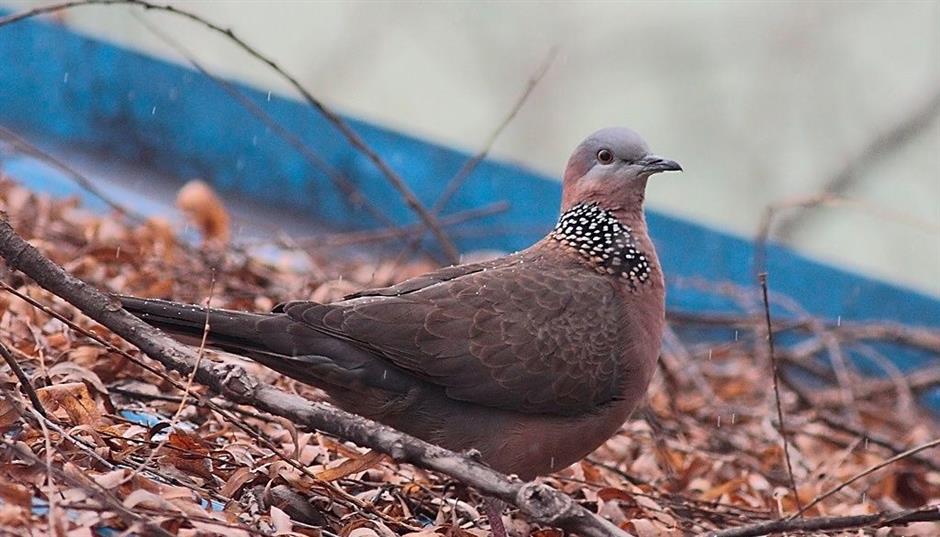 A turtledove is spotted in Shanghai.

Although Shanghai's lockdown hasn't quite morphed into anything like that, I have noticed the animals outside getting a bit more comfortable in the city's streets. Just before Puxi (west of the Huangpu River) entered an official lockdown, some people were already stuck at home due to positive cases in their districts or compounds, and many others elected to remain in their domiciles to avoid potential contact with the virus. Because of this, the number of people and vehicles out and about was noticeably smaller than its usual magnitude.

Surely the majority of the city's wild animal population has welcomed this development. While there aren't any mountain goats or flamingos lurking on the city's outskirts, Shanghai is home to countless birds ― sparrows, swallows, and turtledoves ― that have been particularly vociferous in the early morning hours lately. If any of you have risen early ― or stayed up really, really late ― you might have noticed Shanghai's avian residents to be especially chatty these days.

And it's not just them... prior to March this year, I could count the number of gray squirrels I'd noticed in the streets in my years here on two hands. It was particularly memorable for me to see one of these critters as they are absolutely everywhere where I grew up but relatively scarce here. But, I've noticed, even when the city was undergoing increasingly less sporadic lockdowns as March progressed, more and more of the tree-dwelling rodents descended to roam about the ground level. On March 31, the day before Puxi entered its full lockdown, I even saw a yellow weasel, or huangshulang (黄鼠狼), scampering across the parking lot of a Jing'an District office building. Despite knowing they existed here, it was the first time I'd ever actually spotted one.

As we battle the pandemic and try to stay optimistic about our futures in the city, it is at times important and helpful to focus on the small things in life. If you find yourself awake in the wee hours of the morning, open the window and enjoy the songs of the city's birds, unadulterated and not drowned out by the cacophony of engines and horns. Perhaps it can help bring you a bit of peace and relaxation.

Stay safe, and take care. We'll be out to mingle with the city's critters again soon.