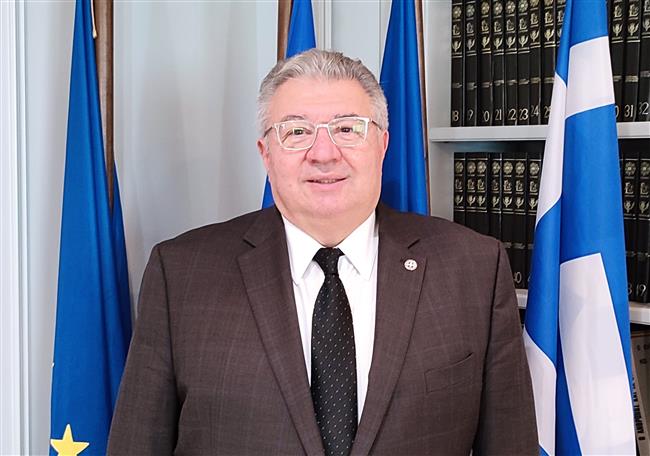 The year 2022 marks the 50th anniversary of diplomatic relations between Greece and China, two countries that represent two of the most ancient civilizations in the history of humanity. It would not be an exaggeration to claim that Greece and China are considered the cradle of Western and Eastern civilizations, respectively.

Our two countries take great pride in their rich heritage and for that reason we share a deep respect for each other's cultural traditions. Linguistic continuity, cultural traditions that are largely preserved unchanged to this day, and a deep interest in social, political and philosophical issues are some of our common dominant characteristics. At the same time Greece and China have embarked on an introduction of new ideas, new technologies and science all the while trying to maintain their long cultural traditions.

Culture is a significant element that connects our countries, a cornerstone of our relations that forges strong bonds between our nations. 2021 was declared "Greece-China Year of Culture and Tourism" expanded recently into 2022 due to the COVID-19 pandemic. This "Year," the first of its kind, gives the unique opportunity to both nations to discover and understand each other's cultural heritage and contemporary artistic creation through simultaneous events linking culture with tourism.

In 2021 a series of online events, such as scientific forums, film festivals, photo exhibitions and Internet teleconferences, were organized as the pandemic hindered our physical participation. At present, we really hope that in 2022 we will be able to overcome these obstacles and organize new events with the contribution of our Public Diplomacy Offices in the Greek Missions in China.

Greece and China are also participating in the Ancient Civilizations Forum, an initiative launched in Greece in recent years aiming to use the wisdom and legacy of great ancient civilizations to deal with emerging modern challenges such as the protection of cultural heritage, the repatriation of illegally acquired cultural treasures fighting the illicit trafficking of cultural property, climate change and its impact on monuments, and finally the promotion of sustainable cultural development.

Greece has participated in the Belt and Road Forum twice in the last five years in Beijing. A memorandum of understanding signed in August 2018 opened the prospect of advancing our bilateral relations in areas such as culture, education, media. Greece and China in the last 20 years have signed a series of cooperation agreements concerning, among others, educational and cultural exchanges, cooperation between the two countries' national libraries, and cooperation about the translation and publication of classical and modern literary works.

Greece and China have developed significant educational ties, concerning not only the teaching of Greek and Chinese languages in the two countries, but also remarkable cooperation in the domain of the academic and research communities of both countries.

In the academic sector, Greek universities have been closely cooperating with Chinese universities in the last decade, while a cooperation program between the Greek Ministry of Education and the China Education Association for International Exchange (CEAIE) launched in October 2021 aims to initiate synergies such as the creation of joint study programs, the exchange of students, the preparation of joint educational and research programs and the learning of both languages in both countries. As Greece is evolving into an educational destination through multiple synergies with foreign universities, cooperation between Greek and Chinese academic institutions has much to offer not only to our countries but also to the global academic community.

(The author is Secretary General for Greeks Abroad and Public Diplomacy.)