Europe has no choice but to subsidize energy costs

Bala Ramasamy is a Professor of Economics, Associate Dean and Director of the GEMBA Program at China Europe International Business School (CEIBS). In this interview with Shanghai Daily columnist Wan Lixin, he shares his assessment of the economic situation in Europe. 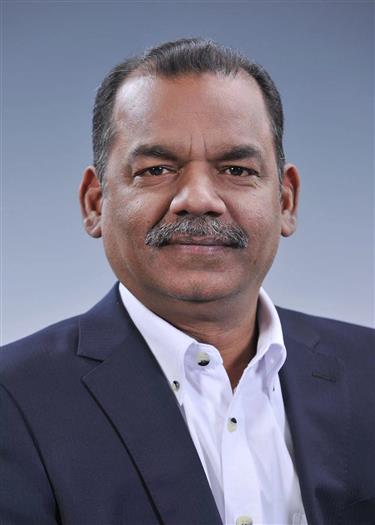 Q: Could you state and explain the predicament confronting Europeans at the moment?

A: Obviously, the biggest problem confronting Europe now is the worsening energy crisis, which directly affects the cost of living. For example, the crisis increased gas prices by more than 50 percent, and by more in some countries, such as Germany, than in others, further exacerbating inflation. This is something we have not seen since the 1980s. Although inflation is not something new, for many Europeans, this is a completely new experience. Of course, the reason for the increasing gas prices and inflation, in general, is the situation in Ukraine, as a direct outcome of tensions between Russia and Ukraine.

Q: What measures have the EU and European countries taken to address these problems, and how do you assess the results so far?

A: The impacts on gas prices are coming on top of the challenges these countries have faced from COVID-19. When Europeans began to learn to live with COVID-19, the demand for consumption was increasing late last year, as more and more countries reopened and returned to normal. So obviously, at that point in time, inflation was already on the radar in many countries, given the rising demand and supply chain disruptions.

While the supply chain disruption is something more or less manageable, at least in the short term, the inflation, as a result of increasing gas prices due to the conflict in Ukraine, is more difficult to deal with. When energy becomes so expensive, what governments can do is basically help households pay the price by giving out subsidies.

Q: What options do you think are still open to European policymakers?

A: I think the options open to them are limited. If the conflict in Ukraine ends, hopefully, things will be back to normal. But this will take time. European reliance on Russian energy means that, if Russian gas is suspended, you need alternatives. Some countries are turning to the US, Algiers, or Qatar. But to supply the gas, you need the pipelines, which take years to build. Thus, it is not a short-term solution. They are also importing LNG, but LNG needs storage space, and these countries do not have such facilities. So all real solutions turn out to be long-term in nature.

Q: EU has played a leading role in the green transition. How do you think its green aspirations will be blighted by soaring energy prices?

A: Europe switched to gas, chiefly because gas is believed to be cleaner than oil. Today, some Europeans are talking about going back to oil and coal, which is obviously a setback for the green transition, at least for the short term. There are renewables, but you need to build wind farms, and it will take the EU eight years just to give approval. They are heavy investments. Thus, some countries are thinking of going back to nuclear energy.

One of the key messages here is that, given the uncertainties today, it is becoming difficult to rely on others for energy – a lesson Europe is learning right now.

Q: How do you assess the US's role in helping create the current mess?

A: This is essentially an issue in Europe's backyard. When we talk about the US's role in this conflict between Russia and Ukraine, of course, there is this indirect role the US plays in giving Ukraine support and so on. And, according to Russia, the US's leading role in NATO was at the root of the Ukraine conflict.

Q: How will the EU situation affect China or the rest of the world?

A: As far as China is concerned, for many years, exports have been the main engine of China's economic growth, and the EU has been one of China's largest trading partners. So rising gas prices and the cost of living in Europe will affect China's exports as well, as Europeans are spending more just to keep warm. There are also geo-political tensions between China and the EU – in the sense that which side you take seems to be important now. Both European investment in China and Chinese investment in Europe will be affected. Government approval of the investment would be affected by geopolitical tensions.

Additionally, rising interest rates in the EU might weaken the RMB, meaning cheaper Chinese exports, but China also imports a great deal, which will be affected by a weaker RMB.

﻿
Special Reports
﻿
Europe has no choice but to subsidize energy costs
More needed to help elderly extend their careers
Chinese students in France: an experience with mixed feelings
Stray dogs in short supply as students rush in to walk them – at what risks?
Deeper China-Europe cooperation needed to achieve 'going green' targets
Queen Elizabeth II: The beacon of Britishness
Finding short videos irresistible? Well, so is gambling…
Did the regulatory authorities go overboard in slapping Paris Baguette with a 'hefty' fine?
The 'offal' truth about exotic dishes: They bring people from different cultures together
Turning 60 but still working? The challenges of calling China's retirees back to work
EXPLORE SHINE