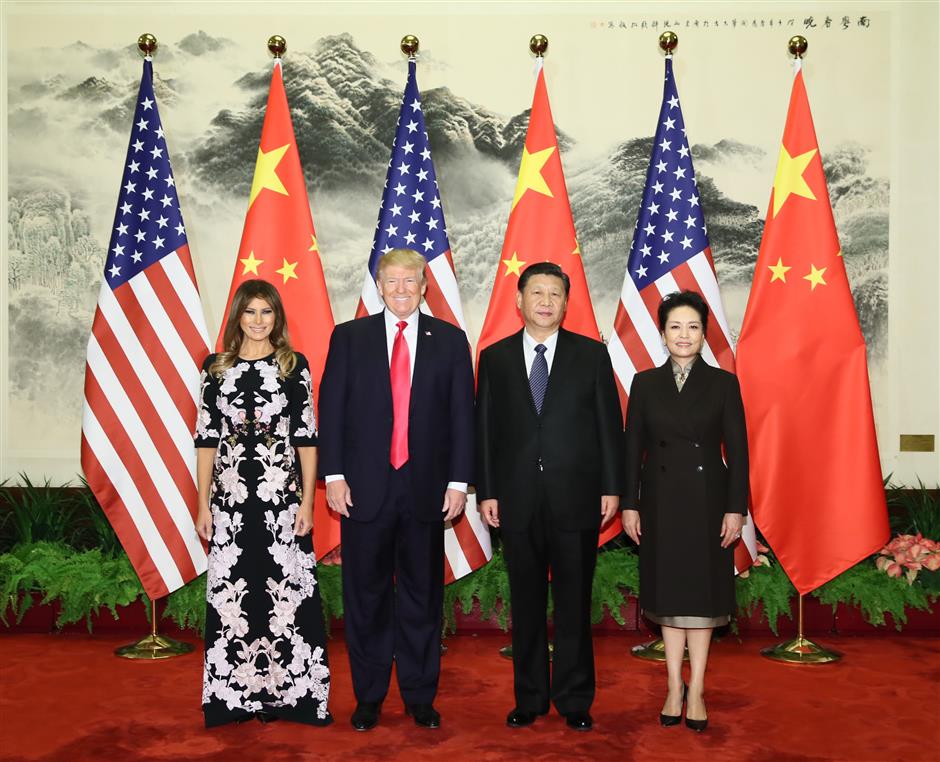 On his first state visit to China which wrapped up Friday, US President Donald Trump and Chinese President Xi Jinping drew a future roadmap for the development of bilateral ties, delivering a fresh sense of gain for the Asia-Pacific region and the world.

As everyone knows, stronger cooperation between China and the United States instead of tension and confrontation, benefits the world. The three-day visit also highlights how much can be achieved in bilateral relations when the two heads of state come together.

Trump's visit to Beijing marked the third face-to-face meeting between the two leaders in seven months since Trump hosted Xi in Mar-a-Lago in the state of Florida in April. They also met in Hamburg, Germany on the sidelines of the G20 summit in July.

The Beijing visit was a remarkable moment in the history of China-U.S. relations. President Xi called the visit "successful and historic" as the bilateral relations are "at a new historical starting point," while Trump said the two countries have a great relationship. The warm, candid words which pervaded the visit footnoted the trip's success.

The regional and international issues up for discussion rendered the Beijing visit the most focused stop in Trump's first Asia tour.

The two countries agreed to dedicate themselves to promoting peace, stability and prosperity in the Asia-Pacific region, support peace and stability in the South China Sea, and stand by Afghanistan's side in its efforts to rebuild the country.

On the Korean Peninsula nuclear issue, they agreed not to recognize the nuclear status of the Democratic People's Republic of Korea and promote a peaceful resolution of the issue through dialogue and negotiation.

The trip showcased positive interaction between the world's top two economies, and a healthy and stable growth of China-U.S. relations will help the two better coordinate on the world stage.

The visit also witnessed the signing by Chinese and US companies of a lucrative package of trade and two-way investment deals worth US$253.5 billion.

The record-breaking package underscores not only the dividend of the two countries' multinationals doing business, but also the huge cross-border opportunities that the economic and trade integration will create in the era of globalization.

A deal signed by the Silk Road Fund and General Electric to jointly invest in power grids, new energy and oil and gas in countries and regions along the Belt and Road will boost manufacturing cooperation between Chinese and U.S. companies and bring change across various regions of the world.

The robust economic and trade cooperation once again demonstrates to the world China's commitment to opening up and reform. China will not close its door to the world; in fact, its door will only open wider.

There's no need for zero-sum competition. Through political wisdom and creativity, the two countries can forge a new type of relationship.