THE proliferation of e-bikes in urban China has left many city managers scratching their heads.

In Shanghai, this problem affects a large number of people as many residential complexes do not have a special charging station for e-bikes.

Some users learn to cope by charging their bikes via electricity wires dangling dangerously from apartment windows. Others park their bikes in staircases of old walk-up apartment buildings, potentially blocking the safety passage in the event of a fire.

Both are common practices that had more or less been tolerated, for lack of a more desirable arrangement — until recently.

During a tour of the Tianhua Community under its administrative jurisdiction, officials from the Jiading District Industrial Park listened to the complaints of residents. A majority of their complaints appeared to be centered on the issue of e-bike-charging.

The tour was part of a citywide campaign urging officials to “go down” to the grassroots level to better respond to the slightest clues of people’s needs. Officials are required to take the initiative to spot and solve problems.

Residents of the Tianhua Community were among the first beneficiaries of this campaign, known as da diao yan, or systemic research and investigation.

After soliciting opinion from the local residential committee, property management company and resident representatives, officials from the Jiading Industrial Park decided to immediately launch a project to install public e-bike charging facility, which was originally scheduled to kick off in the second half of this year.

So far the first 20 charging posts that accept coins have been in place, available at a rate of 1 yuan (15 US cents) for six hours — enough to satisfy the basic needs of residents.

To benefit more people, work has also been carried out to install more than 40 similar charging posts in four residential complexes in Jiading. Authority there said they will further expand the scheme to cover more old-style neighborhoods.

The intentions of this kind of campaign are not only to identify the concerns of citizens, but also, among other objectives, to improve the general environment for doing business.

We need to look no further than the episode of Starbucks’ commercial re-registration to know how businesses’ concerns are taken very seriously by governments at both the municipal and district levels.

Early this year, both the Municipal Commission of Commerce and Government of Huangpu District were alerted to Starbucks’ difficulty in obtaining new commercial paperwork after a substantial change of shareholdings.

Starbucks’ outlets in Shanghai and neighboring Zhejiang and Jiangsu provinces used to be run by a joint venture formed by Starbucks and Uni-President China Holdings Ltd, a Taiwan-based food conglomerate.

After Starbucks bought out Uni-President’s shares in November, its chain stores in the Yangtze River Delta had to be re-registered under a new company name, and this required dealings with several government agencies to obtain the new licenses and permits.

Standard procedures cost a minimum one year or even longer, while Starbucks were desperate to get the proper documents ready within six to nine months.

In response, the authority established a coordinative mechanism that freed the proprietor from paying multiple visits to the regulators. Instead, registration work was considerably streamlined, enabling the company to settle everything in the shortest time possible.

Starbucks has 1,465 outlets in Shanghai, Zhejiang and Jiangsu. To speed things up, regulatory officials approved the opening of at least 100 newly registered outlets per week. 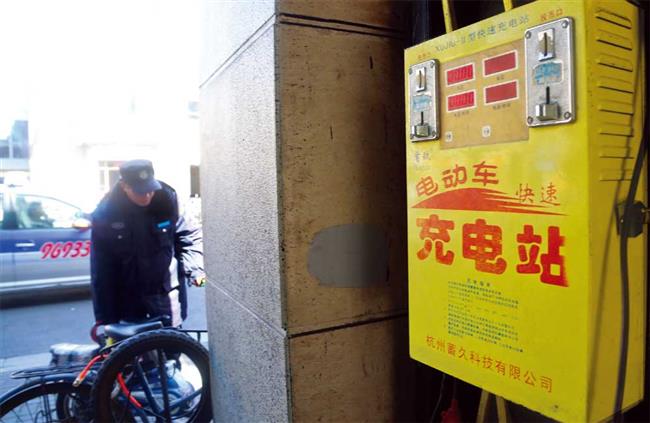 For outlets outside Shanghai, the Municipal Commission of Commerce even got in contact with its counterparts in the adjoining provinces and helped Starbucks with the necessary paperwork.

In the future, it is said that local authority will build on such experiences and explore the possibility of devising a long-term mechanism governing the swift licensing of similar foreign-owned chain stores, so as to create an even more pro-business climate.

President Xi Jinping said in late 2017 that research and investigation are the heirlooms of the Communist Party of China, and he stressed on many occasions that they are part and parcel of many endeavors.

Since the da diao yan officially began on December 29, with the televised conference held by the CPC’s Shanghai Municipal Committee, government agencies and organizations involved in this initiative totaled 1,464 from January to February, with 111,000 problems being collected and 49,000 of them resolved.

As Li Qiang, Party secretary of Shanghai, pointed out, “solutions abound if we go down to the masses, and problems pile up if we only stay indoors.”

The authority has gone to great lengths to seek public input about da diao yan, with such moves as to open a WeChat account aimed at encouraging interaction with the people.

According to official documents, about 50 percent of the comments posted in one section of the account were reportedly related to bread-and-butter issues.

Many have likened the da diao yan to the start of a new journey for Shanghai, and for this journey to bear fruits, the most significant thing is that officials respond to issues people feel strongly about.