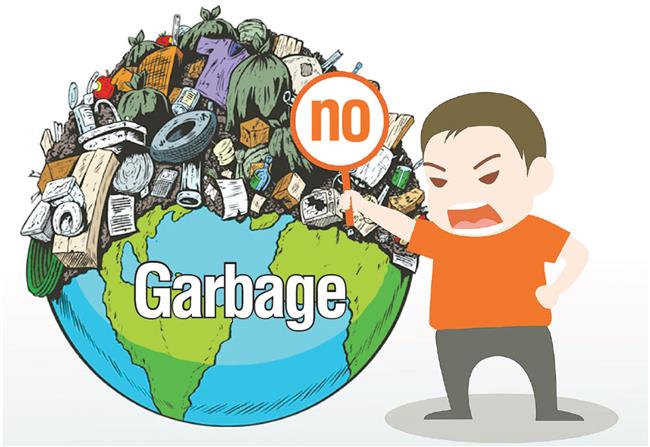 IN the face of the great harm made by foreign garbage to China’s environment and public health, Beijing has the legitimate right to ban foreign garbage and reform its management system of solid wastes import, said Ambassador Zhang Ming in a signed article published on the Euractiv website Tuesday.

Serving as head of the Chinese Mission to the European Union, Zhang said he was surprised by some representatives’ concerns about China’s ban on foreign garbage during the recent meeting of the WTO Council for Trade in Goods, where some representatives even asked China to halt its implementation.

China is a party to the Basel Convention on the Control of Transboundary Movements of Hazardous Wastes and Their Disposal adopted in 1989. The Convention provides for and fully recognizes the right of its parties to prohibit the import of hazardous wastes or other wastes, said Zhang in the article.

Meanwhile, the Basel Convention stipulates that parties have an obligation to minimize the quantities that are transported, and to treat and dispose of wastes as close as possible to their place of generation. In other words, it is the due responsibility of parties to do their best to reduce and take care of their own wastes.

In addition, before announcing the ban, China had full communication with other parties. It was half a year before the ban was actually put in place that the Chinese side notified the WTO of the change. Issues arising in the course of implementation have been well addressed through timely coordination.

“China started importing solid wastes in the 1980s, whose annual volume surged from 4.5 million tons to 45 million tons in the past 20 years,” he said, adding that the decision of the ban is widely welcomed and applauded by the Chinese people.

Interestingly, those who have expressed “concerns” are all from developed countries.

For a long time, well-off and well-equipped developed countries have been dumping their garbage to developing countries, said Zhang, noting that “this phenomenon should not be overlooked. It is more of a moral issue that relates to the future of mankind than of a trade issue.”

The great Chinese philosopher Confucius said: “Do not do onto others what you do not want others to do onto you.”

A famous quote from the Bible goes like this: “You shall love your neighbor as yourself.”

Islam belief has it that “none of you have faith until he loves for the people what he loves for himself.” No matter in which civilization, it is morally unacceptable to dump trash in others’ backyard, said Zhang in the article.

Moreover, as people already live in a global village, troubles shifted to their neighbors will get back to them sooner or later.

Erik Solheim, head of the UN Environment Program, said: “We should see the Chinese decision as a great service to the Chinese people and a wake-up call to the rest of the world.” Now, it is high time that developed nations re-thought their use of plastics and not simply sought alternative foreign dumping grounds, read the article.

For those garbage exporters, it is inadvisable to cry out loud and ask for too much from others, like spoiled children giving little heed to others’ interests, said Zhang.

“Rather, they should first examine what is going wrong on their part and fulfill their responsibilities. Developed countries need to rely on their own efforts to address excess waste and endeavor to develop a circular economy. Then they could see what they can do to help developing countries tackle their waste challenge. This is the right way to go,” said the ambassador.

If China’s ban could trigger other countries to develop more advanced technologies out of a greater sense of urgency and to better serve their own people with a stronger sense of responsibility, China must, indeed, be doing a good deed, he concluded.