AT a time when some countries are resorting to protectionism in balancing their own economies, China and Latin America are mulling moves to further strengthen trade.

Santiago Levy, vice president for Sectors and Knowledge of Inter-American Development Bank, gave his insights into what is hindering growth in Latin America and the Caribbean during a seminar last week sponsored by the Shanghai Academy of Social Sciences as part of its 60th Anniversary Top Think Tank Event.

After enjoying a decade of heady growth, bilateral trade between China and LAC slowed down from 2014, until 2017 when it picked up again, according to Levy.

Last year mutual trade amounted to US$269 billion, accounting for 14 percent of LAC’s total trade for the year.

Levy believes China-LAC trade could be further diversified and balanced.

The IDB estimates suggest that China will continue its robust demand for natural resources from LAC, such as iron ore, copper and petroleum, and LAC will be well-positioned to supply these goods.

This scenario poses tremendous opportunities for LAC and China, as well as obvious challenges. The short and medium term challenge is to reignite China-LAC trade growth.

To grapple with challenges, however, it’s easier said than done, particularly in view of the economic and social context as complex as in Latin America and the Caribbean. This region has been suffering from slow growth and limited catch-up in living standards. 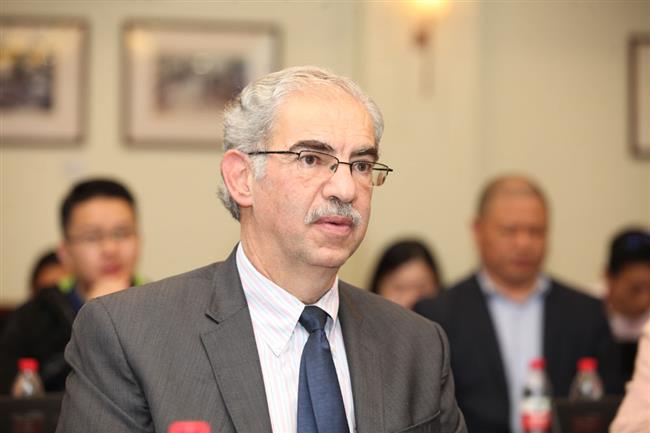 Levy said the LAC grouping lags the rest of the world in productivity growth because of low investment and poor quality of investment.

“Productivity in Latin America and the Caribbean is growing very, very slowly,” he said. “We have two problems — that we don’t invest enough, and the quality of investment is also poor,” said Levy.

In that country, both the type of company and level of sales revenue have to be taken into account to determine the exact tax regime applied to the company.

There smaller firms are taxed much less than bigger ones. If a firm grows, it’ll have to comply with a different tax code that increases the tax and diminishes the profits, thus most firms in Peru choose to stay micro or small.

“It’s not because the Peruvian entrepreneurs are not smart. It turns out that they are very smart,” said Levy.

Normally, when the market mechanism is fully in play, it pushes out bad firms and enables good firms to prosper.

But oddly enough, according to Levy, “This is not happening in Peru and Mexico.”

“Markets are not functioning very well,” he said. “What happens is that many big firms with high productivity die, and an overwhelming number of small firms with low productivity survive.”

The presence of so many inefficient small companies partly explains the low productivity in LAC countries. “The wrong firms are bruising the market,” Levy said.

In spite of much research, IDB has been unable to pin down the exact reasons for slow growth in LAC. There’s no silver bullet, for the growth problem is multifaceted, and the underlying explanations vary from country to country.

And this is where China-LAC cooperation comes in.

To catalyze LAC’s growth for mutual benefit, China has been strengthening cooperation with Latin America since it became the 48th member of IDB in 2009.

There have been notable achievements in this aspect.

According to Xu Jianjun, senior specialist at IDB’s Office of Outreach and Partnership, 19 memorandums of cooperation have been signed between IDB and China’s financial institutions, trade promotion agencies and think tanks like SASS.

Meanwhile China’s state banks loaned LAC countries a total US$150 billion, according to the Inter-American Dialogue, a US based think tank in the field of international affairs.

Alibaba pioneered establishing e-commerce platforms for small- and medium-sized enterprises in Peru, so as to promote information exchange to meet import and export needs.

China-LAC cooperation is focused on three areas — co-financing, trade and investment promotion and knowledge cooperation, which Xu referred to as the “three pillars.”

He also pointed out that IDB’s future emphasis will be on collaboration with China’s academic and research institutions, such as universities and think tanks like SASS.

An intern program with IDB is already in place, with the Shanghai University of Finance and Economics being the first university to be involved. IDB plans to establish more ties with Chinese universities.

Shen Guilong, deputy director of the Institute of Economics at SASS, says China still has much to do in setting up industrial parks in Latin America.

“In executing China’s go-out strategy of setting up industrial parks overseas, China’s efforts are still concentrated in East Asia and Europe, while the presence of China’s industrial park in LAC has been minimal,” Shen observed.

Shen said building industrial parks in Latin America will blaze a new trail of China-LAC cooperation, not only by attracting investments and creating jobs, but also in improving infrastructure, which is critically needed by Latin America.

China’s Belt and Road Initiative can surely play a bigger part in the region. The BRI envisions wide-ranging infrastructure investment and agreements to facilitate trade, which represents an important opportunity for LAC to address some of its own problems as well as offering a new window for growth.

Though problems like high trade costs and tariff barriers remain unsolved, the efforts from both sides in deepening China-LAC relationship have already displayed a clear repudiation of protectionism and unilateralism.

And the dynamic between China and Latin America goes far beyond economic interactions, with ties extending to other sectors.

Cooperation in different sectors, ranging from financial institutions to private enterprises, from governments to research institutions, is sure to continue. With strategic planning, the evolving China-LAC relationship shall benefit both parties.