Escape to the countryside, the good earth 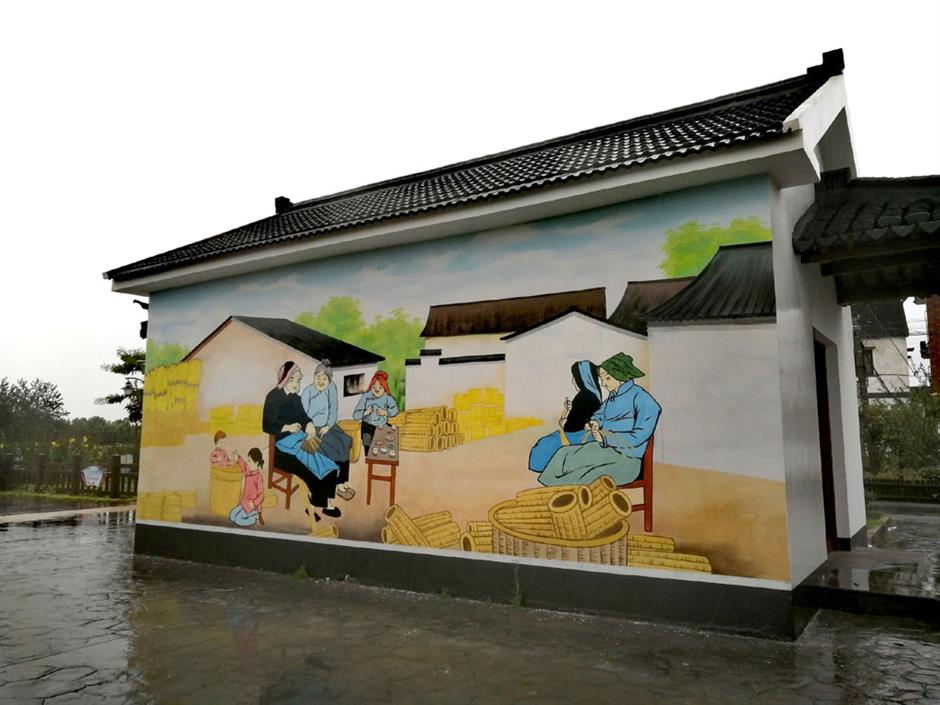 “Why don’t you move to live in the countryside if you really like it?” a big-city man said satirically several years ago to the author of an article in praise of rural life. Both were my acquaintances. The author, who lives and works in downtown Shanghai, answered with reverent silence.

As time went by, that episode soon slipped from my mind. But lately I have been musing over that loaded question as I saunter in rural Shanghai in search for a taste of a rustic life.

Like my author friend, I work in a downtown world of concrete. Unlike him, I live in suburban Shanghai so it’s easier for me to escape into nearby villages and ancient water towns to feel the pulse and peace of the earth.

Still, I am not settled in the countryside. But one doesn’t have to be earthbound to be fond of a rustic way of life. If I were my author friend, I would have given the big-city man a merry quip: “You should’ve asked Immanuel Kant: Why not strive to live in the cosmos if you really like to look into the starry sky above you?”

Kant scanned the sky for a spiritual source of strength. Instead of looking up, urbanites like my author friend and myself eye the earth as a wellspring of stamina. In cities we dwell high, in villages we do well living low.

Over the past one month or so, I have driven hundreds of kilometers to visit about 10 villages on the outskirts of Shanghai, including Zhangma and Caibang villages (Qingpu District) near Dianshan Lake, and Huangqiao village (Songjiang District) at the source of the Huangpu River. I spent an average of nine hours a day in one or two villages, often under the scorching sun or in torrential rain — typical typhoon season weather — talking to farmers or just loitering and listening to the teeming sounds of nature.

Shanghai Party Secretary Li Qiang’s recent speech largely inspired my journey to the countryside. In a meeting in Zhujiajiao, an ancient water town in Qingpu District, in July, Li described the countryside as “a rare source for a metropolitan city” and called for concerted efforts to boost rural development. Ying Yong, mayor of Shanghai, said the countryside should contribute the “root color” to a beautiful Shanghai.

It’s heartening to hear such voices against a global background of urbanization that often hurts rural communities. Urbanization is not undesirable per se; the question is whether we treat villages as peripheral in terms of their relevance to a nation’s economy or culture. 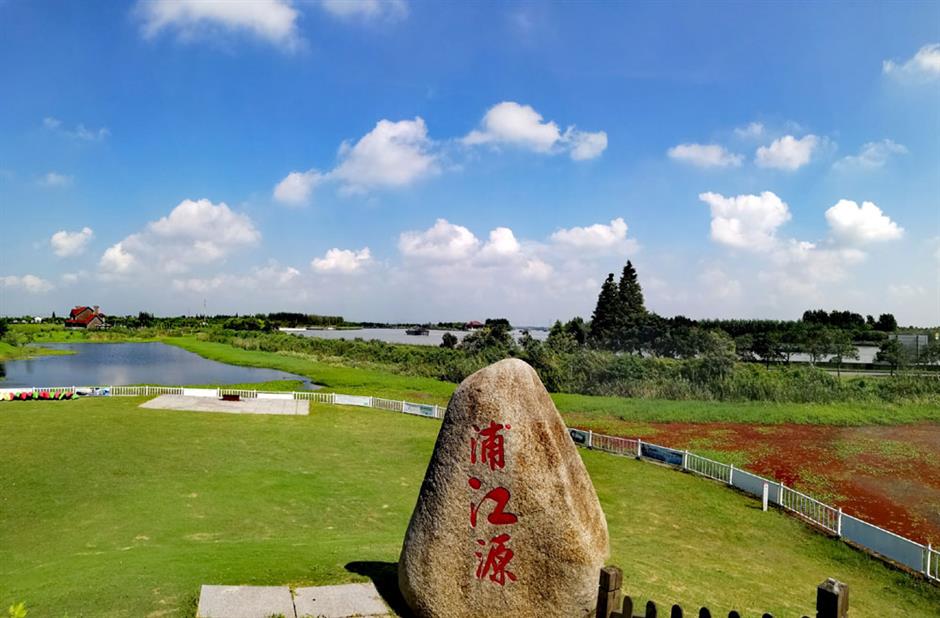 In a 1992 article titled “China’s road to urban and rural prosperity,” renowned sociologist Fei Xiaotong (1910-2005) warned that China could not afford to repeat the Western way of modern industrialization, which paid a price in the form of rural decline or bankruptcy.

“It’s unimaginable that over a hundred million peasants would flood into cities for industrial development,” he said. He gave a thumbs-up to the then flourishing township enterprises, especially those in southern Jiangsu Province (not far from Shanghai). These township enterprises improved rural economy and income, while preventing an exodus of surplus rural labor to cities.

He admitted, however, that he had devoted his academic life mainly to solving Chinese farmers’ subsistence problems, namely, helping them to meet their basic need for food and shelter. A higher level of study, he predicted, would entail an inquiry into man’s mind: How can everyone feel happy about where he lives, and what he does?

Material progress does not alone solve this question, because happiness is fundamentally a subjective feeling arising not necessarily in proportion to the size of one’s wallet. A distinctive rural landscape and culture are no less appealing than economic wellbeing to one who seeks a happy life away from the urban crowd. In the past few decades, rural economic development resulted in environmental and cultural degradation in certain parts of the country. Shanghai’s villages were relatively less affected by the craze for industrialization, but the quality of their infrastructure — from rivers to roads — had much room for improvement. Abandoned boats often clogged rivers and muddy roads kept travelers away.

Shanghai aims to have 100 “beautiful villages” by 2020, from 62 now. There are about 1,700 villages in Shanghai. In general, “beautiful villages” should be “livable (environment), efficient (agriculture), lovely (life) and harmonious (human relationships).” Priority will be given to preserving idyllic landscapes and historical heritage in the course of modern agricultural and tourist development.

I used to trek in mountainous and picturesque villages in Hangzhou, Zhejiang Province (less than two hours’ drive from Shanghai) for weekend refreshment. There, farmers would serve locally grown tea, and/or rent their houses to travelers for extra income. It hardly occurred to me that Shanghai would have comparable rural attractions — until I learned recently of the “beautiful villages” campaign. Shanghai, after all, had been known more for her urban color than for her rural flavor. My first impression of rural Shanghai was a cluster of small and seedy villages near our suburban home when we moved in between 2011 and 2012. I enjoyed buying fresh vegetables from the field, but fetid rivers and scattered garbage smelled unpleasant.

This time around, as I strolled in Shanghai’s vast countryside — agricultural land (ranging from arable fields to fruit gardens, forests, grasslands and so on) accounts for about 46 percent of Shanghai’s land area — I saw a sea change.

On July 17, I went to Zhangma village in Qingpu District, only to be amazed by its picturesque paddy fields beside a tree-lined boulevard, a rolling lavender field and rows of neat farmers’ houses. To be sure, the village lacks a mountain view or the hillside tea houses as travelers would find in bucolic Hangzhou, but it looks more rustic with verdant rice fields in which a special kind of frog is put to eat pests and keep crops healthy. Wa Dao Mi (Frog Rice) has become a famous agricultural brand in Shanghai for its organic content.

Zhangma village, with a history of about 1,000 years, has an area of 3.12 square kilometers, with an arable land of nearly 3,000 mu (200 hectares) and a population of about 2,200. It was not always this beautiful. From 2014 to 2015, the village cleared its rivers of hundreds of abandoned boats to improve river quality and water traffic — just to name one example of local efforts to make the village more livable and lovely.

On August 3, in the eye of typhoon Jongdari, I drove to Caibang village. On August 9, under the scathing sun, I drove to Huangqiao village. Aside from a beautiful landscape dotted with paddy fields, lotus flowers, farmers’ inns and other agricultural and tourist attractions, what impressed me most in these two villages was the open attitude of local farmers and officials toward a stranger.

In Caibang village, a lady who runs a small restaurant entertained me with local a po cha — with a history of 700 years — for free, even though it was closed when I arrived. A po cha is tea enjoyed by peasant women as they chatted while weaving bamboo fishing traps or doing embroidery.

In Huangqiao village, a local cadre earnestly told me how to get to the source of the Huangpu River and that admission was free. When I came close to the destination, I was lost in a labyrinth of trees. Then a security guard from a nearby recreation center saluted and guided me politely to my destination.

The beauty of a village is ultimately defined by a humble spirit as well as a clean environment — both natural and social — rather than by the size of its GDP.

Some of my acquaintances today still shun a taste of village life on the grounds that the countryside remains lacking in material terms compared with the city. To me, however, the simple existence of a village where one can feel the humble strength of the earth is what matters most to an urban soul who has been elevated too high — and too dry — for too long.