TERRY Branstad, an Iowa-governor-turned US ambassador to China, assumed office in Beijing earlier this year. Des Moines Register journalists Kyle Munson (a columnist) and Kelsey Kremer (a photographer and videographer) spent about two weeks in September and October in China to report on ambassador Branstad’s work early in his tenure, as well as stories about ordinary Chinese and American people. During an interview with Shanghai Daily opinion editor Wang Yong in the newspaper’s office on October 1, they explained why face-to-face journalism was vital for cross-cultural understanding. 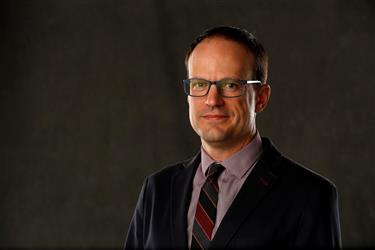 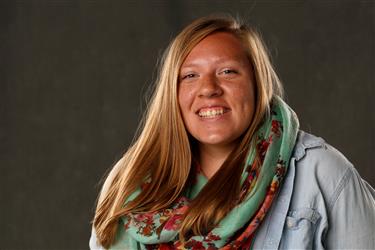 Q: I read your article about rental bikes in Beijing. You described them as a bunch of “metal flowers.” How did that image come into you mind?

Kyle: Years ago, all the bikes were of similar colors, but this time, we walked around Beijing and saw piles and piles of bikes by the roadway — all these different colors — which made me think of some boulevards decorated with flowers.

Q: This is your first trip to China. Did you find anything different from what you had in mind before you arrived?

Kyle: Yes, I expected just people everywhere, and I was told to wear a face mask in Beijing. But after we came to Beijing, we found it was more complicated. Indeed it was much more relaxing, fascinating and interesting. It turned out to be more welcoming, in general, if you navigate the city. One day I was on my own, I saw the flag raising (ceremony) in Tian’anmen Square by accident, at about 6am. Suddenly a lot of people showed up. It was fun to experience that, in the middle of so many people.

To give another example (about the more welcoming part of life in Beijing), Kelsey and I stayed close to a restaurant around the corner, and they cooked steamed buns and also served soy milk. We went there every day for breakfast. By the third day they recognized us and knew what we would order.

There are more people here than in Iowa, of course, but they are both welcoming. Everyone on the street was helpful. And when we reported the opening ceremony of the US-China Friendship Farm in Luanping, Hebei Province, people there were hugely welcoming.

The only unfriendly experience was with some picky taxi drivers. They either refused to take us because of the short distances, or grumbled all the way.

Q: How did you come to our office from your hotel this morning?

Kyle and Kelsey: We walked, about half an hour.

Q: Did you find anything interesting?

Kelsey: There’s a little more vibrancy here. Shops are more interesting, much more colorful. We saw even parakeets for sale. Here you have many fruit shops and food markets. You don’t have to go too far to get everything. I don’t think US cities are very good at that.

Q: You covered Xi Jinping’s visit to Iowa five years ago. What was your impression about him?

Kyle: He chose to come to the middle of Iowa and sit down with farm families and old friends. That’s a very important symbolic move. It helped get across some messages, for example, that farm families being the ideal.

I know Xi and his father both tried to modernize China’s agriculture so as to provide food for everyone. Xi struck me as a down-to-the-earth leader. It humanized him to appear more personal to Iowans and to Chinese people.

Q: Once as the longest-serving governor in American history, Ambassador Branstad is also known for his down-to-the-earth quality. Will he help improve the bilateral relationship?

Kyle: The consensus is that friendship is not going to make all problems disappear. It’s not a panacea. But it helps. Smaller relationships help a lot.

Kelsey: I would say it will get people (from both sides) to the table. Being at the table is very helpful (for better understanding and relationships).

Kyle: He (Branstad) is the same person as he has always been. When he goes into new places he tries to talk to everyone, has meals with everyone. He does have an open door policy. He is what we call “a retail politician.” He is tackling the (new) job that way, and trying to create more business for both sides.

He is taking the job seriously, and he will make a difference. He is invigorated by the realization that he is the right person in this critical time who could make a difference in history.

In his new capacity, he does convey that down-to-the-earth quality. At the opening ceremony of the US-China Friendship Farm in Luanping, he showed up in blue jeans (typical of an American farmer). He is very conscious about being approachable, as with his experience with China to date he has learned to be someone not to lecture, or impose American values on others.

Q: In your interview with the ambassador in Beijing, what he said impressed you most?

Kyle: Well, it’s hard to say which specific words he spoke are most impressive. But for example I asked him: “What is it like to worship in China?”

Branstad said he and his family go to the Canadian embassy in Beijing to join the Catholic mass. They find a way to maintain their American way of life, including his religious life, in Beijing. He seems satisfied with what is available to him in Beijing. He is not here to try to change China’s way of life. He is able to come to the city and worship the way he wants. He has a comfortable life in Beijing.

Q: Your thoughts on his performance?

Kyle: He is doing a good job of charging into the role. He has challenges there, and he has tackled it in a classic Branstad way (being “a retail politician”). He wants to visit every province in China so he could create more business opportunities. The next year will determine whether he will make a real difference in history as a US ambassador to China.

Q: Does he think that your reports will help American readers better understand China?

Kyle: Yes, that was on his mind when we proposed to travel to China for news reports. He knows me, because I covered his activities in Iowa for many years. On his election day for the governor, I traveled with him all day in the same car. So I am familiar to him. He saw our reports this time. Indeed, what we produce here will help other Iowans and other Americans better understand what is going on here.

Q: In this world of Internet, fake news abounds. Do you think serious journalism can help people overcome bias toward a different culture?

Kyle: We have this core belief as journalists: be there in person and talk face to face. Now we have been in this place (China), we have a better, well-rounded view of how to put our project together. Of course we won’t know China in two weeks, but we do have a much richer understanding.

Kelsey: We intentionally frame our stories around Branstad, because Iowans know him. In this way it’s easier for us to bring the story to the street level. Talking about policy and friendship in abstract terms is somewhat boring.

Kyle: Another example about face-to-face journalism. We met an Iowan woman who came to Tianjin for acupuncture treatment. We watched needles going into the skin. It’s the very personal story of this ordinary Iowan woman, and similar ones, that are most interesting.

On the big level, you have big policy issues of healthcare, medicine and different regulations.

On the personal level, you have ordinary characters who seek to save their lives, who seek medicines not available to them. This is a good example of cross-cultural sharing in a very personal way.

These ordinary American people try to recover from deep injuries and stroke and they came to Chinese medicine and ancient techniques. This is something we learned on this trip. When we go back to Iowa, we will see how deep they (Chinese medicines) can penetrate America.

Face-to-face journalism is a magic formula. I love to report in person. You learn little things that reflect big pictures. It’s similar to how Sherlock Holmes observes little things and from them develops a big picture. Little details and little cues help us know about people in a profound way. Face-to-face, in-person journalism touches people’s heart and changes our way of life.