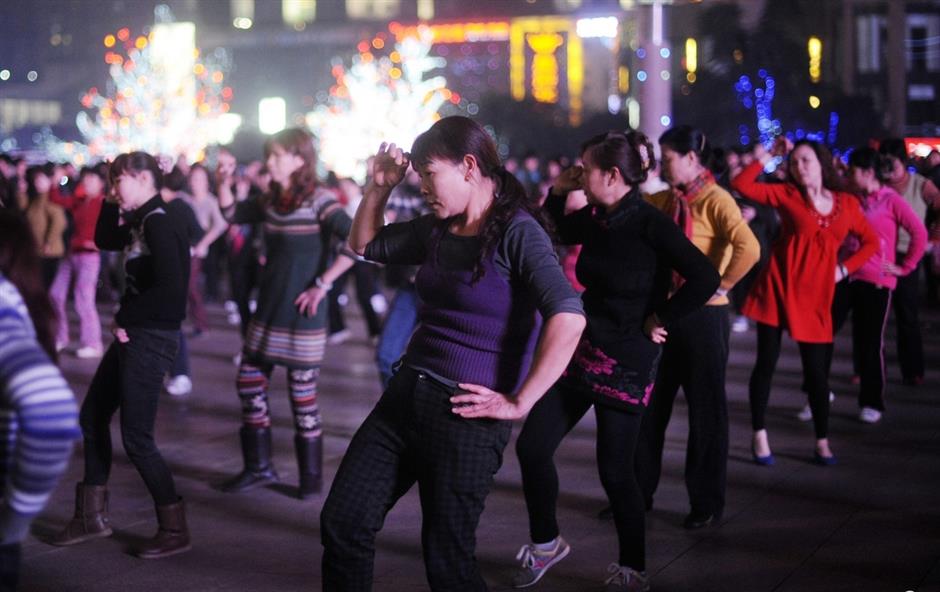 Don't let their innocent and relaxed look fool you — dama can be fierce!

One of the first things many foreigners coming to China notice and enjoy are those dancing grannies, affectionately known as dama, bopping along in large teams to loud, campy music. But most are unaware of the dark underbelly of what seems like an entirely innocent affair.

A big misstep that tourists who come across dancing grannies often make is the assumption — based on the fact that dama usually dance in public places like shopping streets and outside malls — that they’re doing it all for the public’s enjoyment.

They’re not, and the first time you try to dance along and receive a slew of cold glares only a bunch of angry grannies can make you’ll understand clearly. You likely won’t do it again, either.

They are there to practice and hone their routine — many dama teams compete in square dancing competitions and are hell-bent on snatching the crown, lauding it over all the other teams. They’re forced into vast public spaces because there is literally often nowhere else for them to do their thing.

But vying for public rehearsal space is just one of the myriad battles those grannies engage in — they often enter turf wars with rival dance teams or other members of the public, fighting for space in the ever-crowded cities of China.

In May, in fact, a group of old grannies in Henan Province went into battle with some young basketball players, commandeering a basketball court and refusing to stand down. The tense standoff ended up getting physical, too, sending video of the incident into viral status online.

Dama are often the bane of many average citizens, sometimes getting up at the crack of dawn to practice in the highly sought-after courtyards of housing estates, blasting their beats into the bedrooms of those who prefer to get just up a little bit later than 6am.

That’s why a new regulation was passed recently by China’s sporting regulators which is aimed at better managing public spaces to stop the kinds of turf war often seen waged between dama and the general public.

A friend’s mum — an avid 70-something dama in Shanghai — told me recently about her spying activities aimed at gaining the edge over other teams by attaining information through covert snooping. If you think that sounds like something from a Hollywood movie, you should see her spying getup!

She will often don big, black sunglasses and a huge scarf and walk around the compound or surrounding streets checking out and discreetly photographing or videoing rival teams and their routines, song choices, and even uniform color picks, before reporting back to her dancing team members and formulating a plan of attack.

The very public nature of square dancing allows for relatively easy espionage — it’s quite a common occurrence, she assured me.

Some 120 million Chinese are said to take part in public square dancing across the country, which has become a huge industry.

According to my favorite blog, Elephant Room, these dancing grannies and their passion for bopping have even created a whole new market — dama across the country spend tens of millions of yuan each month on the Internet alone buying loudspeakers and dance costumes.

It’s also created dama superstars like Meijiu, whose real name is Zhou Yehong and who is idolized by dancing grannies across China. Outfits she designs sell like hotcakes, her choreography can be purchased for 3,000 yuan (US$450), and she even dishes out life advice to her fans online.

So, the next time you see a group of innocent-looking grannies bopping away in your compound or outside your local mall, tread carefully — a world of turf wars, public disturbance, espionage and stardom is hidden just under the surface. 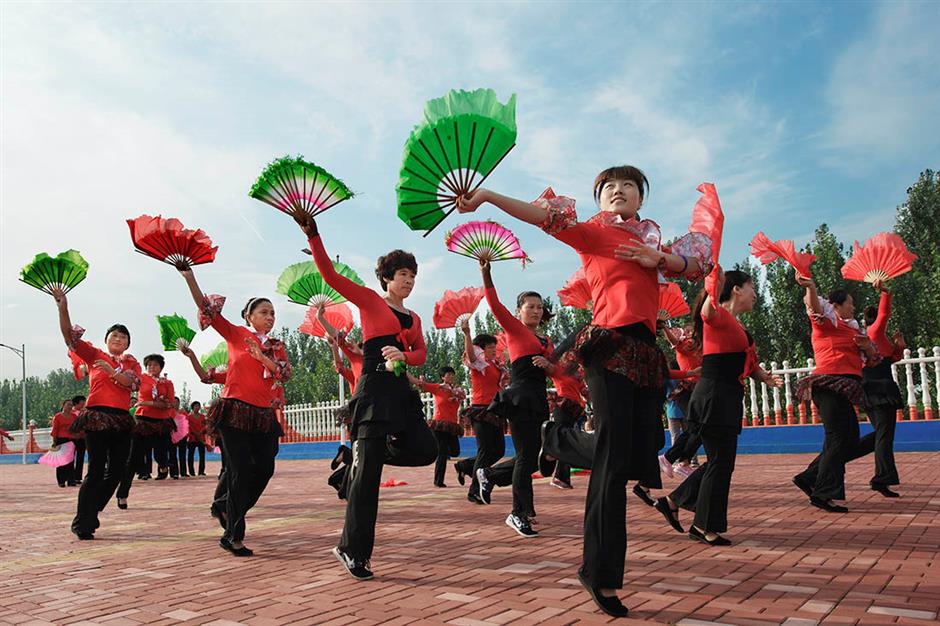 Many dancing dama like to spend a great sum purchasing fancy outfits.