Many people already recognize that the US’ tax law is deeply flawed and favors the super rich.

US President Donald Trump and congressional Republicans had an opportunity — and a responsibility — to reform the US tax code to address three major economic challenges: slowing growth, rising inequality, and a looming fiscal crisis. Sadly, they shirked their responsibility by passing a bill that squandered this opportunity.

At a time when US public debt as a share of GDP is already at a post-war high, the legislation will add another US$1.5-2.2 trillion to the deficit over the next decade. At a time when income and wealth inequality is soaring, an estimated 80 percent of the tax cuts will go to the top 1 percent by 2027. And at a time when the economy has been growing steadily for 33 quarters and is approaching full employment, the legislation will have only a modest effect on growth.

To be sure, a significant cut in the corporate tax rate was long overdue. The legislation will likely stimulate investment and encourage domestic and foreign companies to do business in the United States. But, by an overwhelming majority, economists predict that the increase in the growth rate will fall far short of the annual gain of one percentage point (or more) hyped by Trump and his economic advisers.

Moreover, there is no credible evidence to support the Trump administration’s declaration that the trickle-down benefits of faster growth will “increase average household income in the United States by, very conservatively, US$4,000 annually.”

A large body of economic research shows that, at most, 20-25 percent of the benefits of corporate tax cuts will accrue to workers; the rest will go to shareholders, about one-third of whom are foreign. The biggest beneficiaries will be the top 1 percent of domestic households which own about half of outstanding shares.

Nor is there evidence to support the administration’s claim that the legislation will pay for itself.

As many of those who voted for it well know, the expected gains in growth will yield at most about one-third of lost revenues. But they are playing a cynical game. By reducing revenues now, they will be in a position to justify cuts to services benefiting lower- and middle-class Americans down the road — all in the name of “fiscal responsibility” and “entitlement reform.”

Worse yet, the tax legislation is riddled with provisions that will dramatically increase inequality and limit economic and social mobility. By cutting the top income-tax rate, doubling the threshold at which inheritances are taxed, and lowering taxes on pass-through businesses, the legislation amounts to a handout for the wealthy, paid for by the middle class and future generations.

The legislation also prioritizes investment in physical and financial capital over what the US really needs: more investment in human capital and lifelong learning to help workers and communities cope with the disruptive effects of automation and artificial intelligence. 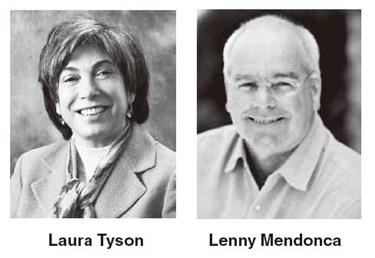 Instead of expanding the earned income tax credit to encourage work, the legislation will, for the first time in American history, impose a higher tax rate on employment income than on income earned by proprietors and partnerships.

A majority of Americans already recognize that the tax law is deeply flawed and full of false promises.

After failing to repeal the Affordable Care Act (Obamacare), congressional Republicans rammed through a complicated tax package that will please their wealthy donors, but disappoint many of their voters. Given the tax law’s unpopularity, it will be interesting to see what happens in the midterm congressional elections this November.

In the meantime, progressive federalists in forward-looking states and cities must get to work picking up the pieces of the wreckage the federal government is leaving in its wake.

Keep an eye out for the many ways states will re-orient their tax regimes away from income taxes, and toward property and sales taxes, including on services, which account for more than 70 percent of economic activity but have traditionally been taxed lightly at the state and local level.

In some states, there is even talk of reclassifying state taxes so that they qualify as tax-deductible charitable contributions.

Similarly, some have proposed replacing state income taxes with payroll taxes that employers can deduct at the federal level. Keep an eye out as well for a sizeable increase in outcome-oriented state and local funding for efforts to reduce homelessness and reform the criminal-justice system.

Owing to its high marginal income tax rates and constraints on residential property taxes, California will likely be at the forefront of fiscal innovation. Already, multiple reform proposals are circulating, including a ballot initiative to amend Proposition 13 that would dramatically ease existing restrictions on commercial-property taxes.

And with the Democrats in full control of the state’s government, measures to counteract the federal law are almost certain to be adopted.

California Governor Jerry Brown, for his part, has called the Republicans’ legislation a “tax monstrosity.”

He’s right: It’s dreadful policy. Other countries that have reduced taxes on mobile corporate capital have paid for the cuts by increasing value-added taxes and taxes on carbon, dividends, capital gains, and inheritances.

Trump and the Republicans, by contrast, chose to cut taxes on both businesses and their owners, while blowing an unsustainable hole in the federal budget, exacerbating inequality, and imposing new burdens on the most productive parts of the country.

Laura Tyson, a former chair of the US President’s Council of Economic Advisers, is a professor at the Haas School of Business at the University of California, Berkeley, and a senior adviser at the Rock Creek Group. Lenny Mendonca, Senior Fellow at the Presidio Institute, is Senior Partner Emeritus at McKinsey & Company. Copyright: Project Syndicate, 2018. www.project-syndicate.org. Shanghai Daily condensed the article.