Do your homework to avoid pitfalls of cross-cultural negotiations

Entering the Soho Grand Hotel lobby in his most conservative suit, Stan brimmed with confidence as he approached an important potential customer, Vice President Sugimoto of MTV Japan.

Spotting the stylishly attired Sugimoto chatting with some musicians, Stan approached him with a deep bow and traditional Japanese greetings of respect. When he heard Sugimoto’s reply ─ “What’s up with that, my man?” ─ Stan felt a sinking sensation in his gut.

As Stan understood in hindsight, he had needlessly raised cultural barriers between himself and Sugimoto. He should have realized — based on Sugimoto’s employer, his hotel choice and even his clothes ─ that his awkward attempt at traditional Japanese manners would only embarrass his guest.

Most of us can identify with Stan’s faux pas. In our era of diversity and globalization, respect for cultural differences is constantly stressed. Yet our counterparts are complex people who won’t necessarily follow their cultural scripts. Sometimes culture matters a lot, sometimes not at all.

When making judgment calls, we rely on schemas: cognitive templates that provide low-effort, ready-made answers. Cultural schemas account for the distinctive behavioral biases exhibited by negotiators from a particular culture.

Suppose that a buyer in a procurement negotiation is surprised by a new seller’s high initial bid. She may wonder, “Is this seller trying to gouge me, or does his product require a high bottom line?” A core American cultural schema attributes behavior to personality traits. If she follows this schema, she will interpret the seller’s bid in terms of personal factors (the seller’s greed) rather than in terms of situational factors (the seller’s bargaining position).

Deadlines, distractions, emotional stress, accountability — all these factors make negotiators more likely to rely on cultural schemas rather than considering a problem from multiple angles. An understanding of these triggering factors can help you cope with culture at the bargaining table.

Consider the case of a manager who was negotiating a joint venture between his Silicon Valley firm and a major Japanese electronics company. Tokyo had failed to create a common understanding. The visitors felt of-guard and defensive, while the hosts were surrounded by distractions and cultural primes. So, the two sides decided to meet at a Hawaiian resort, a halfway point geographically and in other ways as well. The resort catered primarily to Japanese tourists. The primary language was English, but the ambiance was as much Asian as American. In this setting, cultural barriers diminished and trust was restored.

We all know from experience that even people with identical backgrounds can have vastly differing negotiating styles and values. Nonetheless, we continue to be intrigued by the idea that distinct patterns emerge between negotiators from different cultures.

Research shows a relationship between national culture and negotiation style and success. An ongoing project sponsored by Northwestern University’s Dispute Resolution Research Center is exploring the link between process and outcomes ─ specifically, how cultural tendencies lead to certain process choices, which, in turn, can lead to better or worse negotiation results.

One study undertaken by the center has found that negotiators from the US typically communicate their priorities more directly than do their Japanese counterparts, an advantage at the bargaining table. Because Japanese negotiators are generally good at making inferences, however, they match the performance of Americans in their ability to use information to generate joint gains.

Although the findings confirm some familiar national stereotypes, it would be a grave mistake to assume that group tendencies reliably predict any individual’s behavior. The important contribution of this research is that cultural differences in negotiation don’t hinge precisely on where a negotiator happens to have been born. Rather, they depend on what that negotiator actually does at the bargaining table. The ability to engage in constructive communication matters much more than a negotiator’s passport.

Even with a common language and the best of intentions, negotiators from different cultures face special challenges. Try following these guidelines:

You should learn who your negotiating partner will be and find out some details about her background and experience. If your counterpart has a great deal of international negotiating experience, you can probably assume that cultural stereotyping is likely to create communication difficulties. If you have trouble getting information about your negotiating partner, ask an intermediary with contacts at that firm or organization to make inquiries for you.

If you discover that the person with whom you are likely to be negotiating has little or no international or cross-cultural experience, consider enlisting someone from his culture to serve as your “second” during the negotiation. Rather than deferring to this adviser during talks, plan out signals in advance to indicate when you should take a break for additional advice. In this manner, your cultural “guide” can help you size up the situation, coach you, and even interject if he feels you have made an egregious error or misinterpretation.

Listen carefully. If you’re unsatisfied with the answers you receive, re-frame your questions and try again. If you’re unsure about what the other side said, repeat what you think you heard. It’s safe to assume that people living and working in different cultural settings often view or interpret the same events differently. But in our era of globalization, it’s also true that we have more in common on the person-to-person level than you might expect. Don’t ignore your intuition. 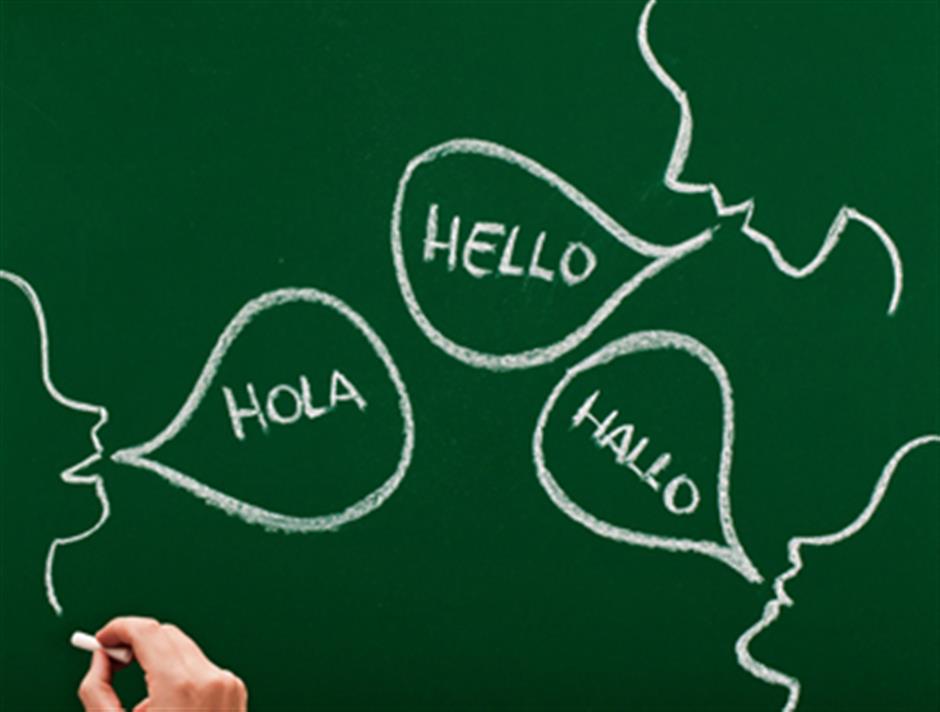 “The language of international business,” a British executive once said to me, “is broken English.” Fortunately for American negotiators, who usually don’t speak a foreign language well, if at all, much of global business is conducted in English.

Because translation complicates negotiation, executives should manage and plan for it as they would any other tactical element. Based on his book “The Global Negotiator: Making, Managing, and Mending Deals Around the World in the Twenty-First Century,” Jeswald Salacuse has developed some simple rules that can help you negotiate more effectively in translation, four of which we summarize here.

Except in cases where special reasons for trust exist, such as when you’re negotiating with a long-time partner, do not rely on the other side’s interpreter unless someone on your team understands the language and can check the translation. Before hiring an interpreter, try to determine her skill and experience from independent sources. In many countries, the linguistic ability of people who call themselves “professional interpreters” varies considerably.

Hiring a mediocre interpreter can wreak havoc. Several years ago, an American negotiating team in China was astounded when its simple request to bring three typewriters into the country was rejected by government officials on the other side of the table. Only after an hour of wrangling did it become clear that the interpreter had mistranslated the English word “typewriter” as the Chinese word “stenographer”.

Translators may be experts in languages, but they will rarely be experts in your business. Context gives words their meaning, but interpreters seldom will know the business context of your deal. For this reason, you should brief your interpreter beforehand on the background of the negotiation: the nature of your company, its business, and the deal you hope to arrange. You should also explain what type of translation you expect. For example, if you want a word-for-word translation rather than a summary.

Some interpreters, because of personal interests or ego, will try to take control of negotiations or slant them in a particular way. This risk may be especially high if the interpreter also works as a middleman, agent, or business consultant and is hoping for future business opportunities from your deal. You need to guard against such power plays by learning enough about your translator to determine potential conflicts of interest and by staying alert throughout talks to ensure that your translator is not adding in personal business advice.

When you negotiate in consecutive translation, speak in short, bite-size chunks, pausing after each one to give the interpreter a chance to translate your words. Inexperienced negotiators can become so engrossed in delivering their message that they forget to pause or do so only after making a very long statement. This can confuse the interpreter and contribute to inaccurate translations. When planning your presentation, remember to pause frequently.

As professor Cheryl Rivers of Queensland University of Technology in Brisbane, Australia, has pointed out, seasoned negotiators often hear stories about the unethical behavior of people of other nationalities. Perhaps the toughest problems arise surrounding what Rivers calls “ethically ambiguous” negotiation tactics. Ambiguity can lead us to reach sinister conclusions about the motives of our counterparts, particularly when we lack a solid understanding of an opponent’s culture.

When it comes to negotiating behavior, more variance often exists within cultures than between them. Negotiators should seek out information about individual and cultural differences. Don’t jump to harsh conclusions about the other side’s motives when more benevolent explanations for their behavior are possible.

According to conventional wisdom, when it comes to negotiation, there’s strength in numbers. Indeed, several studies have supported the notion that you should bring at least one other person from your organization to the bargaining table if you can. On average, this research has found that teams exchange more information than solo negotiators, make more accurate judgments of the other side, and create more value, resulting in greater profits compared to individuals.

What explains these intriguing findings? The researchers hypothesize that in collective cultures, negotiating teams focus on developing relationships, both within the team and across the table, and thus are less likely to challenge each other. The result is greater harmony — and less of the friction that is needed to generate novel alternatives.

While more work must be done to pinpoint the factors underlying these results, it is clear that the notion of “strength in numbers” is context specific. The next time you are preparing for an important business negotiation, think through cultural and contextual factors before deciding whether to face your counterpart with a team or by yourself.