Machine intelligence will shake up banking, but disruptors won't be fintech startups 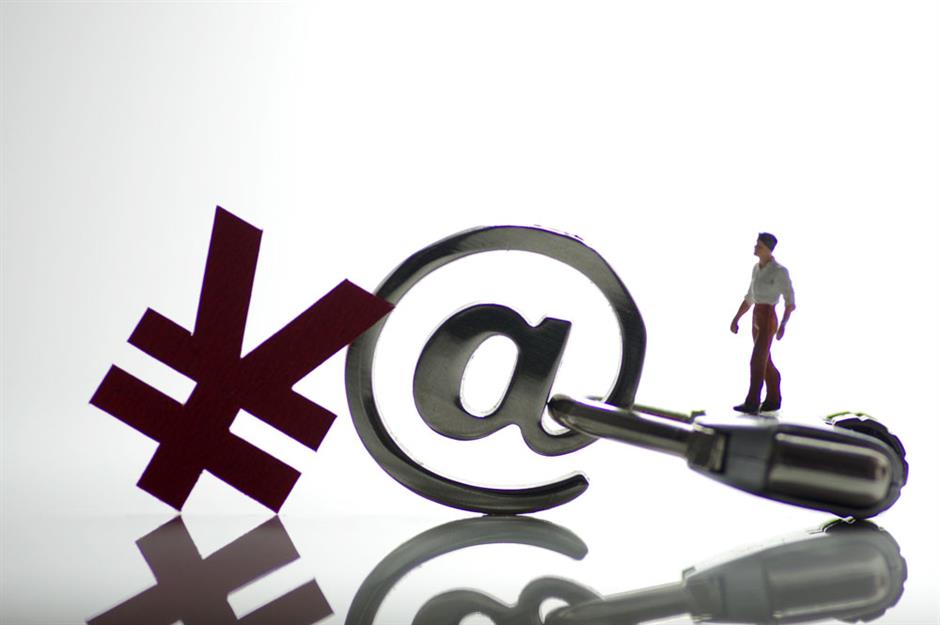 Of all the breakthrough technologies applicable to finance, the explosion of machine learning and artificial intelligence seems the most promising.

Artificial intelligence and machine learning are being woven into the fabric of our lives. The financial sector, historically faced with inefficiencies, is already undergoing transformative change. But unlike Facebook or Amazon, financial providers can’t simply “move fast and break things.”

In cash-abundant Silicon Valley, there is a myth that any college dropout with a hoodie and a half-baked idea can raise venture funding. They are young and limitless. They aren’t biased by industry norms and so can freely reinvent the world as we know it. They are Steve Jobs, Mark Zuckerberg and Bill Gates.

If we live in a world of accelerated change, they move at an accelerated pace. These seemingly small-scale innovators can sometimes be devastatingly dangerous: Netflix destroyed Blockbuster, BuzzFeed decimated Time, Uber threatened GM, and Amazon trampled BestBuy. Understandably, the financial sector has fallen victim to the fear of disruption.

According to a recent study published by PwC, more than 80 percent of financial institutions believe their business to be at risk of disruption. Existing sources of revenue and profit can no longer be taken for granted. Accordingly, 56 percent of the respondents said they had put disruption at the heart of their strategy. And yet, a typical fintech startup paints a very different picture.

In July 2017, BNP Paribas finalized its acquisition of Financière des Paiements Électroniques (FPE), a fast-growing fintech startup that focuses on simple, online retail banking services. Since its launch three years ago, FPE has opened more than 630,000 accounts. All its success notwithstanding, the startup is anything but disrupting big banks — it has been acquired and now is safely ensconced inside BNP.

This is hardly atypical. Credit Suisse sought to understand exit strategies in fintech. It was discovered that the most common ones for startups were acquisitions or quick imitations by incumbent banks. PayPal, once a disruptor itself and now an incumbent, is investing substantially in buying up potential rivals, particularly those in the global payments and merchant transfer space. When not being acquired, fintechs are expanding their reach into unrelated sectors that only seem tangentially financial. Square, a payments provider, is now offering meal delivery with Fastbite in an attempt to compete against Uber Eats. Ultimately, we expect most startups to end up turning into conventional financial institutes, like Zopa, the first peer-to-peer lender with the ambition to disrupt the finance sector but that ended up paying for a banking license to provide traditional banking services.

More companies have disappeared because of mergers and acquisitions than any other reason. Between 1978 and 2012, the number of companies less than a year old as a share of all businesses declined by 44 percent. And in the financial sector individual startups face additional hurdles beyond what others faced in the e-commerce Internet world.

The theory of disruptive innovation, introduced by Harvard Professor Clayton Christensen in 1995, has proved itself a powerful way of thinking about innovation-driven growth.

As a precondition for disruption, incumbent players initially don’t respond to the newcomers’ efforts due to the low margins, whereas from the existing customers’ perspective, the lower price of the new offering does not compensate for its inferior performance. In this environment, disruptive innovators can develop their ideas and test their business model without major interference from established players. However, among the largest fintechs that Credit Suisse has investigated, there is little evidence that newcomers are targeting underserved customer segments. Instead, all startups in sample have rolled out their offering to banking clients, often targeting the incumbents’ core customer base.

Technology-driven innovation requires a significant level of IT expertise, which is why most of the world’s leading fintech startups are launched in close proximity to talent pools with advanced technological know-how. Fintechs develop and offer services tailored predominantly to their own geographical region, which is usually an economically mature, well-banked space. (The only exception would be China.) So, when it comes to segmentation, fintechs don’t have much choice but to enter an already-serviced space and fight for the customers of incumbent players. And the incumbents react fast. Before long, the startups are either acquired or face direct competition from the incumbent banks.

Of all the breakthrough technologies applicable to finance, the explosion of machine learning and artificial intelligence seems the most promising. One of the most radical improvements in recent years has been how machines learn. For data scientists and machine-learning experts, March 2016 was a momentous month. AlphaGo, a computer program developed by Google, beat world champion Lee Sedol at the ancient Chinese board game of Go by a score of 4 to 1.

Game after game, the software proved to be cunningly versatile in figuring out an appropriate strategy and then applying it without making any mistakes. That’s why AlphaGo represents not just a machine that can think — like IBM Watson — but also one that learns and strategises, all without human help.

This general-purpose programming was made possible thanks to a deep neural network: a network of hardware and software that mimics the web of neurons in the human brain. Reinforcement learning occurs in humans when positive feedback triggers the production of the neurotransmitter dopamine as a reward signal for the brain, resulting in feelings of gratification and pleasure. Computers can be programmed to work similarly, and the positive rewards come in the form of scores when the algorithm achieves a desired outcome.

It is easy to imagine a world where self-taught algorithms play a much bigger role in coordinating economic transactions; AlphaGo simply shows us what may be possible in the near future. With instantaneous adjustment, automatic optimization, and continuous improvement all quietly managed by unsupervised algorithms, the redundancy of production facilities and wastage in the supply chain should become headaches of the past. Freed from the pressure to vertically integrate and with far fewer resources needed for organizational coordination, smaller players will be able to specialize in best-in-class services and deliver extremely customized solutions in real time when specific demands arise.

Still, this development of artificial intelligence is akin to the early phases of electricity, when it first arrived and replaced steam power in manufacturing. At the turn of the century, most textile factories were still powered by flowing water and waterwheels. Factories that installed steam engines had to accommodate pulleys, belts, rotating shafts, and complex gear systems. In fact, the configuration of such a factory was built around a rigidly imposed, centralised steam engine, sacrificing all possible workflow efficiency. Interestingly, when manufacturers began to adopt electricity, engineers couldn’t even fathom an alternative layout like the modern-day assembly line. Rather, they grouped the electric motors into a big cluster, forgoing the benefits of decentralised power in optimising the workflow. It took almost another two decades before the manufacturers truly reaped the full benefits of electricity.

Today, most incumbent banks tend to frame AI as a cost-cutting measure, substituting human labor in administrative processes. Though this is important, its biggest potential is likely to be so profound that it will transform financial institutions as we know them. The true disruptors won’t be startups; rather, they will be deep-pocketed technology behemoths, spreading their tentacles into the world of finance as cross-boundary disruptors.

Howard Yu is an IMD Switzerland Professor of Strategic Management and Innovation. Urs Rohner has been the Chairman of the Board of Directors of Credit Suisse Group AG since 2011 and was its Vice Chairman from 2009 until 2011. Copyright: IMD.