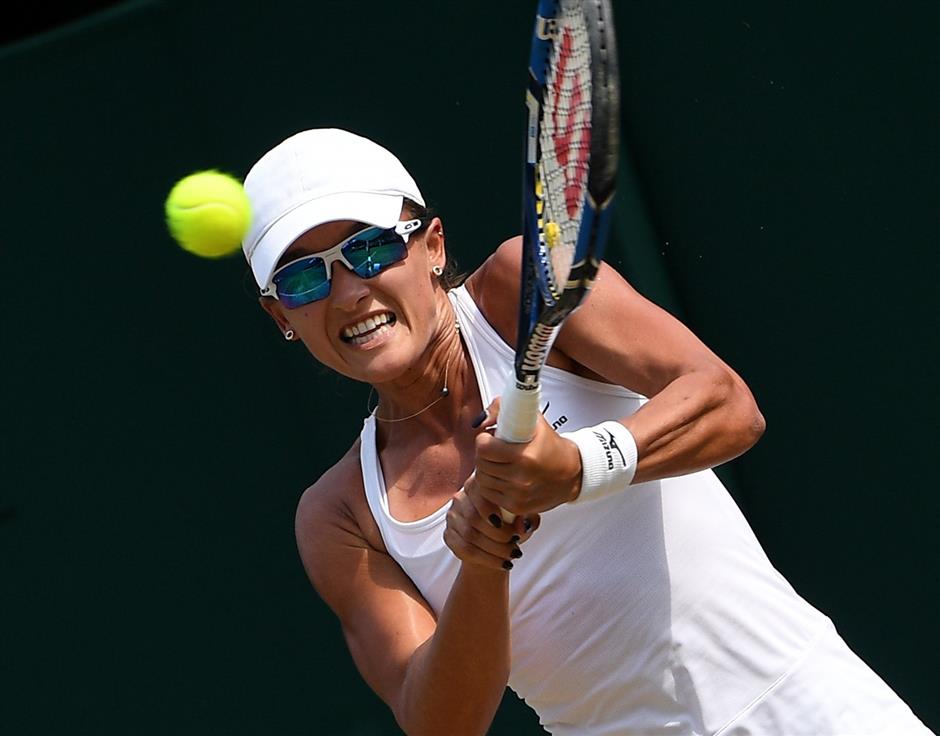 Australia's world No. 132 Arina Rodionova stunned defending champion and home favorite Duan Yingying in the first round of the WTA Jiangxi Open in China on Tuesday.

Russian-born Rodionova saw off the world-ranked 64 Duan in straight sets, 7-5, 6-4, in one hour and 42 minutes in sweltering Nanchang, southeast China's Jiangxi Province.

But that counted for nothing as the 27-year-old Australian powered a forehand winner to seal a convincing victory on the hardcourts of Nanchang.

"It was really tough conditions, it's very humid," Rodionova told the WTA website.

"I've played her this year twice and I lost both times 7-6 in the third (set) so I knew it was going to be a really hard and physical match.

"I was preparing myself for it. I think today it was a little bit hard for both of us. I'm glad to manage to get through."

But three other home players — Wang Yafan, Lu Jingjing and Zhu Lin — were all victorious to get into the second round.