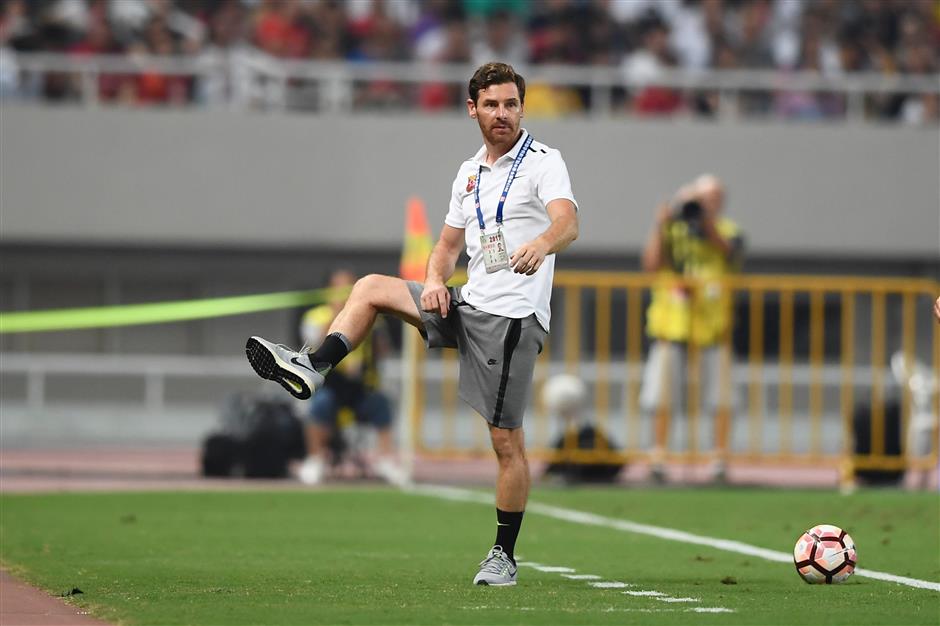 Head coach Andre Villas-Boas of Shanghai SIPG reacts as he watches his players competing against Guangzhou Evergrande during their Chinese Super League match in Shanghai, China, on July 22, 2017.

Ten Chinese Super League clubs say they have paid off debts related to player wages, bonuses and transfers after 13 of them were threatened with expulsion.

Shanghai Greenland Shenhua, which signed Argentine striker Carlos Tevez in January on what are believed to be among the highest wages in world football, and Oscar's Shanghai SIPG are among the top-tier clubs who say their books are now clean.

The Chinese Football Association said in a statement published by one team that the Asian Football Confederation had asked 18 top flight and lower league clubs on July 11 to clear their debts by an August 15 deadline.

The teams were warned that they could be banned from all AFC matches and next season's Chinese league if they failed to send proof of payment by then.

As of Wednesday, 10 CSL clubs, including Paulinho's Guangzhou Evergrande, big-spending SIPG and Shenhua said they had cleared their books of debt.

The CSL has 16 teams and only three had not been sent a debt notice.

Reigning CSL champion Evergrande said two of the payments involved were settled in December and January.

"We do not owe any back fees," the club said in a statement late on Tuesday on China's Twitter-like Weibo website, amid fears that mass expulsions could wreck the CSL, which has gained in international prominence after a series of big-name signings.

SIPG, which also shelled out on Oscar's Brazilian international teammate Hulk for a similarly eye-watering sum, said it had paid the fees mentioned by the AFC in October last year.

"Our club does not have any back fee problem on salary, bonuses and player transfer," SIPG said.

Shenhua said it has paid 90 percent of the fees highlighted by the AFC but the rest was not settled because the other sides never supplied bank account numbers.

Shenhua's spokesman said the club has asked its lawyers to make contact with the relevant parties about the rest of the payment and downplayed the issue as "a false alarm".