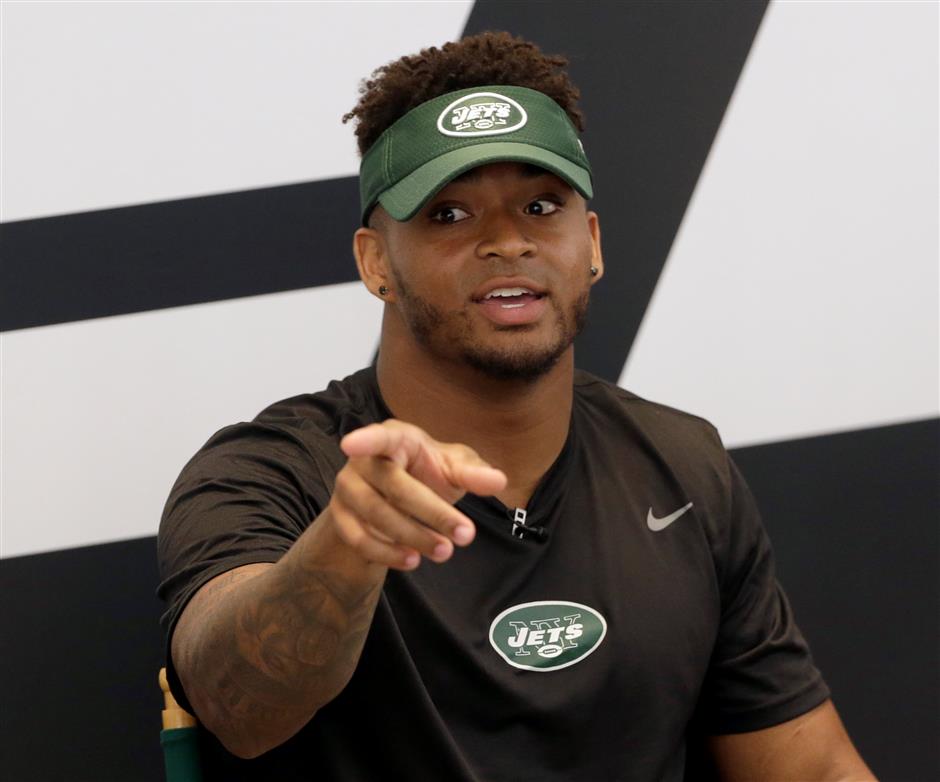 Jamal Adams meant no disrespect to players and families dealing with the effects of concussions. He simply loves football.

The New York Jets rookie safety drew sharp criticism from some fans, media and former and current players when he said on Monday that if he had the choice, the field would be the "perfect place to die". In light of the backlash, Adams tried to clarify his comments on Tuesday after practice.

"Honestly, I really didn't see it getting that far," Adams said. "I was speaking about being passionate about the game that I love. I understand that some families were affected by this disease and I definitely didn't mean it in any type of way."

During a question-and-answer session that included NFL Commissioner Roger Goodell at the team's facility in Florham Park, New Jersey, one of the approximately 150 Jets season-ticket holders asked the panel, which also included running back Matt Forte, about player health and safety. Adams, who never mentioned concussions or chronic traumatic encephalopathy, spoke about how much he and others enjoy the game.

"Literally, if I had a perfect place to die," Adams said, "I would die on the field . I would be at peace. Literally. That's not a lie."

The comment drew applause from many in the crowd, a curious response considering the strong focus in recent years by the NFL on concussions and injuries.

"I can't control what other people, how they viewed it," Adams said of the cheers he received. "All I can do is give my point."

Adams, a first-round draft pick from LSU, said during the forum that he wasn't so fond of the NFL rules that often protect offensive players. But he added that he understands why they're in place, and then talked about his passion for the sport before then making his critical comments.

Some former and current players took to social media to question Adams' choice of words.

"I hope all these young cats that are willing to die for the game of football find a higher purpose in life," Green Bay tight end Martellus Bennett wrote on Twitter .

"Here's an idea. Instead of "DYING" valiantly for football" take some of the earnings, create your own business (and) "LIVE" comfortably," former NFL running back Thomas Jones tweeted .

Adams' comments came with the news relatively fresh that Boston University and VA researchers reported in the Journal of the American Medical Association last week that they found signs of the disease in nearly 90 percent of 200 brains examined, including 110 of 111 from NFL players .

"My comments were simply for passion, nothing else," Adams reiterated on Tuesday. "Not one time did I say anything about CTE or say anything negative. I respect it. I understand what the outcome of it is and I know there's families that are affected, but at the same time, everything's about passion, what I said."

Adams spoke to his father, former running back George Adams, and Jets coach Todd Bowles about his comments. The 21-year-old safety preferred to leave his conversation with his father private, but said Bowles told him that "you've got to clear it up".

When asked to measure his feelings for football, Adams said: "Indescribable."