South Africa's Luvo Manyonga said he was "over the moon" after winning the world championship long jump title on Saturday, making up for the disappointment of missing out on an Olympic gold in Rio.

Manyonga, who only returned to formal competition last year after overcoming a drug addiction, led the final from the second round with a leap of 8.48 meters — the third best mark of 2017.

The 26-year-old held off the challenge of American Jarrion Lawson, who in his first senior championships jumped a season-best 8.44 in the final round to claim silver.

The bronze was taken by Manyonga's compatriot Ruswahl Samaai, the leader in the IAAF Diamond League standings, who jumped 8.32.

"The world record is my next goal. Ruswahl and me are pushing each other through the events. I am the best in the world — this sounds great."

Coming from a township just outside of Cape Town, he was given an 18-month suspension in 2012 for testing positive for the recreational drug tik — the local variant of crystal methamphetamine.

The South African admitted previously that at one point he felt about "5 percent away" from death.

After missing out on gold in Rio with his final effort ruled a no-jump, the relief at his win in London was evident as he fell backwards into the sandpit and made an angel imprint.

"I do not feel like thinking about the last attempt in 2016, this brings back bad memories. It does not matter anymore because I have the gold medal now." 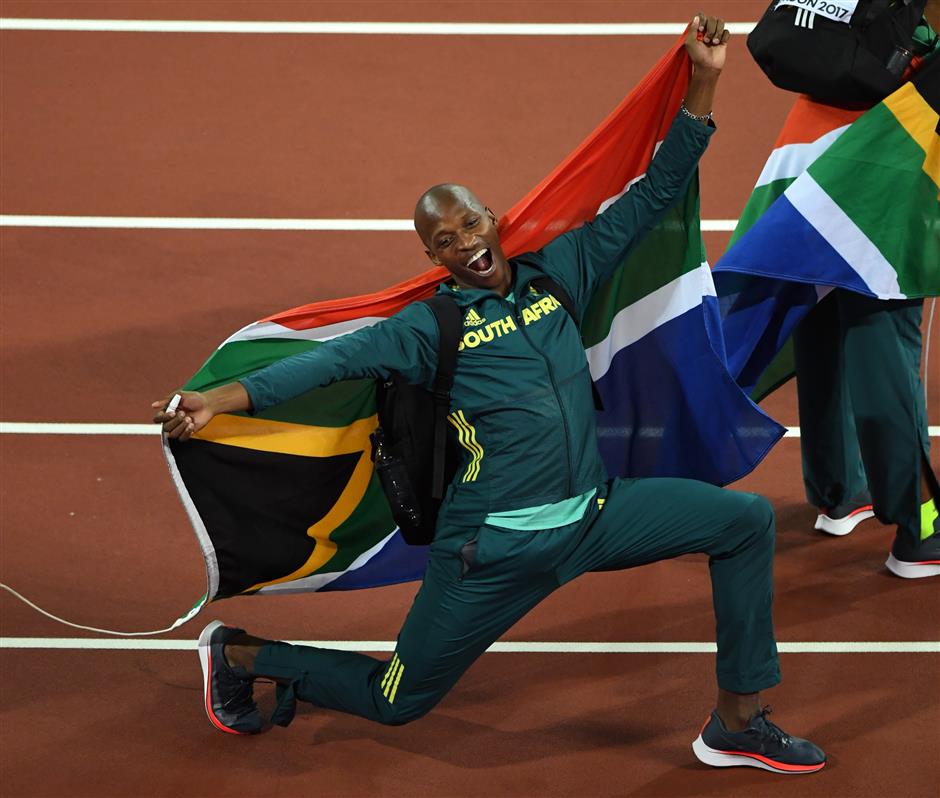 South Africa's Luvo Manyonga celebrates after winning the men's long jump event at the world championships in London on August 5, 2017.