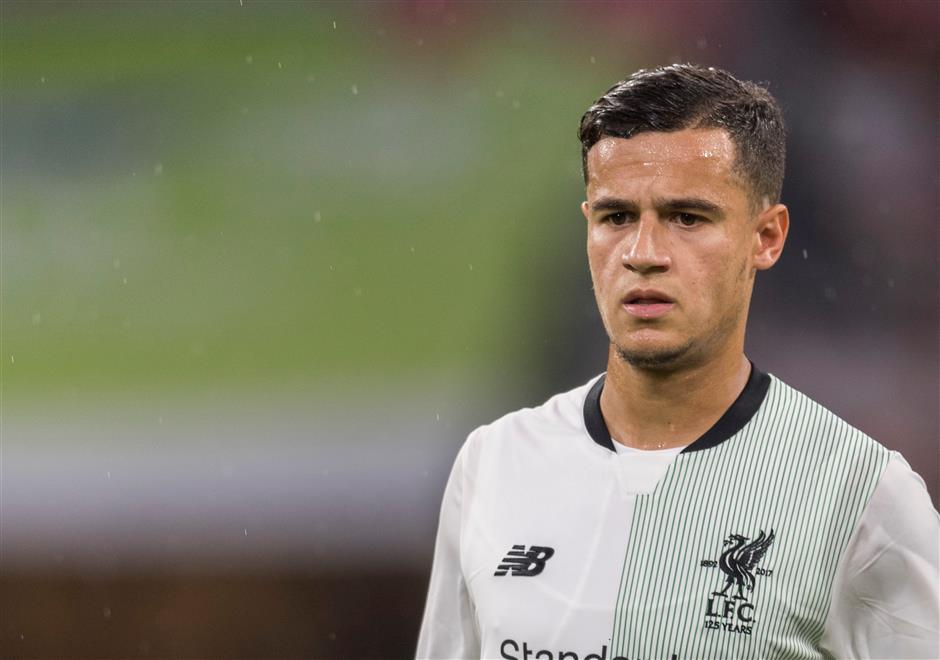 Barcelona is reportedly close to buying Liverpool playmaker Philippe Coutinho for a club-record fee as the Catalans look to fill the void left by Neymar's world-record move to Paris Saint-Germain.

The Spanish giant already had an interest in Coutinho prior to Neymar's 222-million euro (US$262 million) transfer to Paris last week.

And Barcelona-based newspaper Sport reported a deal for the 25-year-old is "a question of hours" with Barcelona officials in England on Tuesday to thrash out a deal.

However, according to ESPN, bonuses could take the total value of the deal to 120 million euros.

Barcelona believes the Brazilian international has the ability to not only replace Neymar alongside Lionel Messi and Luis Suarez in a star front three, but could also provide cover for 33-year-old captain Andres Iniesta in midfield.

However, he was left out of Liverpool's squad for a friendly win over Athletic Bilbao in Dublin at the weekend.

Coutinho already has La Liga experience on the other side of Barcelona as he enjoyed a successful six-month loan spell at Espanyol in 2012.

In 182 appearances for the English Premier League giant, Coutinho has scored 42 goals.

He has also established himself as a regular starter for Brazil since Tite's appointment as coach last year, scoring seven times in 28 international appearances.