Ice hockey makes push to help China get its skates on

Los Angeles Kings' Jeff Carter (left) controls the puck next to Vancouver Canucks' Ben Hutton during the 2017 NHL China Games in Beijing on September 23, 2017. It was the second to two preseason games played in China, with the first one being held in Shanghai earlier.

The National Hockey League went to great lengths to win over the home crowd when the Los Angeles Kings took on the Vancouver Canucks in the first ever NHL preseason game played in Beijing on Saturday.

The Kings won the first of two China exhibitions between the sides 5-2 in Shanghai on Thursday and repeated the feat with a 4-3 shootout win two days later after the Canucks had rallied in the third period, but that was only half of the action.

The corralling of such resources behind the latest attempt by a major league to tap into the country's huge market reflects how keen Beijing is to develop interest in the NHL and how much effort will be needed to make China an ice hockey country.

"There's no question that we are not as popular as soccer or basketball but we are seeing a lot of growth particularly since the 2022 Winter Olympics were awarded to Beijing," David Proper, EVP for media and international strategy for the NHL, said.

China's government has thrown its weight behind winter sports in the lead up to the Games, pledging to get 300 million people involved in cold weather activities before 2022.

It remains unclear, however, how much of this effort will target ice hockey, which is still a little-known and poorly understood sport in China.

China has roughly 1,100 registered players, according to the International Ice Hockey Federation, a fifth of whom are seniors. Russia, meanwhile, has around 105,000 and Canada has more than 630,000.

China does not have a domestic professional hockey league and the men's national team, usually filled with players trained in sports academies in the country's icy north, are a lowly 37th in the latest world rankings.

Kunlun Red Star, a China-based team founded in 2016 that competes in the Russia-based Kontinental Hockey League, has only 60,000 fans on local microblogging site Weibo and plays with a largely foreign line-up. 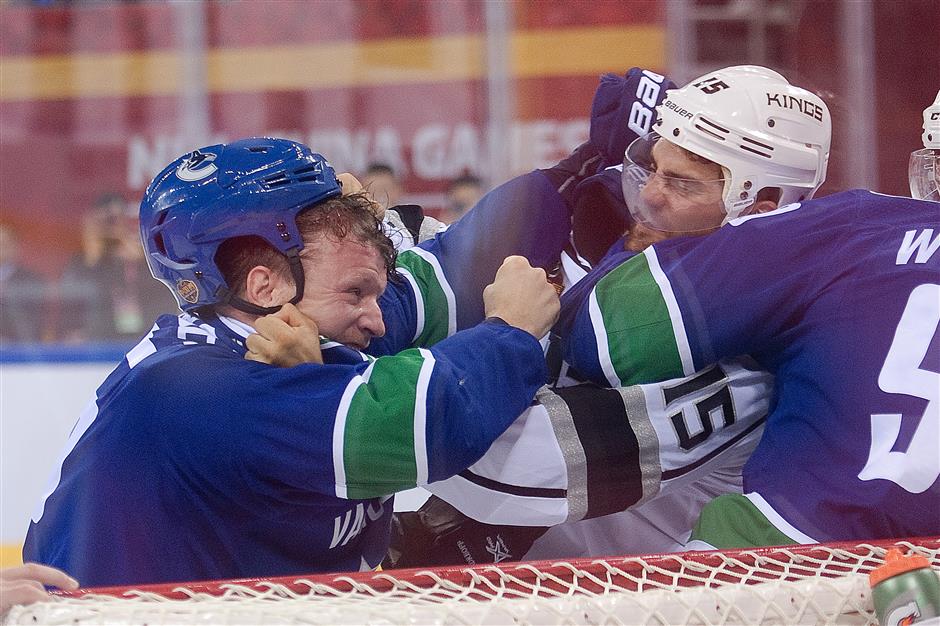 The NHL plans to play six sets of preseason games in China in the build up to the 2022 Winter Olympics. The league has also signed deals with tech giant Tencent to stream regular season games and with the state broadcaster.

"We are still in the infancy of what we are doing here and frankly I'm not expecting huge revenue returns in the short term. This is a long-term play," Proper said in an interview prior to the event.

Even the exclusive rights deal with Tencent to carry 14 games per week was aimed more at educating Chinese fans than making money, Proper added.

"In the short- to medium-term, our media deals in China are really intended as vehicles to promote the game," he said.

Aside from efforts to grow viewer numbers, the league is also hoping to attract more children from China's burgeoning middle class in an attempt to win hearts and minds.

At a promotional event at the United States Embassy in Beijing prior to the exhibitions, former Los Angeles Kings enforcer Kevin Westgarth told children and their parents how the sport enabled him to get an Ivy-league education at Princeton.

Unlike the state-backed training of China's past hockey teams, some local fans now see the future of the sport in the country resting with players who move to the United States or Canada to both study and play.

Song Andong, who became the first Chinese-born player to be drafted into the NHL when the New York Islanders selected him in 2015, moved to the US aged 10 and is currently committed to playing for Cornell University.

But developing youth hockey also faces obstacles as the sport remains expensive to play and also suffers a reputation for being excessively violent.

In April, Song, who is not yet a household name, made headlines in China when he was thrown to the ice during a brawl that broke out during a game between his Beijing team and their rivals from the northern city of Harbin.

"Even if there are assumptions that this is part of the game, it certainly isn't," Proper said.

"We see rivalries play out similarly in North America. It's something we have to get ingrained, that playing over the line is unacceptable in hockey."