No Rodriguez, no problem as Colombia clubs China in Chongqing 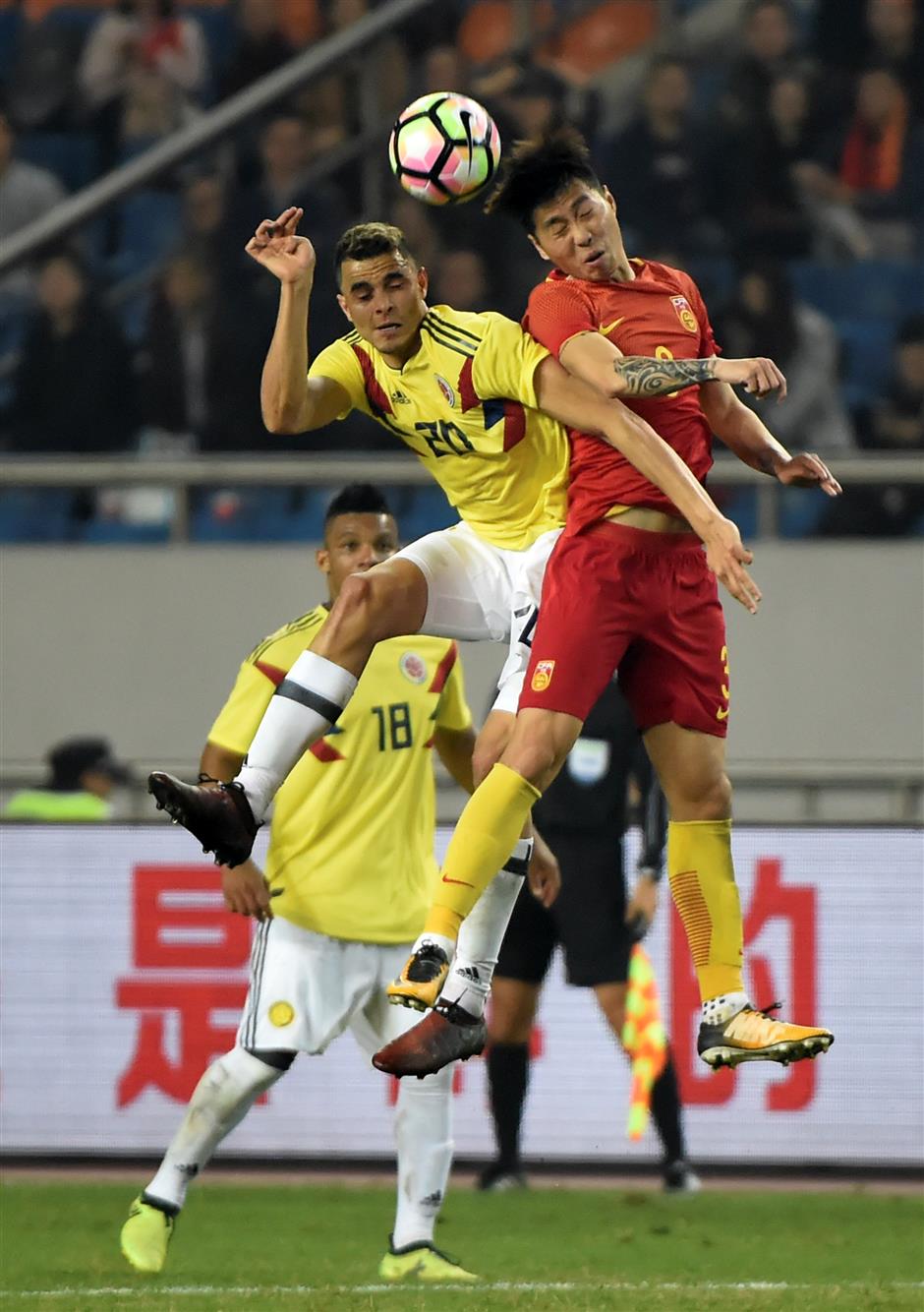 A Colombia side missing James Rodriguez punished China 4-0 away in a friendly on Tuesday as coach Jose Pekerman made wholesale changes from the team defeated in acrimony in South Korea.

Edwin Cardona, who was accused of making a racist gesture in Friday's 1-2 loss at South Korea, was again named among the substitutes for Colombia, which unlike China has qualified for next summer's World Cup in Russia.

One of the changes by Pekerman saw Felipe Pardo start and the Olympiacos winger scored after five minutes, drilling past Yan Junling after finding himself unmarked in the box, with Miguel Borja hitting a second-half brace and Carlos Bacca getting the other.

In a first half of few chances in the southwestern Chinese city of Chongqing, the hosts gave Colombia's attacking midfielder Giovanni Moreno, who plays for Chinese Super League side Shanghai Greenland Shenhua, some roughhouse treatment.

Twice in quick succession he was scythed down as his side headed into the break a goal ahead.

The 26-year-old attacking midfielder Rodriguez was absent after he chose to head back to Bayern Munich — where he is on loan from Real Madrid — after the defeat to South Korea.

And in his absence Colombia was only a sporadic threat up front in the first period.

But China, under Italian World Cup winner Marcello Lippi, is struggling for goals and it fired a successive blank having gone down 0-2 to Serbia at home on Friday.

Its best chance arrived in the 56th minute when winger Wu Lei took advantage of lax Colombian defending to nip in and bear down on goal, but goalkeeper Jose Cuadrado denied him.

Colombia improved after the break and the visitors made it 2-0 on 61 minutes when Bacca, the Villarreal striker, bustled his way through the home defense and toe-poked the ball into the bottom corner.

Five minutes later Colombia extended its lead when substitute Borja lashed in from just inside the box.

Moreno then rattled the underside of the bar with a soaring header, before Borja stroked the ball into an empty net in injury time.

In Ulsan, host South Korea and Serbia scored within five minutes of each other in the second half and drew their friendly 1-1 on Tuesday.

Forward Son Heung-min, who scored both goals when the Koreans won against Colombia on Friday, missed a late chance to give the home side another win.

Captain Branislav Ivanovic made his 100th appearance for Serbia.