Crisis at managerless Everton deepens with no end in sight 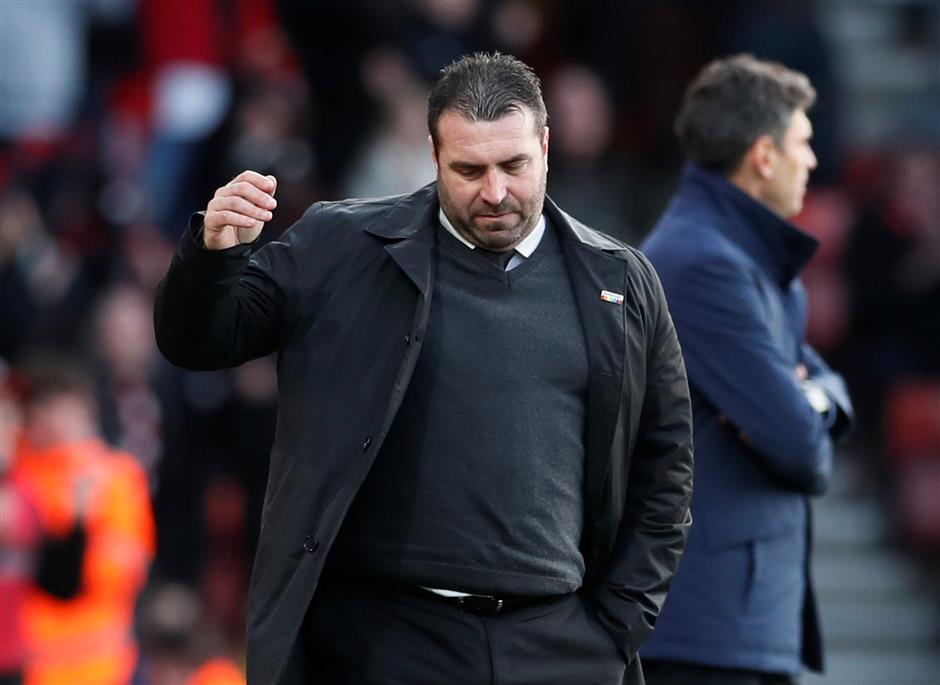 Everton caretaker manager David Unsworth looks dejected by the proceedings on the field as his side takes on Southampton during their English Premier League match at St Mary's Stadium in Southampton on November 26, 2017. The Toffees lost 1-4.

Everton's search for a new manager entered its sixth week on Monday after the team suffered two heavy defeats in four days and former players expressed anger at a club apparently in free fall.

The Merseysiders are one of only seven sides never to be relegated from the Premier League in its 25-year history and have competed in England's top flight for a record 114 seasons.

But Sunday's abject 1-4 defeat at Southampton means Everton has conceded 28 goals in its first 13 league matches — its worst start since 1958-59. It was also thumped 1-5 at home by Atalanta in the Europa League on Thursday.

"We're in a tough moment and we're desperate to get back to some home comforts and play in front of our home fans because I've never known a team that needs their fans more than our team does at the moment," said Unsworth, who says he wants to be permanent successor to Ronald Koeman, who was sacked five weeks ago.

But even playing at home does not bring relief as Everton, which may drop into the relegation zone if it is beaten and has lost more games, five in all competitions, at Goodison Park than in the whole of last season.

No wonder former striker turned TV pundit Gary Lineker called the situation a "shambles" while Andy Hinchcliffe, a former Everton teammate of Unsworth, said on Sky Sports after Sunday's defeat: "There's no game plan going forward or defensively. I'm struggling to work out what Everton are looking to do with the team that they put out."

Everton narrowly escaped the drop in 1994 and 1998 but to be facing another relegation fight now, having lavished 150 million pounds (US$200 million) rebuilding the squad under Koeman last summer, is a major surprise.

The club appear rudderless as Everton's majority shareholder, Farhad Moshiri, continues to scramble around for a new manager. He said an appointment was close last week but the club has been knocked back by rival Watford over an approach for manager Marco Silva and failed to reach agreement with former England boss Sam Allardyce.

Atletico Madrid manager Diego Simeone ruled himself out, leaving Ireland boss Martin O'Neill as the favorite although Football Association of Ireland officials believe he will stay. "The contract is agreed and it is just a question of signing it. As of now, there is no reason to believe that he won't," FAI honorary treasurer Eddie Murray told the Irish Independent on Monday.

Unsworth also has mounting injury problems to deal with.

A calf injury to Leighton Baines means Everton are likely to be without a recognized left back for one of their most important games of the season. Defender Michael Keane, a 30-million pound signing from Burnley, is also struggling to be fit.

Local passions are so inflamed that even the mayor of Liverpool, Joe Anderson, has joined the debate.

"Would love the opportunity to take over, I know it's not just about bottle and fight, but there is no passion," the life-long Everton fan said on Twitter.

"Not one leader, not one on the pitch. I am disgusted with those on and off the pitch."