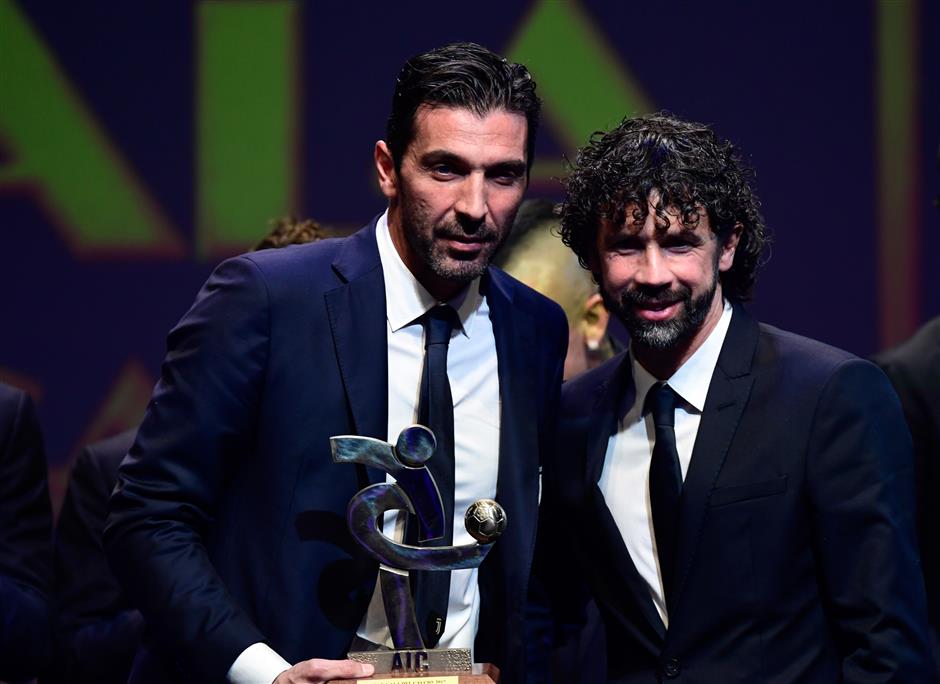 Italy's veteran goalkeeper Gianluigi Buffon has eased some of his World Cup heartache by winning the Serie A best player of the year award.

"I'm happy and proud. I never thought I'd get this kind of trophy, and I'll hold on tight to it because I never won best youngster!" said the 39-year-old Juventus goalkeeper at Monday night's ceremony in Milan.

"The failure to participate in the World (Cup) is the biggest disappointment in my career together with some (lost UEFA) Champions League finals."

Napoli's Maurizio Sarri was named the best coach at the Italian football awards, voted for by the players, for competing for the title with a smaller budget than Juventus.

"Italy-Sweden was the biggest disappointment of my life," he told Sky Sports Italia.

"But we need to move on, the season must end in the best way and with Juventus there are so many goals to be achieved."

Buffon won a tenth Serie A title with Juventus and helped the Turin-based side reach the UCL final for the second time in three years.

He also won a third Italian Cup with Juventus.

Despite the World Cup setback, he has left the door open on a future return for the national side.

"I've taken a period of rest, I'm getting on, I've always been a soldier signed up for the national side and Juventus, so I can't desert," he said.

"Even at the age of 60, if there was a dearth of goalkeepers I'd be available because that's how I conceive the idea of a nation."

It is the sixth straight year that a Juventus player has won the award with Buffon following in the footsteps of Andrea Pirlo (2012-14), Carlos Tevez (2015) and Leonardo Bonucci (2016).

Buffon has said he will retire at the end of this season, unless Juventus win the UCL title.

The Serie A champion plays league leader Napoli on Friday before a crunch UCL game next week at Olympiakos in Greece when it needs a win to guarantee passage into the next round.