England's Justin Rose carded a 10-under-par 62 in the final round of the Indonesian Masters on Sunday to record a dominant eight-stroke victory at the Asian Tour event.

Play was delayed on Friday and Saturday due to multiple weather interruptions, forcing world No. 6 Rose to complete his third round on Sunday morning and the 37-year-old carded 66.

Rose returned to hit nine birdies and one eagle in the last round and record the largest winning margin on the Asian Tour this year at the Royale Jakarta Golf Club.

"It is my last event of the season, to finish the year on a good note and still have a couple of weeks to enjoy this win over Christmas and New Year is really nice, too," Rose said.

"It is the lowest ever winning score (-29) and to win by eight shots, all of that are huge positives.

"The largest winning margin for me in a tournament, to come here with my game in good shape, have to deal with bad weather and jet-lag and stay focused on all four rounds, is something that I am really pleased about..."

The victory completed a fine year for Rose who was runner-up at the US Masters and won the WGC-HSBC Champions in Shanghai and the Turkish Airlines Open in successive weeks on the way to finishing second in the European Tour's Race to Dubai, behind compatriot Tommy Fleetwood. 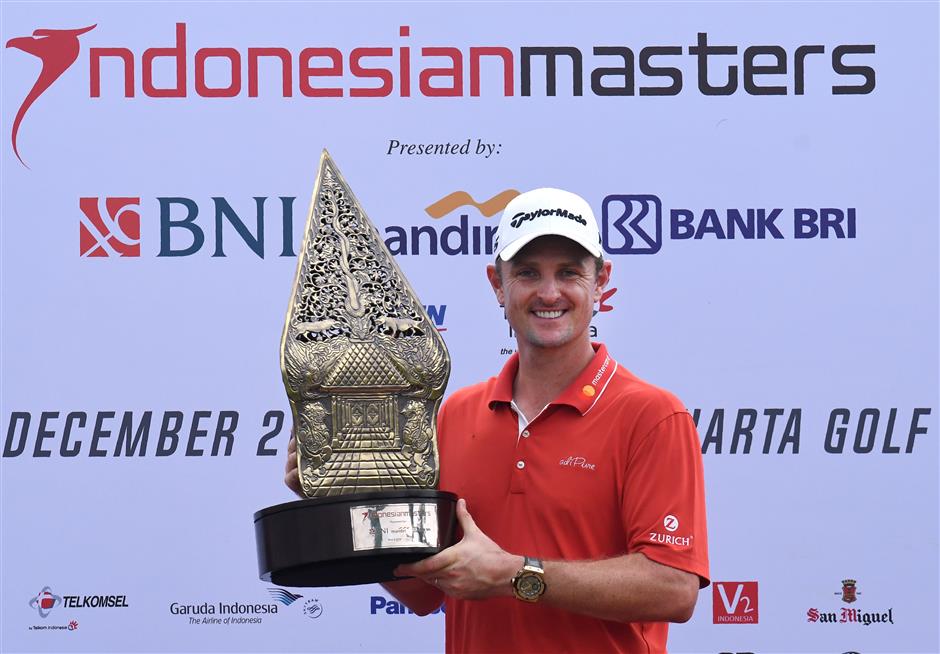 Justin Rose of England poses with the trophy after winning the Indonesian Masters in Jakarta on December 17, 2017.