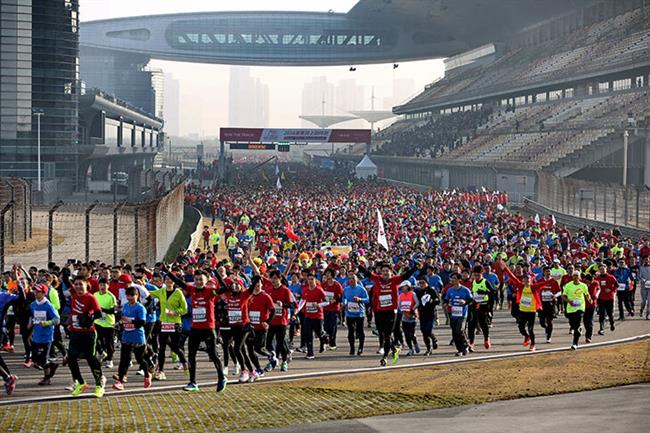 The event will feature 3,500 runners in the 21.6-kilometer race — four laps around the 5.4km circuit. Another 6,000 runners will participate in the one-lap health run.

“Run the Track” was first held in 2015. It encourages runners to welcome the new year in a healthy and viable way.

Held at the venue where the annual Formula One Chinese Grand Prix is staged, runners will experience F1 elements, including being welcomed by checkered flag at the finish line. The organizers will also set a “fastest lap” award, in another reference to F1 races.

Meanwhile, this year’s event has announced a partnership with Italy-based car manufacturer Alfa Romeo. Incidentally, Alfa Romeo is making a return to the F1 World Championship after more than 30 years, having recently become the partner of the Switzerland-based Sauber F1 Team.

Male and female winners of the 21.6km race at “Run the Track” will be awarded six-month usage rights of Alfa Romeo cars.