Thai Kiradech Aphibarnrat eagled the final hole at the Indonesian Masters on Sunday to earn a place at April's Masters, based on a world rankings projection.

The top 50 at the year's end earn invitations to the first major of the year at Augusta National in Georgia, United States.

Aphibarnrat finished fifth in Indonesia, moving up to 51st in the latest world rankings, but the European Tour's Director of Data Management, Ian Barker, who compiles the rankings, said by email that the Thai will rise to 49th in the yearend list.

The projection is possible because there are no tournaments for the rest of the year that will affect the top 50.

The rankings change every week, even when there are no tournaments, because the formula used to calculate them is weighted more heavily towards recent results.

Japan's Yusaku Miyazato also secured a spot at the Masters by finishing fourth in Indonesia. He improved from 58th to 52nd in the world, and is projected to end the year 50th.

Players who are not exempt can still qualify for the Masters by moving into the top 50 in the world the week before the tournament, which will be played from April 5-8. 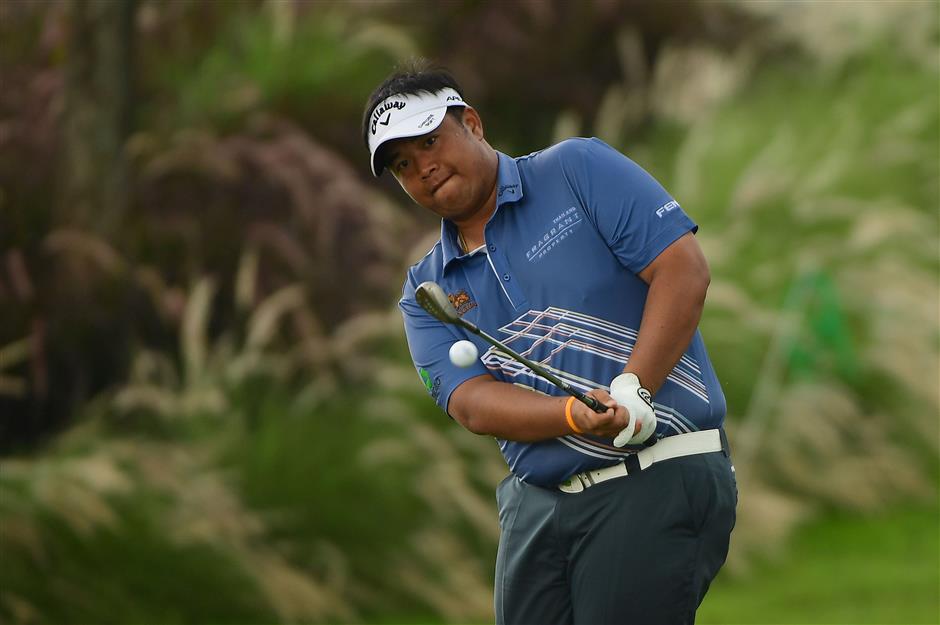 Kiradech Aphibarnrat of Thailand plays a shot during the third round of the Indonesian Masters in Jakarta on December 16, 2017.

Meanwhile, in Orlando, Florida, Angel Cabrera and Angel Cabrera Jr closed with a 12-under-par 60 for a three-shot victory in their debut at the PNC Father-Son Challenge.

The Cabreras opened with a 59 at The Ritz-Carlton Golf Club and were challenged briefly by the defending champions, David Duval and Nick Karavites, in the scramble format on Sunday. The Argentines went out in 30, and they had a two-shot lead with Cabrera's son coming within an inch of chipping in for eagle on the final hole.

They finished at 25-under 199 for a three-shot victory over Duval and Karavites, and Bernhard Langer and Jason Langer. The Langer team won in 2014.

Mark O'Meara and Shaun O'Meara tied for fourth at 21 under with Jerry Pate and Wesley Pate.

Cabrera wasn't even in the field until two-time US Open champion Curtis Strange and his son, Tom Strange, had to withdraw.

Duval and his stepson went out in 28, but the Cabreras regained control by starting the back nine with back-to-back birdies, and then making birdies on the 13th, 14th and 16th. The final birdie allowed them to tie the tournament scoring record.

The popular event is for players who have won a major championship or The Players Championship. It is a scramble format both days.