The Australian Open men's singles final between champion Roger Federer and sixth seed Marin Cilic got under way on Sunday with the roof closed at Rod Laver Arena due to hot weather, triggering a hailstorm of criticism from former players.

The roofs of the main showcourts at Melbourne Park are usually kept open unless the tournament's extreme heat policy is invoked, when the temperature exceeds 40 degrees Celsius and a key humidity threshold has been surpassed.

The temperature was 37 degrees when Cilic and Federer took the court.

Tournament organizers said the wet bulb globe temperature, or the humidity measure, was above its threshold of 32.5.

"With no dramatic reduction in the WBGT reading forecast (at 8.30pm forecast was 32.5) the referee exercised his discretion and called for the roof to be closed," organizers said in a statement.

"At no other time during the event this year has the WBGT reading reached the threshold."

"It's an outdoor tournament — it's like Wimbledon. Why is the roof closed?" the Australian said during commentary for BBC radio.

"The way Roger plays, he swings so hard at the ball and takes it so early, any wind or variation of the ball moving will take it away from him. It's why he's one of the best players ever indoors."

"Absolutely ridiculous that the roof is closed for the Australian Open. GS are outdoor events. Yes it’s hot but the court is under shade and an evening match," tweeted British former US Open finalist Greg Rusedski.

During the first week of the grand slam, players battled through two days of 40 degrees Celsius heat fully exposed to the conditions, as organizers declined to invoke the heat policy.

A number of players criticized the policy, saying it was placing their health at risk. 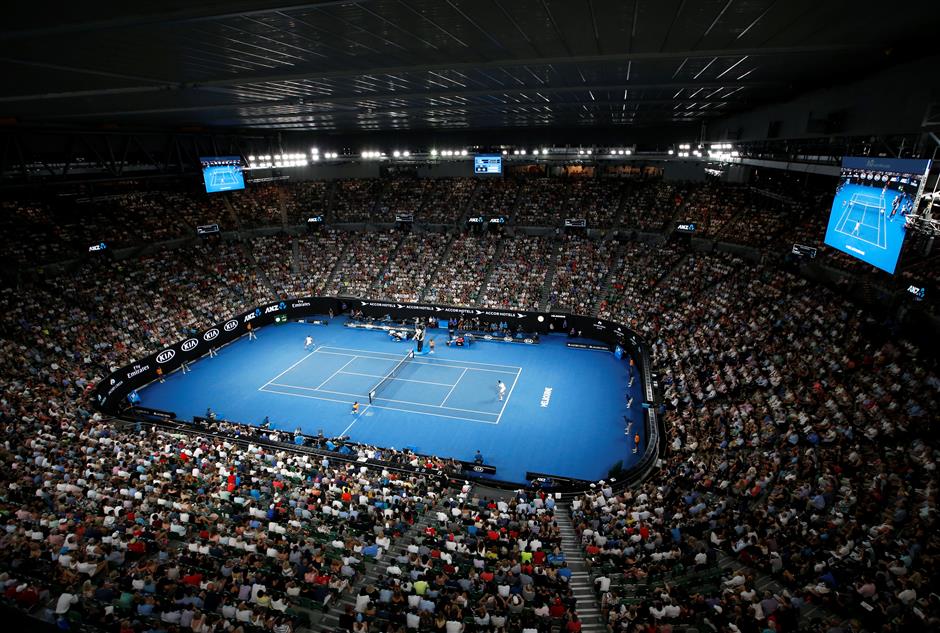 The roof of the Rod Laver Arena at Melbourne Park is closed during the Australian Open men's singles final between Roger Federer of Switzerland and Croatia's Marin Cilic on January 28, 2018.