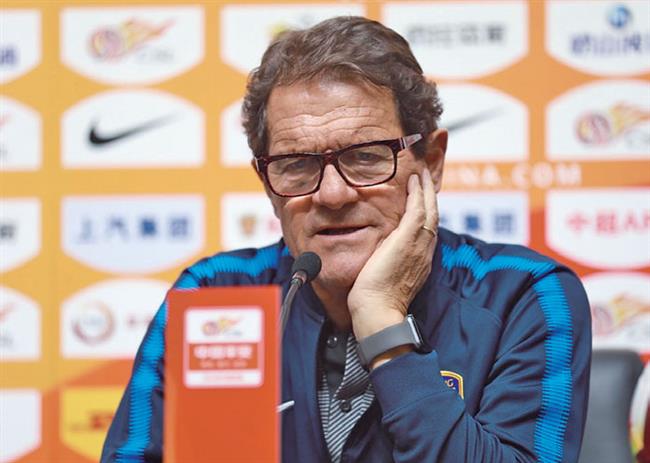 FORMER England manager Fabio Capello is reported to have ended his contract with Chinese Super League side Jiangsu Suning.

According to Titan Sports, Capello “has a difference of opinion” with management officials at the Nanjing-based club. He is said to have left the Jiangsu Province capital on Monday though the club is yet to make an official announcement.

The 71-year-old Italian signed an 18-month contract with Jiangsu last June, and was due to lead the team until the end of the 2018 season. Jiangsu is currently 12th in the 16-team CSL on three points. It beat Guizhou Hengfeng 3-1 in the opening round, but lost the next two matches to Beijing Guo’an and Chongqing Lifan.

Titan said the team’s poor performance was not the major reason of Capello’s departure, however. Instead, the Italian had disagreements with the club’s management officials, including over the choice of foreign players.

Capello wanted to keep Cameroon striker Benjamin Moukandjo instead of Brazil midfielder Alex Teixeira, Titan reported. However, the club officials opted for Teixeira while sending Moukandjo out to Beijing Renhe on loan.

It’s not the first time that Capello has been reported to have considered leaving the CSL side. The rumors first arose before the start of the season, though the former Real Madrid boss was said to have changed his mind later and withdrew his resignation.

Jiangsu was second-last with only eight points from 12 rounds when Capello took over from South Korean manager Choi Yong-soo last summer. It eventually finished the season in 12th place.

According to their contract, if Capello hands in his resignation Jiangsu will be still responsible for his salary this year, but does not need to pay the default for breaking the contract.

Romanian veteran Cosmin Olaroiu has been strongly linked to the Jiangsu hot seat as Capello’s replacement.

Olaroiu has rich experience in coaching top clubs in the Arabian Peninsula, including Saudi Arabia’s al-Hilal and al-Ahli as well as al-Sadd of Qatar and al-Ain of the United Arab Emirates.