Nico Rosberg, 2016 Formula One world champion, is backing his former team Mercedes to come charging back at the Chinese Grand Prix after it finished behind Ferrari in the first two races of the 2018 F1 season.

However, Rosberg expects the German team to make amends on Sunday.

“Mercedes is still very strong but Ferrari has done a great job. They are putting up a great fight, which is great for all of us. We love watching races when it is like this. You never know who is going to win. And that’s exactly what F1 needs,” Rosberg said.

Rosberg, who has a dual German–Finnish citizenship, was speaking at a Heineken-sponsored F1 activities in downtown Shanghai. The Dutch brewing company is the title sponsor of the Chinese Grand Prix in Shanghai.

In the city to promote “safe and responsible driving” as ambassador of the brewing giant, Rosberg said Shanghai was “very close to my heart.”

“For me this is a very, very special place … close to my heart. Because I won my first-ever F1 race in Shanghai in 2012. After six years in F1 and 111 races, I finally got that win. So it was very emotional. I was also racing against Michael Schumacher who was my teammate at Mercedes. I will forever remember this. So it is great to come back here as a world champion.” 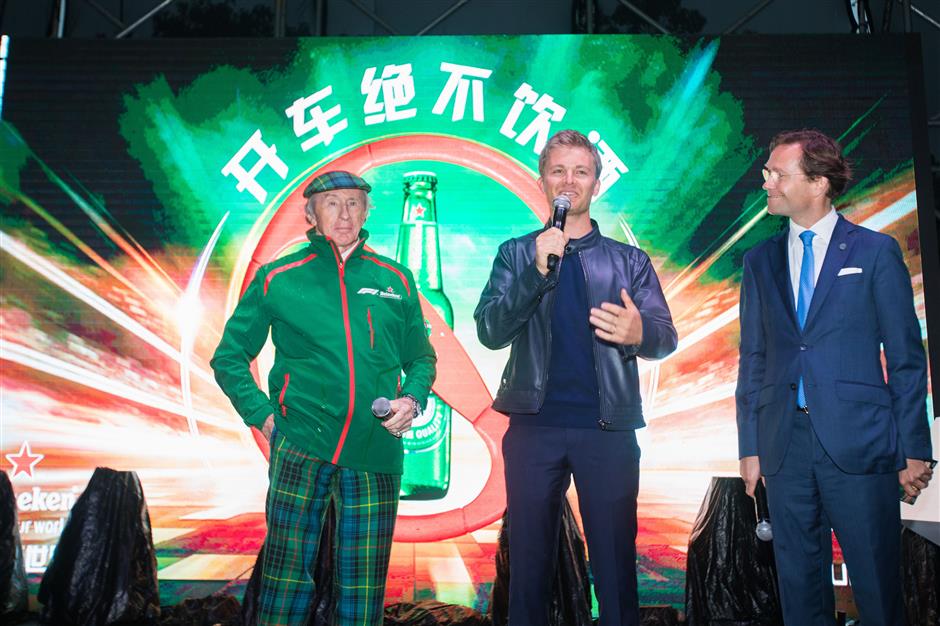 Britain’s David Coulthard, who raced for Williams, McLaren and Red Bull between 1994 and 2008, also expects Mercedes to seize the chance in Shanghai.

“If it rains, I think Red Bull may have a chance but it could be anyone if it is dry. I think Mercedes will have a big push to make up for the missed opportunities in Melbourne and Bahrain – both races they could have won as well. In terms of the race track, it is a challenging track ... high speed turns, reasonably good for overtaking so that’s good for racing.”

Coulthard, who raced in Shanghai first in 2004, wants to see more local participation in motor sports in China.

“The actual race track, the infrastructure is really good. I don’t think there is any need for changes there.

“But (effort has to be made) to engage with the local audience, with the grassroots, more motor sports, more young boys and girls coming to karting and getting an opportunity to race on the world stage,” Coulthard said.

Rosberg, meanwhile, is betting big on Formula E – the all-electric racing series of which he is one of the investors.

“I get to demonstrate the new Gen2 Formula E car – the new prototype that is built for the next season. It is very futuristic with new battery pack for much longer distance. It is a much more efficient electric car. I will be driving in Berlin (ahead of May’s Berlin E-Prix), my home city, in front of home fans ...

“It is nice to part of Formula E as well. It is very separate from F1. They are not in competition with each other. F1 has an awesome future but FE will also have a great future, because there is hype and that’s the direction. We all care about our society and about our planet and we know that electric cars will open the way to a much sustainable future.

“I really hope Shanghai also embraces Formula E and we can have a race here very soon. I know there are some chances so I really wish that it happens because it is such a great way to send out a strong message as well. 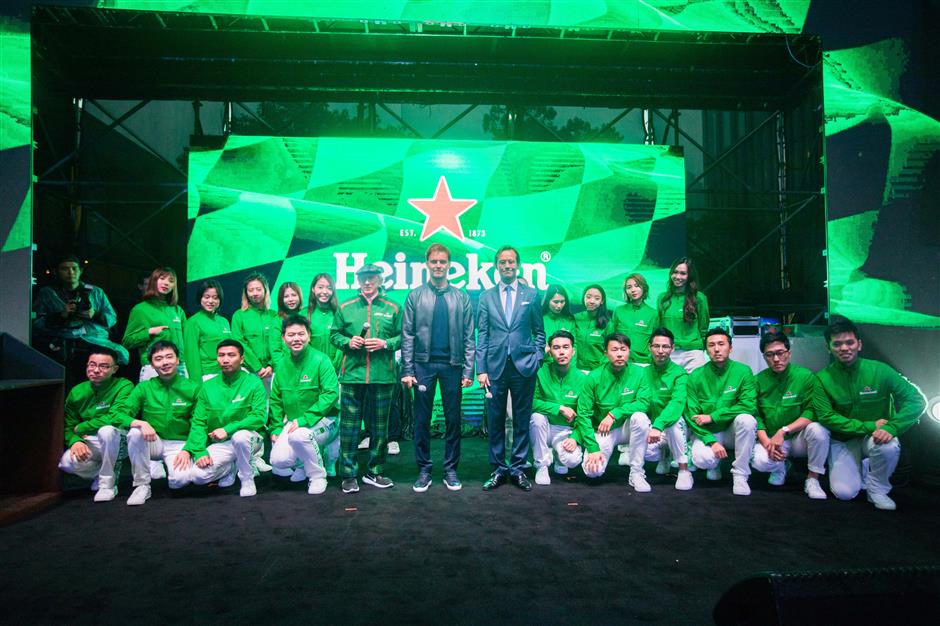 2016 F1 world champion Nico Rosberg (center) poses with 20 selected Formula One Grid Crew who will be on the track on race day on Sunday.

At the fan event in downtown Shanghai, Jacco van der Linden, managing director of Heineken China, said the three-day fan event in downtown Jing An Kerry Center was part of their efforts to get motor racing closer to the people with particular emphasis on “responsible and moderate consumption.”

“When You Drive, Never Drink” is the message.

“F1 is a premium brand sport while we are an international premium brand beer. We can play a huge role in making F1 accessible to the people, we try to get them to the people. This race weekend doesn’t only happen at the Shanghai SAIC International Circuit but also happens in the heart of Shanghai,” he said.

“We are doing it also in 10 other cities in China, at every level, even in local stores,” Jacco van der Linden told Shanghai Daily.

“Over the past 15 years, F1 has become well rooted in Shanghai and the race is considered to be one of the best sporting spectacles in China,” he said.

With F1’s American owners banning grid girls before the 2018 season, Heineken has come up with its own Formula 1 Grid Crew program in China.

“We have selected 20 consumers who will fulfill the task that previously was done by the grid girls,” Jacco van der Linden said. “They will be on the race track on Sunday.” 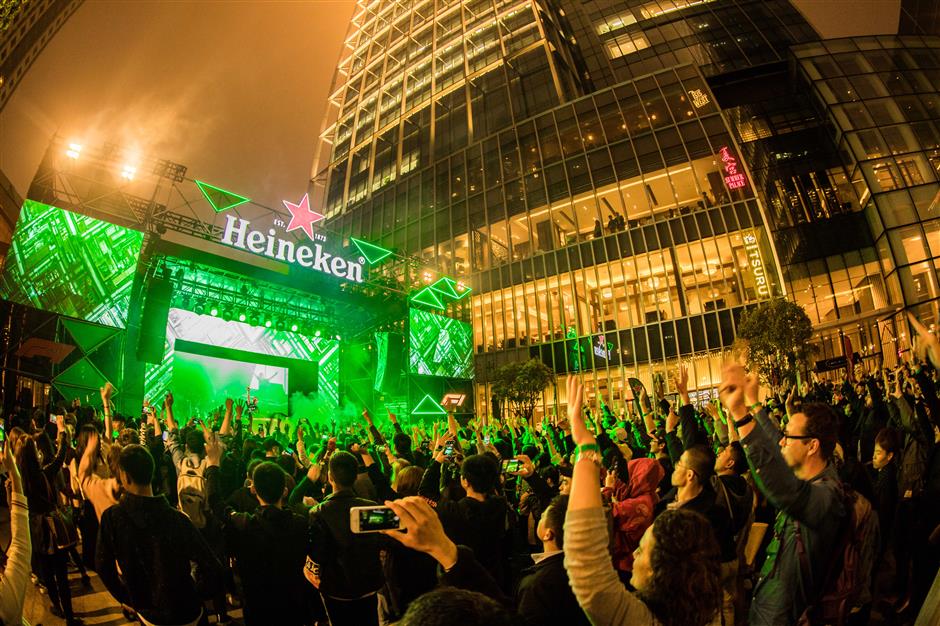