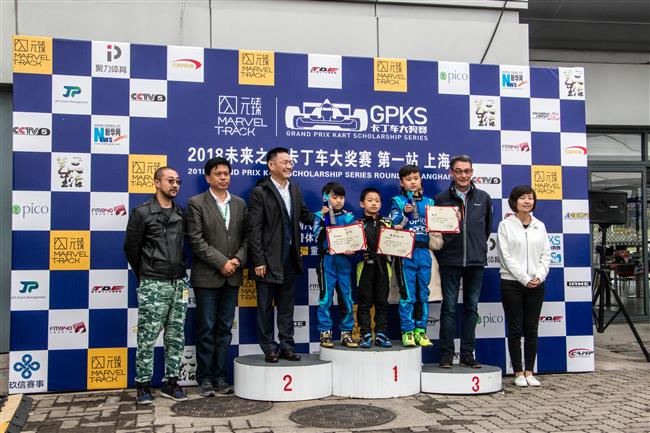 The GPKS has scheduled five races this year.

The curtain for the 2018 Grand Prix Kart Scholarship Series was raised at the Shanghai SAIC International Circuit’s Kart World over the weekend.

Coming into its second year, the series aims at providing a fair and standard competition platform for Chinese kart drivers aged between 7 and 15. Young drivers are provided with karts, technicians and other backup support, including professional trainers, so that the families don’t have to spend unreasonably.

GPKS uses cars provided by Italian kart manufacturer CRG. Technicians are responsible for getting the cars ready for race and help young drivers adapt to the vehicle.

This year, the series has named Pascal Jamois as race director. The Frenchman is the vice president of ACO Karting Le Mans.

GPKS has scheduled five races this year. After the opening leg in Shanghai, which was held over the weekend, the series will visit Beijing, Zhengzhou (Henan Province) and Wenzhou (Zhejiang Province) before returning to Shanghai in September.

The young kart drivers visited Formula One team paddocks during the race weekend in Shanghai.